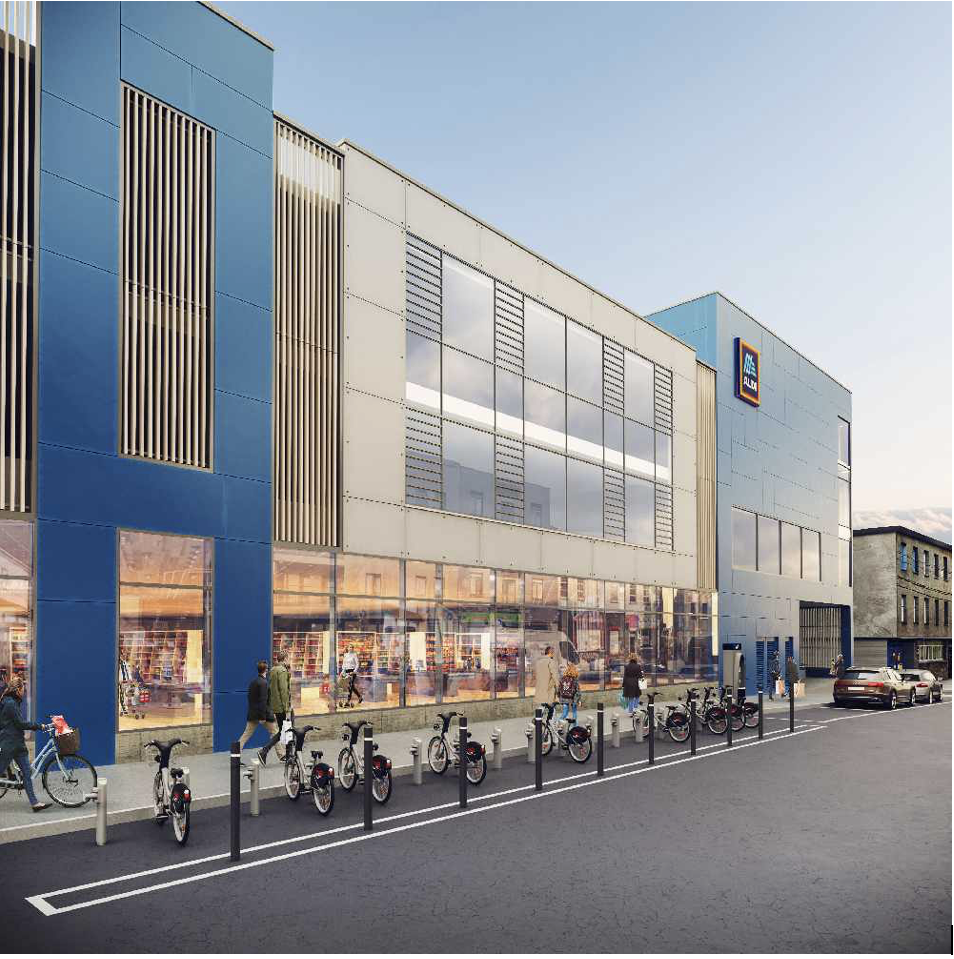 Supermarket Giant ALDI has been approved for planning on Roches street in Limerick City and is set to open in early 2023.

Their expansion plan which is in its third year, will see a further nine Aldi stores being opened in Ireland. The new store is set to create 30 permanent positions in-store and an additional 80 construction jobs.

Currently, Aldi is running 142 stores and employing over 4,000 people across the nation.

The Aldi in Roches Street will be the fourth in Limerick, but the first to be powered by 100% green electricity. This is under Aldi’s new Project Fresh Design, which has already won it the ‘Best New Store Award’ in 2020.

Aldi plans to invest in the future of Limerick City by introducing three electric vehicle charging points, all of which will be free to use.

A study which occurred in February found that 87% of people are happy that an Aldi is opening in the area and 89% of people will most likely do their shopping there.

Commenting on this, Mr Breslin said, “Our Swap & Save campaign reminds shoppers about the saving that can be generated by swapping their weekly shop to Aldi.”

Although the existing stores were not built under the Project Fresh Design, they are all included in Aldi’s food waste reduction programme. The three Aldi stores already in Limerick which are situated on, Childers Rd, Dublin Rd and in Newcastle West, have donated over 40,000 meals to charity through the organisation FoodCloud.

Alongside this programme, each store is also a part of Aldi’s Community Grants Network. This scheme has given €500 bursary grants to a number of Charities in Limerick such as, Irish Cancer Society & Barnardos Family Support Service Limerick South.

For more information, contact the Aldi Press Office on 01-6610402 or email tomdelaney@gibneycomm.ie