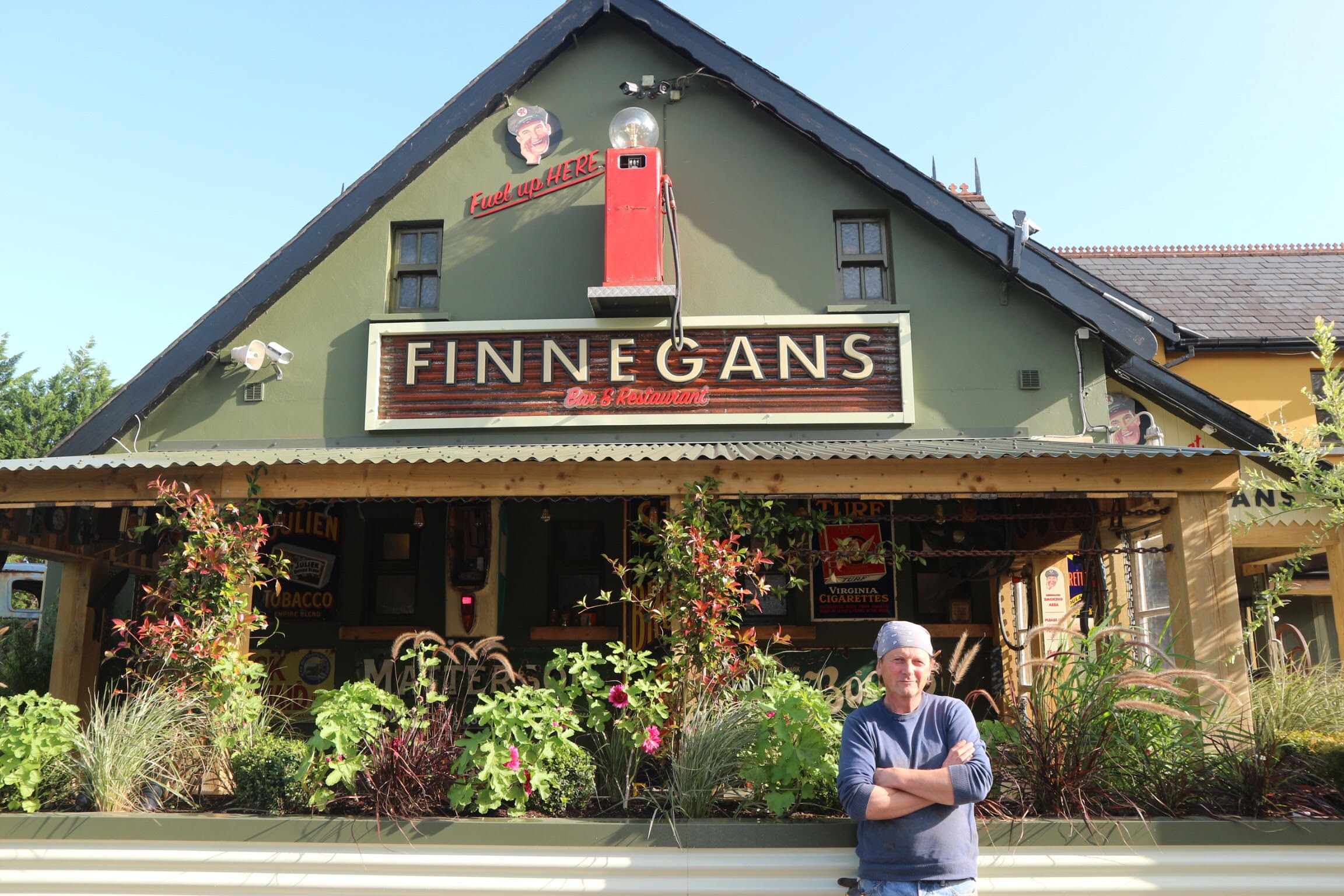 WINNER of RTE’s Super Garden in 2017 and silver medallist at Bloom Festival in the RDS, Des Kingston from Ballyneety has taken on the task of making MJ Finnegans Bar and Restaurant a national landmark pub.

Des who is known for his eclectic style, mixing both retro and vintage styles, was asked to improve certain areas of the premises and is now using the opportunity to attract more commuters into Limerick.

“I did a plan for them, drawings, photographs and mood boards, which showed them the style that I wanted to use. Between the two of us we formulated a brief as we went along. It then kind of evolved itself, which is a nice way to plan things because a certain amount of spontaneity always leads to success.”

A once famous coach stop and forge, Finnegans restaurant is already somewhat of a local landmark, dating back to the 17th century.

“The ultimate plan is to make it more of a national landmark. It’s very well known in this area but maybe not so well known further afield in Ireland. Something along the lines of Johnnie Fox’s in Dublin or even Durty Nellys in Bunratty is what we are thinking. It already has a great reputation and it’s been here for years so we are hoping to build and expand on that,” he says.

Des’ quirky collection of pieces fill the smoking area and garden – from deer antlers and old fuel pumps, to an old motorcycle and the shell of an old vintage car. Des has added his personal touch by using some of his own collection of pieces, along with pieces Finnegans had themselves.

“I had a good collection, but so did they. Both of us put our resources together, they had a lot of things in the shed that were just sitting there and I brought them out and gave them a new lease of life.”

Explaining where he sources the pieces he uses to re-style a building, he says “I have a lot of contacts in all kinds of businesses and I’ve friends who have an appreciation for junk like myself. I go to salvage yards, scrap yards and metal recyclers. I love repurposing old things, when I see an object like an old petrol tank off a motorcycle, or anything, I start to think about, well what could it be, besides what it already is.”

Phase one of the project is currently being completed.