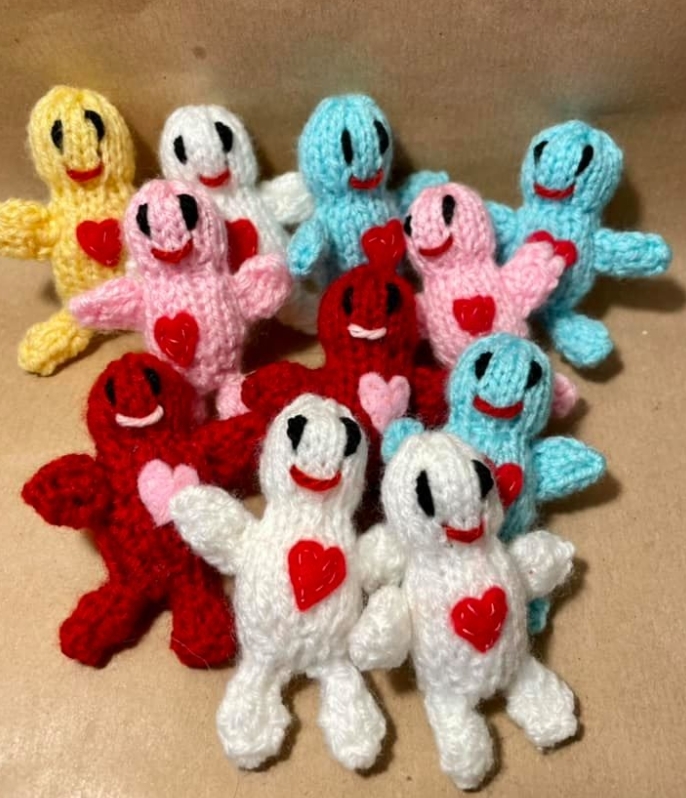 The second-year University of Limerick chemistry student has seen her knitted hugs reach far and wide since she started ‘Isobel’s Knitting Addiction’ in January.

Her first contact with the craft was at the age of seven, where she picked up the necessary skills from her mother and her granny, who owned a sewing shop in Shannon, she said.

Since then, the 19-year-old has been enjoying her academic pursuits and hadn’t found the time to pick up the needle and thread until the start of the first lockdown last year.

“Suddenly I found that I had a lot of time. I saw an ad online for volunteering to knit toys for Team Hope’s Shoebox Appeal. I started knitting again for that. I officially started the business in January.”

“I am a committee member in the UL Crafts Society, as well as their Public Relations Officer and take charge of their social media. I have been doing that now for a while. I was talking to people who have their own businesses and I decided to take the leap and set up my own,” she explained.

At this point, many of her friends were looking for knitted goods.

Isobel admitted that she went into the part-time business venture without any real expectations.

An excess of time, the absence of work and the convenience of not having to physically leave the house in pursuit of a job provided the perfect platform for ‘Isobel’s Knitting Addiction’ to become a viable source of income.

It wasn’t until Isobel took a real shot in the dark, that the business began to flourish.

“I’ve had the most success through Facebook. I was posting into different groups. The one that had the biggest breakthrough was a picture of one of my knitted hugs at the Shannon Point. I posted it into the Shannon Community Group and there was an amazing local response. I received over 60 orders for knitted hugs on that day”.

Isobel stated the Knitted Hugs are by far the most popular due to pricing and their suitability in sending to family, friends and relatives living at home and abroad.

So far, they have reached the United States, Canada and the U.K.

The former student of St. Patrick’s Comprehensive school in Shannon also feels that their small stature has made them the perfect option to post through the letterbox of those who have been cocooning since the pandemic began.

“It’s homemade and has a personal touch. That’s why people like it so much. I put my own writing on the front of it, in the form of a personal note. I talk to people when they are buying it. I’ve been able to connect with so many people throughout Covid-19, even though it is a time when you don’t really connect with many people.”

“People can’t physically give each other hugs, so being able to send one of these knitted products means so much.”