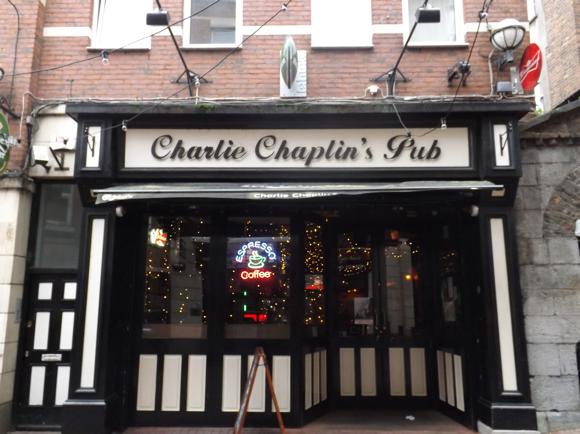 Limerick pubs are feeling the hit of losing their Christmas period after Taoiseach Micheál Martin announced that wet-pubs will not be reopening, despite original level 3 guidelines.

Crew Brewery founder, Jono Crute, says that it is the unpredictability of closures that have affected his business the most.

Mr. Crute said: “We thought at the end of this 6 weeks we’re going to at least have the outdoor service, so we invested in outdoor furniture, heaters, gazebos, everything to make it a really welcoming outdoor space that people could enjoy, and now we’ve found out that it’s still basically level 5 for pubs.”

General manager of Charlie Chaplin’s, Joe Holland said: “What kept us going throughout the first lockdown was the prospect of opening for Christmas. We’re going to be facing a long hard road to recovering the losses of this year.”

Limerick pub owners feel that government guidelines should have been more clear from the outset of the lockdown and more notice should be given so there is adequate time to prepare for reopening.

“We have no issue with not opening if it’s not safe, but we felt that outdoors would have been safe and we had prepared for that as a result of [government] advice,” said Mr. Crute.

“The reality is that we run a social industry at the worst time in modern human history for socialising,” he added, “so it’s not exactly a surprise that there are limitations on what we can do”.

With the decision to allow gastropubs to open, many local businesses have had to think about opening a kitchen to stay afloat.

“If we need to serve food in order to keep our family’s fed and rent paid, we will have to,” said Mr. Holland.

“You don’t plan to be closed,” added Mr. Crute, “there’s still rent to be paid and insurance to be paid. Just because you’re not operating doesn’t mean you’re not spending that money”.

“You can’t just close doors and come back in 6 months in the same position, it’s frustrating to sit here and hope you reach open before you reach no money,” Mr. Crute said.

The Christmas period is the busiest for the hospitality sector and provides much of the income for their year.

Mr. Holland said: “We heavily rely on this time of year to push us over the line, in terms of covering costs throughout the year and looking into the new year.”

“Usually we start planning for Christmas during the summer,” he continued, “creating festive drink menus, planning decorations and ensuring the staff are prepared.”

The Limerick community is what is keeping these local businesses optimistic for the future. “If it wasn’t for the people of Limerick we wouldn’t be here today,” Mr. Holland said.

“Over Christmas we get all walks of life,” he added, “Faces we haven’t seen in years. A lot of reunions, old college friends reliving their glory days; Office parties, family gatherings, tourists, you name it.”

Mr. Crute agreed, saying: “The support has been ridiculous, everyday we get people messaging us asking what they can do or how they can help. It gives us hope for when we can reopen.”