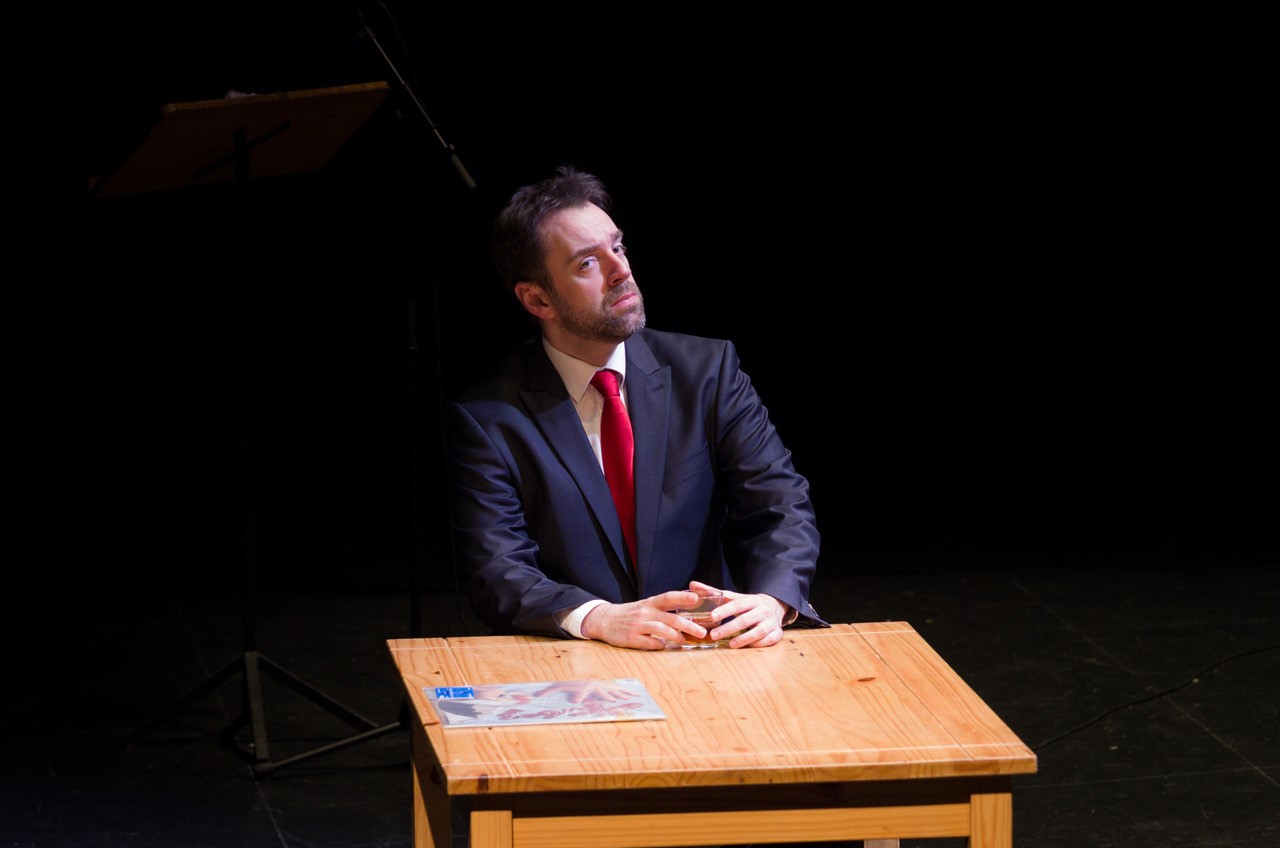 Limerick’s Belltable theatre, in association with Bigger Picture Projects, invites you to join them for Let There Be Theatre this Saturday.

Let There Be Theatre, which marks one year to the day when most theatres in the world shut their doors, will run a special showing of White Rabbit Red Rabbit featuring Liam O’ Brien of The Bottom Dog Theatre Company live on Zoom from Belltable Connect.

With no rehearsal, no director, a different actor each night, and a script waiting in a sealed envelope on stage, internationally acclaimed White Rabbit, Red Rabbit, by Iranian writer Nassim Soleimanpour.

The show “an audacious theatrical experiment and a potent reminder of the transgressive and transformative power of theatre.”

Now, ten years on, the play White Rabbit Red Rabbit has become one of the most widely performed plays in the world, having been translated into over 30 languages.

This Saturday, Limerick actor Liam O’Brien will read the script cold for the first time in front of a live zoom audience. Liam joins over 80 performers around the world in this unique event, #LetThereBeTheatre, celebrating the communal power of theatre.

Friday the 13th of March 2020 was the day most theatres in the world had to shut down. Initially it was thought that the closure would last just one month or maybe two or until July at the very latest.

It soon became clear that most venues had to remain dark until now – March 202; the longest theatre shutdown in modern history.

To mark the day, Aurora Nova has invited theatres worldwide, including Limericks renowned Belltable, to mark the anniversary of that day by creating an extraordinary global event that celebrates live theatre and the resilience of our sector. An event they have said: “Generates much needed income as well as hope and inspiration in this time of uncertainty and isolation.”

The play requires no set, no direction and no rehearsal. It is a one-time experience because the performer will have its opening and closing night of this play at the same time. At 8pm in every time zone, there will be a multitude of shows starting at the same time for 24 hours, thus creating a vast global theatrical community.

Tickets cost 10 euro and the show starts on Zoom at 8pm.

Tickets for the show can be purchased here.