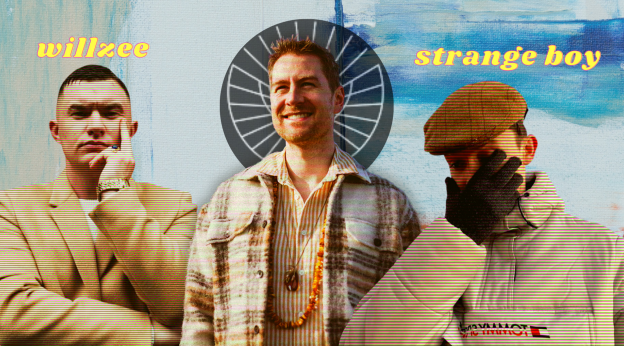 By: Christine Costello and Katie Flannery

Music producer Enda Gallery has been making a name for himself within the Irish music scene for the past few years and is determined to put Limerick artists on the map.

Gallery’s influences on the industry are present not only in his own music, but also in his production prowess and unique ability to seek out Ireland’s overlooked talents.

After eight years in Berlin, Gallery followed his heart back to Ireland to continue his work with Limerick’s burgeoning musicians.

“I think there’s still a need for the industry side of things to support that. There are so many talented people still not getting the recognition they deserve. If they were in the Dublin scene, they would be much more recognised because the industry is around them there,” said the Kildare native.

“I think there’s still some people in Limerick punching above their weight, but not being recognised as being so great. I think there’s more to come, but it’s an amazing time for an amazing place. Super rich with special characters and special people, each one of them with deep souls,” he added.

Gallery’s story begins – and continues – with a series of gut feelings and impulse decisions.

Whether it was sacrificing a secure job in accounting in favour of music or embarking on a meditative retreat to India, Gallery is a firm believer in the power of instinct and heart-led decisions.

“I think that’s the whole thing about following your heart. Your heart is this deeply wise organ that can see the whole truth before the mind can catch up and see what’s going on. The mind is all about trickery, strategy and seeing patterns, but it’s such a tiny intelligence compared to the heart.”

Gallery produces a small pool of Irish artists on his Berlin-Irish label: WELCOME TO THE NEW WORLD (WTTNW), founded as a collective of artists and creatives in 2017 before becoming an official record label and MGMT company in 2018 with its first release from Delush (Enda Gallery).

Last year Gallery and Makay featured on RTÉ’s ‘Ireland in Music’ programme with their moving performance of ‘The Greatest Gift’, written and produced by Gallery and performed alongside the Afro-Irish soul-singer.

“It was a lovely experience to get back singing live with Tolü and perform our song with a bodhrán and harp on it. I love mixing up genres and instrumentation like that,” he recalled.

Both Limerick signees were introduced to Gallery through a collaboration on his single ‘It’s Alright’.

The track featured a verse from Strange Boy following a recommendation from a friend, while Willzee was met on set while filming the video.

Gallery is currently preparing for the release of the long-awaited debut album, ‘HOLY / UNHOLY’ from rapper Strange Boy, which is due to be released this summer.

The album, produced Gallery, is set to feature Grammy award-winning vocalist Moya Brennan of Clannad on its opening track.

The accompanying music video was directed by Limerick’s Shane Serrano of Crude Media.

Discussing the track, Strange Boy said: “I’ve lots of memories of growing up in Limerick, good and bad. With ‘Waiting’ I wanted to put into perspective how my hometown shaped my personality.”

Gallery says he was extremely moved by the album the majority of which was recorded in his grandfather’s house in Kinfenora, where the rural Irish scenery served as perfect inspiration for their creative process.

“It breaks my heart open to hear it [the album]. I feel like we are witnessing one of the all-time greats.”

“It was the perfect space to be in Kilfenora, looking out at the hills and the green, the skies and the birds, sunrises and sunsets. I had my flute down and my guitar down, composing this traditional Irish music and made thirty to forty tunes in a few months,” he recalled.

Gallery promises it to be a unique listening experience and a watershed release for the future of Irish hip-hop.

“When people hear this Strange Boy album, it’s going to open a lot of people’s eyes to what is possible and open the door for quite sophisticated mixing of these genres. It’s easy to do a prototype where you put a bit of this and a bit of that and it can be successful and interesting, but sometimes maybe not great musically. I think when people hear this, they’ll think ‘wow, this is great music’, and it works amazingly well.”

“It’s returning to the idea that hip-hop as it’s been in Ireland for the last ten years has been super influenced by America and the UK. But we have this history of poets and equally there can be this connection between poetry and rap in that same way. Instead of it being this isolated thing, it’s re-integrating with our own history.”

Strange Boy, Willzee and Tolü will be joining Gallery on tour of the U.S. in March 2022.

“How do we make sure these artists based here can still reach the rest of the world? It’s not enough to be just playing around Limerick to make a living off it. In a way it should be, but it’s not.”