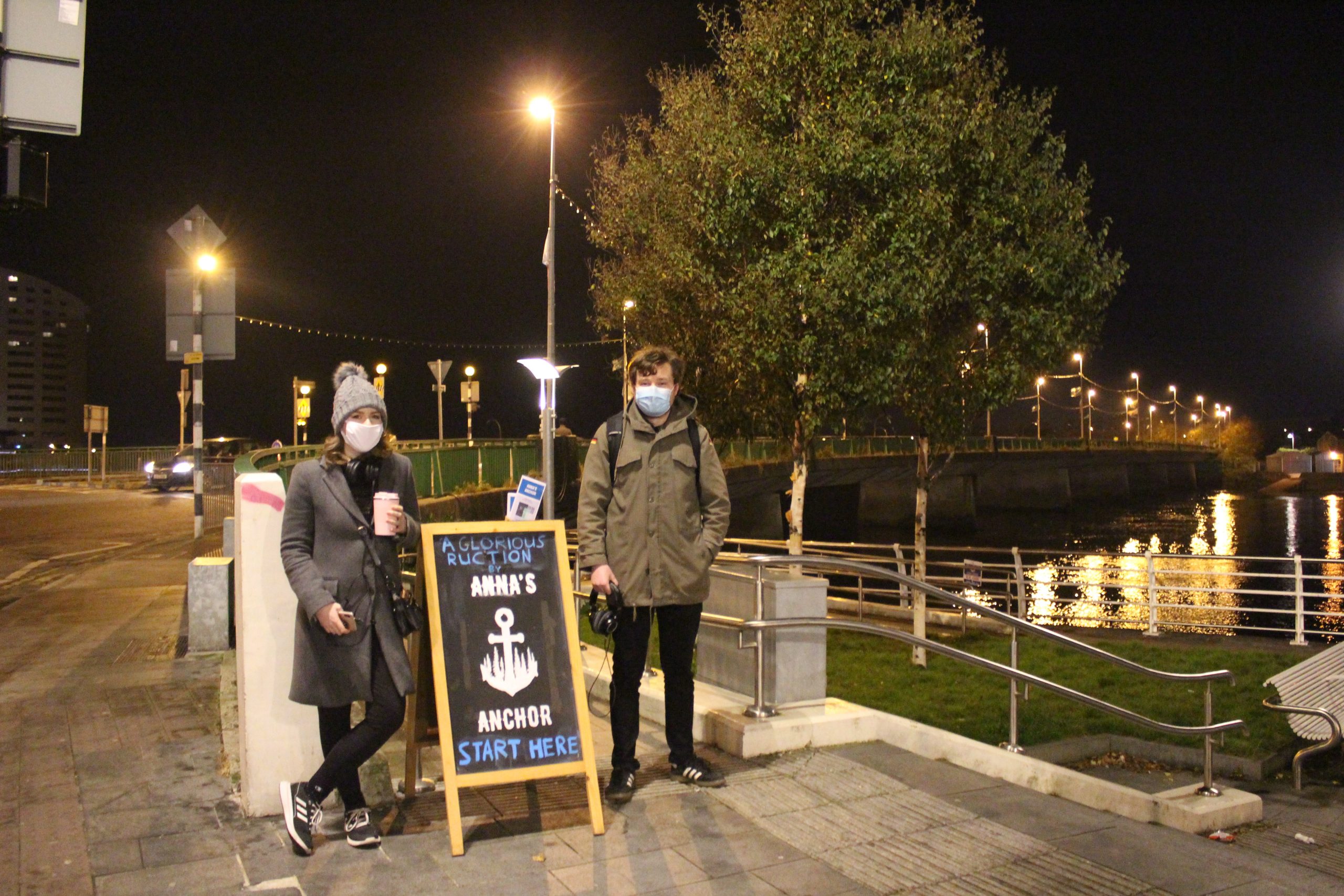 Limerick band Anna’s Anchor found a way to hold possibly the only live music experience during the level 5 restrictions.

On the 6th and 7th of November 2020, the band held an inventive interactive listening event situated around Limerick City Centre. During the event fans were able to listen to their unreleased album “A Glorious Ruction.”

The album, set to be released next year, has a small quirk; each of its tracks is timed to a specific walk around the city centre.

As you walk along the Shannon you get to see the story of the album come to life before your eyes.

Anna’s Anchor is the solo project of Limerick musician, Marty Ryan. He’s an artist that has built a loyal international following from relentless touring since the project’s inception in 2014.

With no return to live music as we know it, Marty took it upon himself to try and create a different musical experience in which people could still engage regardless of the restrictions put in place.

On sharing how the idea came to be, Marty noted, “During the first lockdown when we had to cancel essentially a years worth of touring, I found myself taking in the ‘Three Bridges Walk’ around Limerick pretty much every night and came up with the idea of our next album being told through the eyes of someone taking this walk.”

“That’s when the idea of timing each song specifically to the walk and hosting an event where our followers could partake in it, months before the album comes out, would be a special thing.”

The event, which was funded by ‘The Creative Ireland, Made in Limerick’ fund, sold out within a couple of hours of being announced.

With this being the only musical experience that people will have in the real world for another number of weeks, the reception was overwhelming.

One participant said, “It was like having a piece of art made just for you as you walked along. Something like that makes you look at things with fresher eyes doesn’t it?”

While the rest of the world will have to wait until 2021 to hear and experience “A Glorious Ruction” when it is publically released, in a small way from the heart of Limerick City, Anna’s Anchor proved that there are ways for the music industry to adjust to the unfavourable cards it has been dealt.