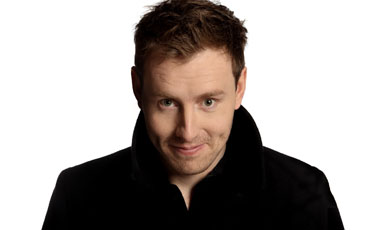 Limerick comedian Andrew Ryan has appealed to the public to support their local arts as best they can when restrictions lift coming into Christmas this year.

Speaking with Katie Flannery on the Limerick Voice podcast, Andrew said that his heart goes out to the sound engineers, lighting technicians and set designers that find themselves out of work during the Level 5 lockdown.

He reminded listeners that those who work on our favourite shows on Netflix and other streaming services are self-employed, and rarely see the spotlight.

He continued: “When the arts are asking for money, remember that the arts are what kept you going, got you through lockdown.”

“Music, drama, TV … when we get to a point later in the year where we get the green light, I really hope that people go out to live venues and theatres.”

Andrew also hopes that by this point there will be schemes introduced for and by the arts sector in order to entice the purchase of tickets and the patronage of performances.

He added that he’s looking forward to people emerging from lockdown with more of an appreciation for the experiences they take for granted, such as special occasions that were banned because of restrictions, and this feeds into the arts industry.

Andrew spoke on his own experiences during lockdown as well, hoping to move to a podcast format soon but being forced to host and take part in online shows until then.

“I must have done about twelve Zoom shows, and about ten awards ceremonies. I’ll be honest, I like the Zoom shows because I don’t have to travel, but it’s very different. I did a free show and thought I was doing well, before someone stood up and left. Imagine wanting to leave your own sitting room it’s that bad!”

On the other hand, Andrew has taken part in online shows for audiences overseas and admitted that for his Glasgow gig he was still getting the same nerves and endorphins from performing, even from in front of a laptop.

Despite that, he has acknowledged that going from working five nights a week with 16 to 25 shows to nothing was difficult, but reminded people not to treat the lockdown as something akin to war and famine that other generations had to deal with.

Andrew then denounced the actions of those who protest against masks and pandemic restrictions, his approach to such people being mostly to ignore their “delusions” and not give them the debate that they want.

Andrew finished: “You were just asked to sit at home, around the stuff that you’ve bought, watching endless hours of Netflix and YouTube. If this is the worst it’s going to get for our generation, I’d take it in a heartbeat.”