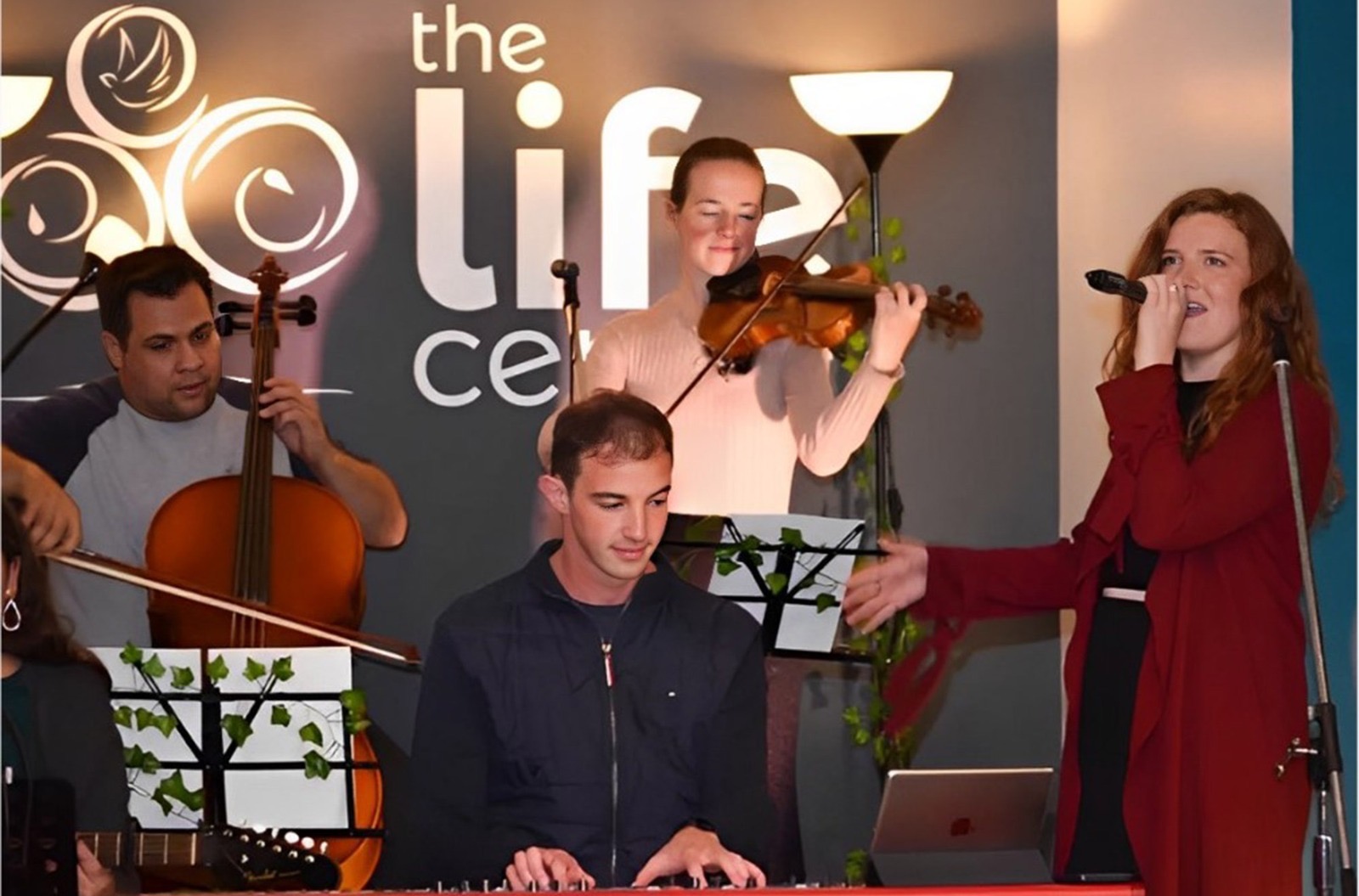 Limerick city is forever buzzing with culture, music and laughter. It can be so overwhelming at times and there isn’t always a calm place to go in your community.

In comes Naomi Carson, fresh back on Irish soil after time spent living abroad with a newly acquired master’s degree. Having been inspired during her time away, Naomi knew she wanted to help her local community in whatever way she could. This led to a section of the Life Centre (formerly known as Smyths toy store) on Henry Street being repurposed for a “fresh kind of community space….and so The Garden Project was born!”.

With Naomi at the helm as the unofficial Creative Co-ordinator and a budding team at her side, including local artist Cait Osborne, they went above and beyond to make the space wonderful, open, light and airy, where anyone from any walk of life in the community could come and be themselves. The newly refurbished space premiered on Culture Night with Cait doing a watercolour demo with various local musicians performing, including Naomi herself!

When asked why she would create such a space, Naomi told us she had this “idea of an alternative space for people to socialise and an entertainment space that wouldn’t be commercial and revolve around alcohol like restaurants, cafes or bars.”

Naomi and the team are excited to embark on this new journey and are delighted to “provide local artists and creatives with a social and cultural space” where hopefully everyone feels free to express themselves and share their talents such as music, poetry, art etc.

The possibilities for the space are endless and the excitement is palpable whether it be as simple as a study space with donated coffees and cakes, or occasion-based events like at Christmas time.  For now, Naomi is hoping to recapture the atmosphere that was felt at the launch.

In addition, they hope to host workshops, more exhibitions and musical performances. The team’s dream has always been to serve the community as much as they can and “part of this was to provide a space which would be available to the wider community”. They are passionate about connecting with everyone by providing a peaceful space for people to come, relax, recharge and grow.

As The Garden is run by the Abundant Life charity, all their funds are donation based. Being a voluntary-led initiative, this creates the opportunity for everyone to contribute what they can e.g. gardening, bringing in treats, donations etc.

Find out more about The Garden