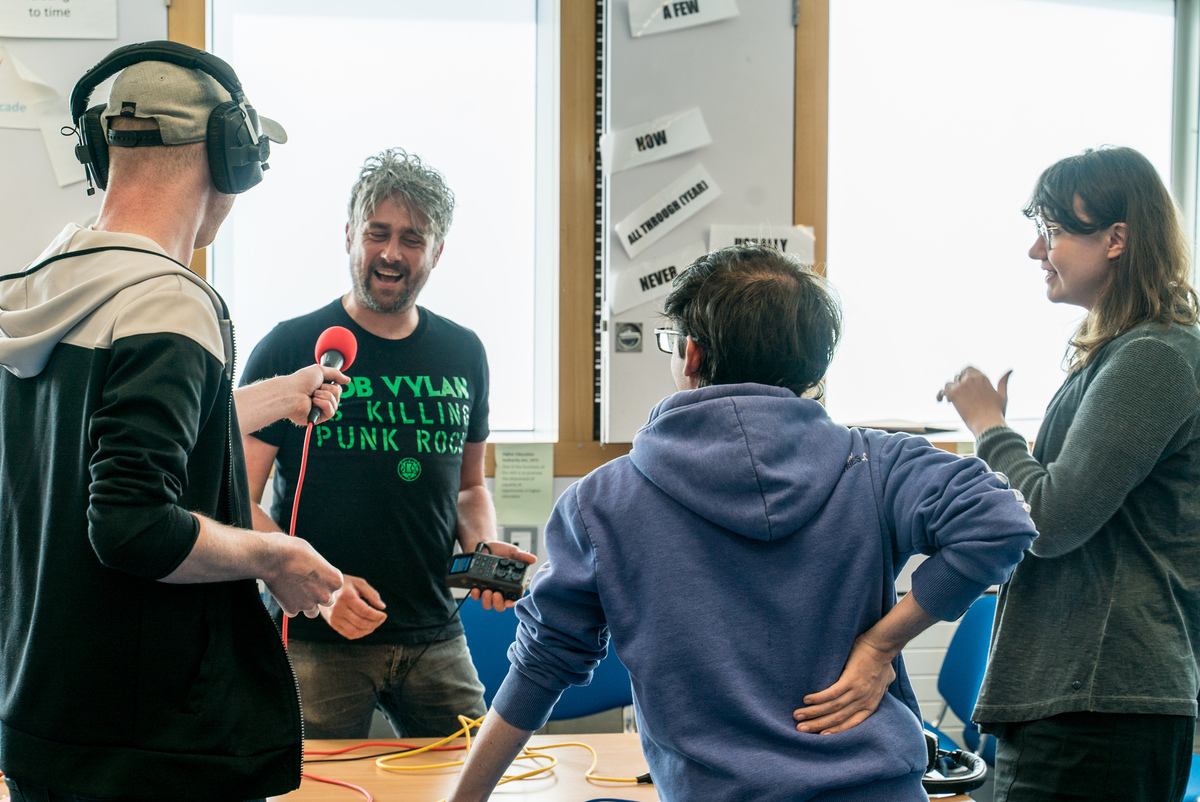 The Erasmus Plus project aims to highlight the issues of sexuality, intimacy and gender

The Sexuality & Intimacy Art Podcast, or SNAP, is a podcast that Wired FM has been involved with for the past 2 years.

This Erasmus+ project is described as a toolkit for associations, volunteers and activists that work with young people from all backgrounds. It aims to provide participants with the means to create their own podcasts and creative audio.

Wired has spent the past two years developing different toolkits and workshops for use with young adults, all of which aim to highlight issues of sexuality, gender and intimacy.

The station’s team spent the past week in the city of Marseille, collaborating with their international partners there. SNAP is a combined effort from multiple European partners from several countries, but two of these are based in Limerick; Wired FM and also Hearsay International Audio Festival, a yearly creative audio event that takes place in the village of Kilfinane.

Both organisations have previously worked alongside the projects’ French partners in Paris, as well as their Serbian counterparts in the cities of Zrenjanin and Belgrade, over the past 2 years.

As part of SNAP, Wired recently ran a number of workshops on campus in MIC, which taught attendees the basics of creative audio, podcasting and storytelling. Wired’s station manager, Ray Burke described the reasons for the station getting involved with SNAP:

‘’When we talk to young people, we realise there are still huge challenges for the LGBT+ community, and not everyone has the space and freedom to speak and listen, so we just wanted to create a space through running workshops where themes such as gender, sexuality and intimacy can be discussed in creative ways.’’

SNAP’s international partners will be hosted by Wired FM in Limerick city in the new year, when it reaches its conclusion. Wired will host an international event that will present the project, as well as other related media talks, events and workshops. Keep an eye on Wired 99.9FM’s socials to be updated on plans.

Find out more about the SNAP project.