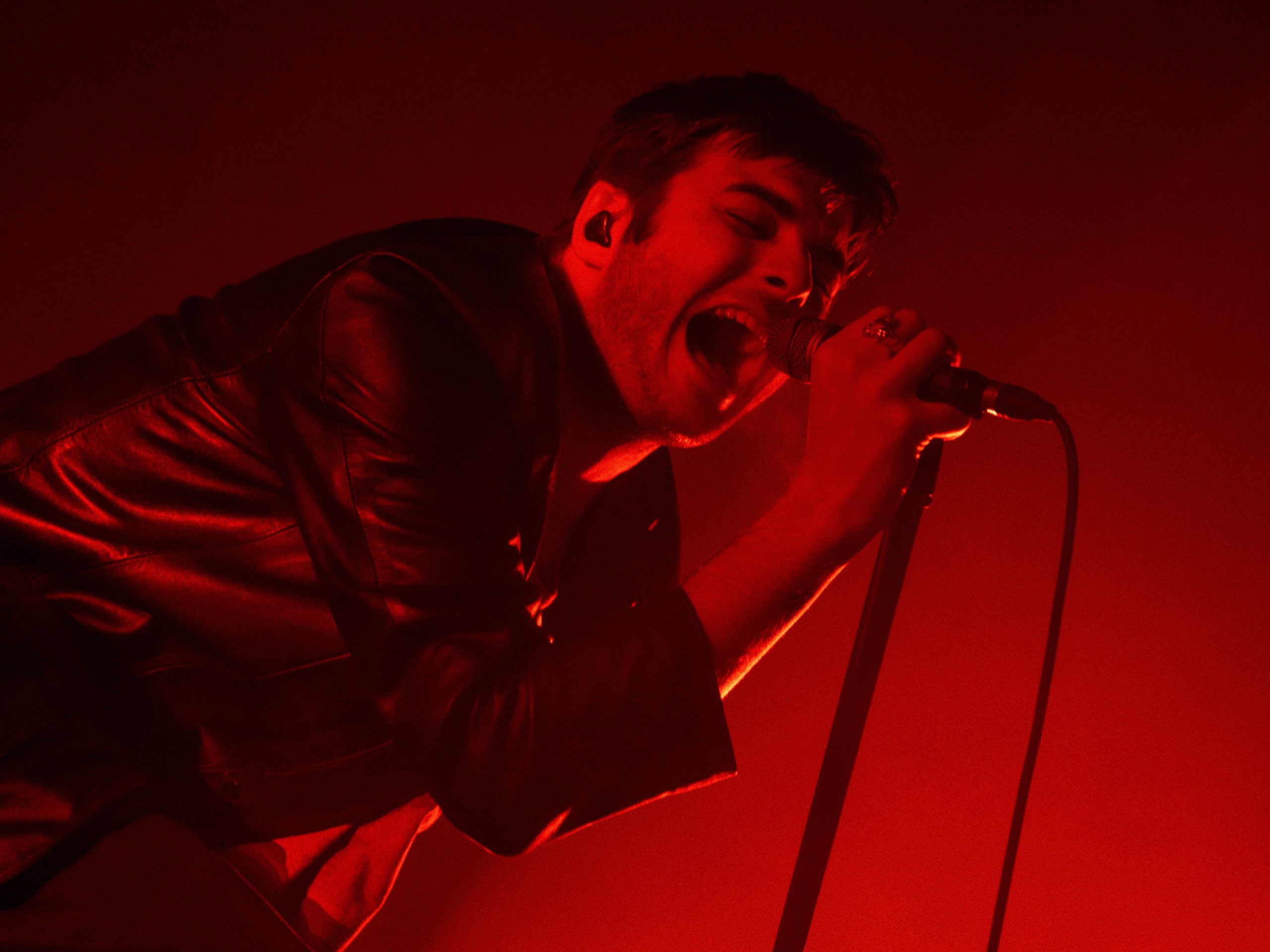 It was an icy Monday night but nothing could have dampened the excitement of this crowd at the Big Top for Fontaines DC. Many had wisely warmed themselves in nearby Mother Macs before filing into the Milk Market just in time to catch a spectacular support slot from British singer-songwriter Wunderhorse.

The solo project of former Dead Pretties lead singer Jacob Slater, much of the crowd seemed to be there just as much for him as the main attraction. With heavy guitars and growling lyrics, Slater’s Seattle-grunge influenced sound proves that as in fashion, so too in music, and every thing old is new again. We highly recommend catching him next year at the Kasbah Social Club on his Irish tour in March.

Fontaines DC took to the stage a little after 9PM, walking onstage to raucous cheers and – of all things – Petula Clark’s ‘Downtown’. While some band members were clearly feeling the chill in the air (Carlos O’Connell played the whole set in a toasty-looking balaclava), they soon warmed things up by launching right in ‘A Hero’s Death’. Grian Chatten was in fine form, pacing and contorting himself wildly around the mic stand, glowering at the crowd from under heavy brows and growling out lyrics in his trademark monotone Dublin drawl.

There has been no dimming of Fontaines DC’s star since the release of their debut Dogrel back in 2019. This year has seen the Dublin-formed, London-based quintet relentlessly touring Ireland, Europe and the US in the wake of the release of Skinty Fia, their third offering and their first number album in Ireland and the UK (After such an exhausting year, we can forgive the boys for being a bit light on the chat with Monday’s crowd). 2023 promises to launch them to even greater heights as they embark on an Australian tour before heading back stateside on a support slot with Arctic Monkeys.

Much of the setlist drew from Skinty Fia, with ‘Jackie Down the Line’ and ‘Nabokov’ proving to be crowd favourites. Apart from a brief slow set of ‘I Don’t Belong and the wistfully lonely ‘Oh Such A Spring’ from A Hero’s Death, the overall tone for the night was relentless, frenetic rocking out, with mosh pits galore down the front.

After throwing in a few bangers from Dogrel like ‘Sha Sha Sha’ and the iconic opening of ‘Big’ for good measure, the band took a few minutes break before we entreated them back out for the encore with a rousing few rounds of ‘Olé Olé Olé’. They had saved the best for last, hitting us with OG hits ‘Liberty Belle’ and ‘The Boys in the Better Land’ before launching into what has undeniably become their biggest hit to date, Chatten’s exasperated lament for modern Ireland ‘I Love You’.

It was a show-stopping end to a blistering performance that left their fans utterly overwhelmed – one young lad passing me on the way out declared that was it for him; “no one can ever top this”. On the back of this live show and more like it, Fontaines DC have cemented themselves as one of the more exceptional Irish bands of the last few years.