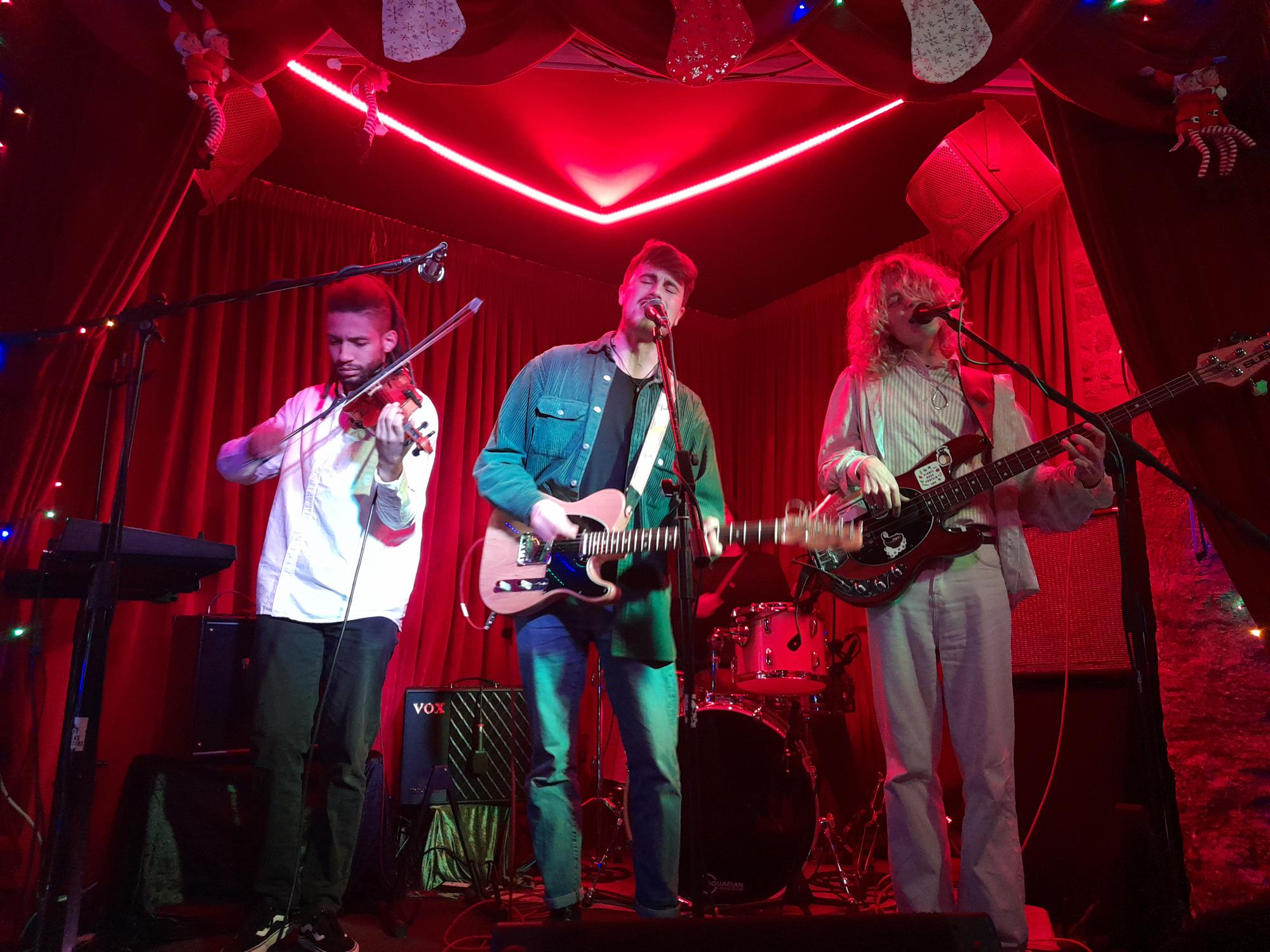 The Record Room, a basement venue with a tiny stage, can be described as either a beautifully intimate venue, or a safety hazard based on its size. Somehow on Thursday night Sky Atlas and their support band Big Love managed to cram more musicians and instruments onto that stage than I ever thought possible, with glorious results.

To fit the six band members of Dublin-based Big Love onstage along with their drumkit, keyboard, two guitars and bass the front amps had to be half onstage, half on barstools. The lack of space couldn’t cramp their style though as they treated us to a short but sweet set, filled with glorious heavy guitars and melodic vocal harmonies woven by Cian Ó Maonlaí (lead vocals), Megan Nic Ruairí (keys) and Adam Curtis (lead guitar). The six-piece had a wonderful energy onstage with one another and with the audience, small as we were for an opening act performance. Certainly one to watch for the future.

It was nearly half ten when Sky Atlas crammed onstage to kick of the last night of their Irish tour and their first ever show in Limerick. “May there be many more,” said singer and guitarist Lughaidh Armstrong-Mayock, and we wholeheartedly say “yes please” to that.

The four-piece, all BIMM graduates is completed by Danilo Ward on bass, Ryan McClelland on drums and Louis Younge on keyboard and violin (and saxophone too normally, though he seems to have left it at home this time). Kicking off with a glorious instrumental extended opening, they launched into a masterful performance that teetered on the line of beautiful, barely contained cacophony.

Stand-out moments included ‘Looking Back’ – “kind of an old one, for us at least,” according to Lughaidh – which featured some wonderful old school metal guitar work, and the follow up ‘Erratic Mind’ which again had a very heavy metal sound to it, especially from Danilo on bass but was elevated by Louis on fiddle.

They then played some of their better known tracks including their latest single ‘Hollow Embrace’ – so incredibly impactful live – and last years ‘Empty Hands. They went to wrap things up with ‘Threads’, also from last years EP Stone but it didn’t take many shouts of ONE MORE TUNE to convince them to stay on for ‘I Will See You Again’. One can only hope that last song is a promise to come back to Limerick for more shows, as Sky Atlas are a band best heard to advantage loud and in real life.