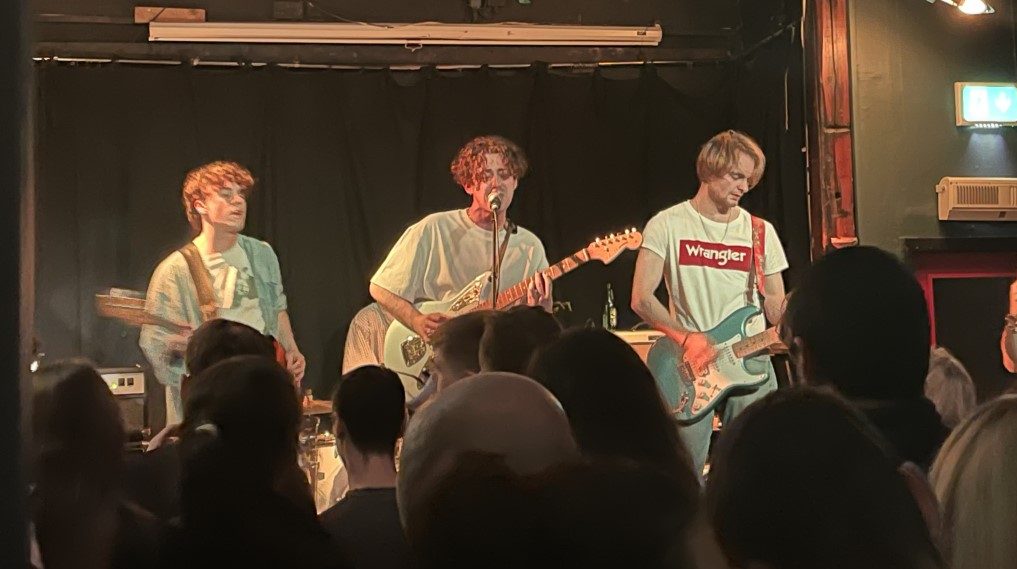 Modernlove are a four-piece band from Drogheda comprising of members Barry, Cian, Danny and Graham.

The band opened their set with dance track “Us” and from there went on to play “Oh My Mind” which sounded somewhat like an early 2000s boyband but in the best and most bop-inducing of ways.

They then seamlessly transitioned into “2 Missed Calls” which has a similar vibe to the 1975’s earlier sound, as did their song “Liquorice” which they played in the later part of their set.

While on the final leg of their UK and European debut headline tour, the band released their new song “Until My Heart Stops Beating” an upbeat alt-pop track and have played approximately 10 sold-out shows since the tour began earlier this year.

The band’s discography is not centred in only one genre but there are hints of possibly four throughout and the production quality of their studio-recorded tracks is excellent.

Seeing how the band adapted to each song on stage was a testament to their skills as musicians in how seamlessly their transitioned from track to track in a live setting.

Having such a variety in their set also kept it interesting and anyone who was only hearing their music for the first time last Friday night really got to know the band and what they were all about.

Their energy was infectious, especially during their closing hit song “Follow You” and while it seemed that many in the crowd were hearing Modernlove for the first time, the band were received very well by the audience and certainly increased their following from that performance.

The quartet took some time while on tour to talk to the Limerick Voice about the year ahead and who from Limerick they would like to work with.

Speaking about their plans for 2023, the band collectively expressed their excitement and disbelief that they are to head to the US on tour. They also said that they have “a lot of different places we want to play in but hopefully we’ll get to circle back and tour around Ireland at the end of 2023.”

When asked if there were any Limerick-based artists or promoters they would love to work with, they said “We’re all big fans of an artist called Ev Carm who is from Limerick”, as Cian had previously played in Limerick last July in the Commercial as the drummer for the up and coming Limerick talent.

It is safe to say that Modernlove won’t be strangers to Limerick in future and we look forward to seeing more of these guys and what’s in store for them in 2023.