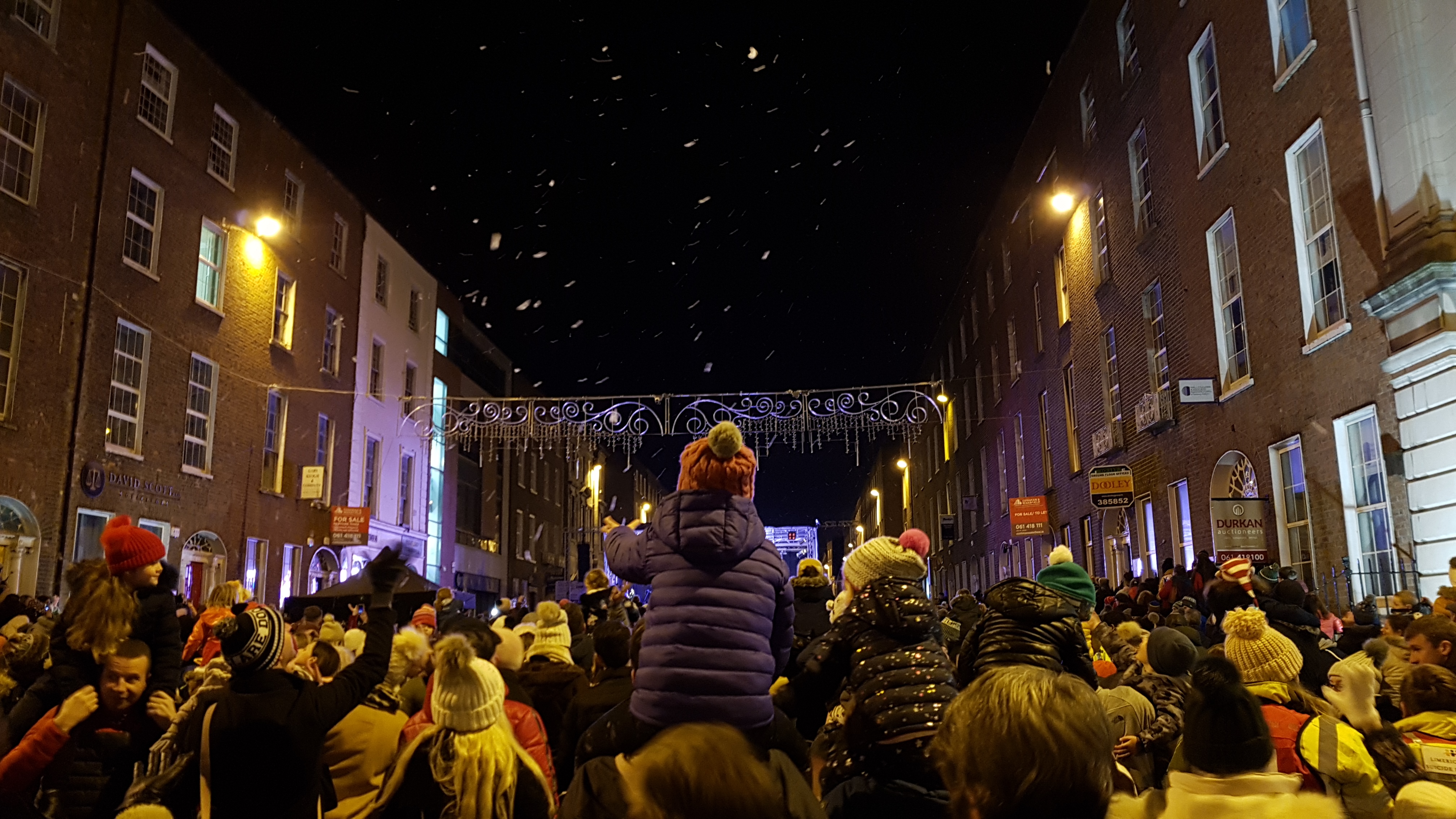 THOUSANDS of people gathered in the city this weekend to Light Up Limerick for the Christmas season.

Singing, dancing, snow and a spectacular firework show as well as performances from Limerick Youth Choir, Zion Vocal Ensemble, Limerick Panto Society and local buskers entertained the crowds as they awaited the lights to be switched on.

Mayor of the City and County of Limerick Cllr Michael Sheahan was joined by special guest from the Rose of Tralee, Dr Sinéad Flanagan as well as Santa Claus and his elves.

At 6 o’clock, a countdown reverberated through the streets before the Christmas lights were switched on illuminating the city.

Kathy Keogh, who was with her children, said: “We are here to do some shopping and to see the Christmas lights. The kids have got balloons, and they are so happy.”

13-year-old Lucy said: “I am very excited because it is when everyone starts celebrating Christmas.”

Her friend Julia who is 12 years old added:  “When the lights turn on it means that it’s Christmas and gets you in the mood for all the season.”

The Light Up Limerick event, organised by Limerick City and County Council, kicks off more than a month of festivities and family friendly events across the city and the county such as New Year’s Eve fireworks, a Santa selfie spot and a seasonal craft fair.

Mayor of the City and County of Limerick Cllr Michael Sheahan said: “Christmas is such a wonderful time of year, and it is magical in Limerick, with the lights turned on, the atmosphere is truly memorable.”

Sheila Deegan, Culture & Arts Officer with Limerick City and County Council said: “We are delighted to be working to create a focus at the Urban Garden this year working with stakeholders to deliver lively cultural offerings in the city centre, complimented by a Christmas Fair on Cruises Street to get shoppers into the Christmas spirit.”

To keep up to date with all the upcoming events, click here.