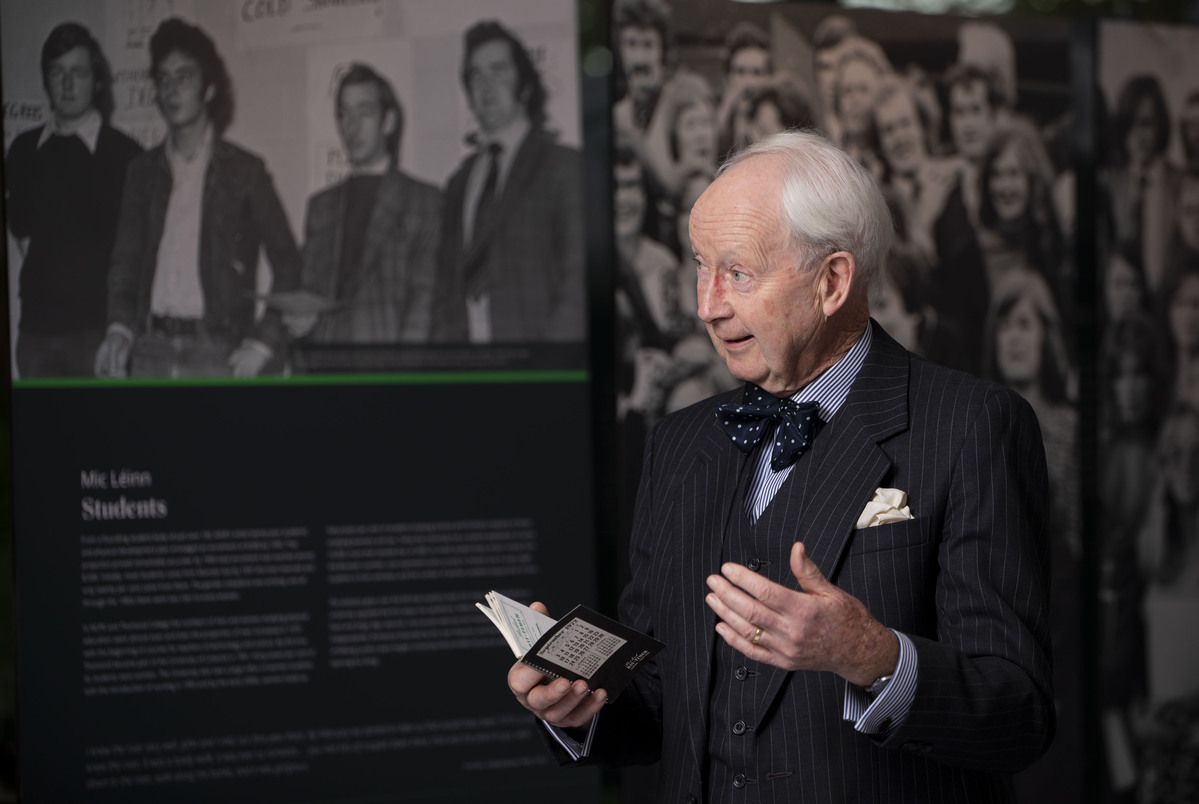 Exactly 50 years to the day since then Taoiseach Jack Lynch performed the official opening of the National Institute of Higher Education (NIHE), UL’s forerunner – Dr Ed Walsh – handed over the archive of his work diaries from almost three decades at a ceremony on campus yesterday afternoon.

The exhibition launch of ‘A University of Our Time: University of Limerick, 1972–2022’ is one of many events to mark the anniversary of the establishment of the University this year.

The main component of the papers presented to UL President Professor Kerstin Mey and the Glucksman Library is 28 and a half years of Dr Walsh’s diaries – over 300 in all, stored in 26 boxes – which recount significant events from the time.

“I used to have a diary in my wallet, and when anything that I thought was of significance was happening, good or bad, I wrote it down. In the early days, I was very conscious that if we succeeded in what we were trying to do, it would be seen in hindsight as quite significant,” Dr Walsh explained.

Dr Walsh went on to say that he has since gone through each diary entry and summarised them on an Excel spreadsheet. UL President Mey was also given two discs as part of the archive – one that covers a chronological sequence of events over 28 and a half years, and the other consisting of various topics.

President Mey thanked Dr Walsh for the “treasure trove” of papers handed over, and hailed “the importance of his leadership for the foundation and establishment of the University, and the importance and excitement of handing over his papers.”

The exhibition was curated by Dr Zara Power of UL’s Department of Historym and has been praised by Professor Mey as a “wonderful immersion in the journey taken through the first steps of establishing our founding institution”.

“When our minds are cast to the 1970s, I am sure that many of the day could have hardly foreseen the magnificent campus and infrastructure that this University occupies today.

“A dream, a desire and a cohort filled with dedication – as documented here in both the oral and written evidence – knew that an institution of excellence was needed for Limerick and after five decades, we now have a colossus of education as it has been so eloquently put.

“UL is at the heart of this region, and we can reflect on our history with immense pride,” Professor Mey added.

The exhibition is currently in the Millstream Building and opened to the public from Wednesday, September 28. It explores the origins and development of the University and the institutions that went before it.

The archive is compiled of a range of objects, images, documents, oral histories, and video footage. The multimedia exhibition looks at the campaign for a university, the establishment of the National Institute of Higher Education, National College of Physical Education, and Thomond College of Education. It also covers the attainment of university status and the part played by students, staff, donors and others in establishing a community of scholars and students at Plassey.

The exhibition will be open from 9am-5pm, Monday to Friday.

Find out more about the University of Limerick’s 50th Anniversary.