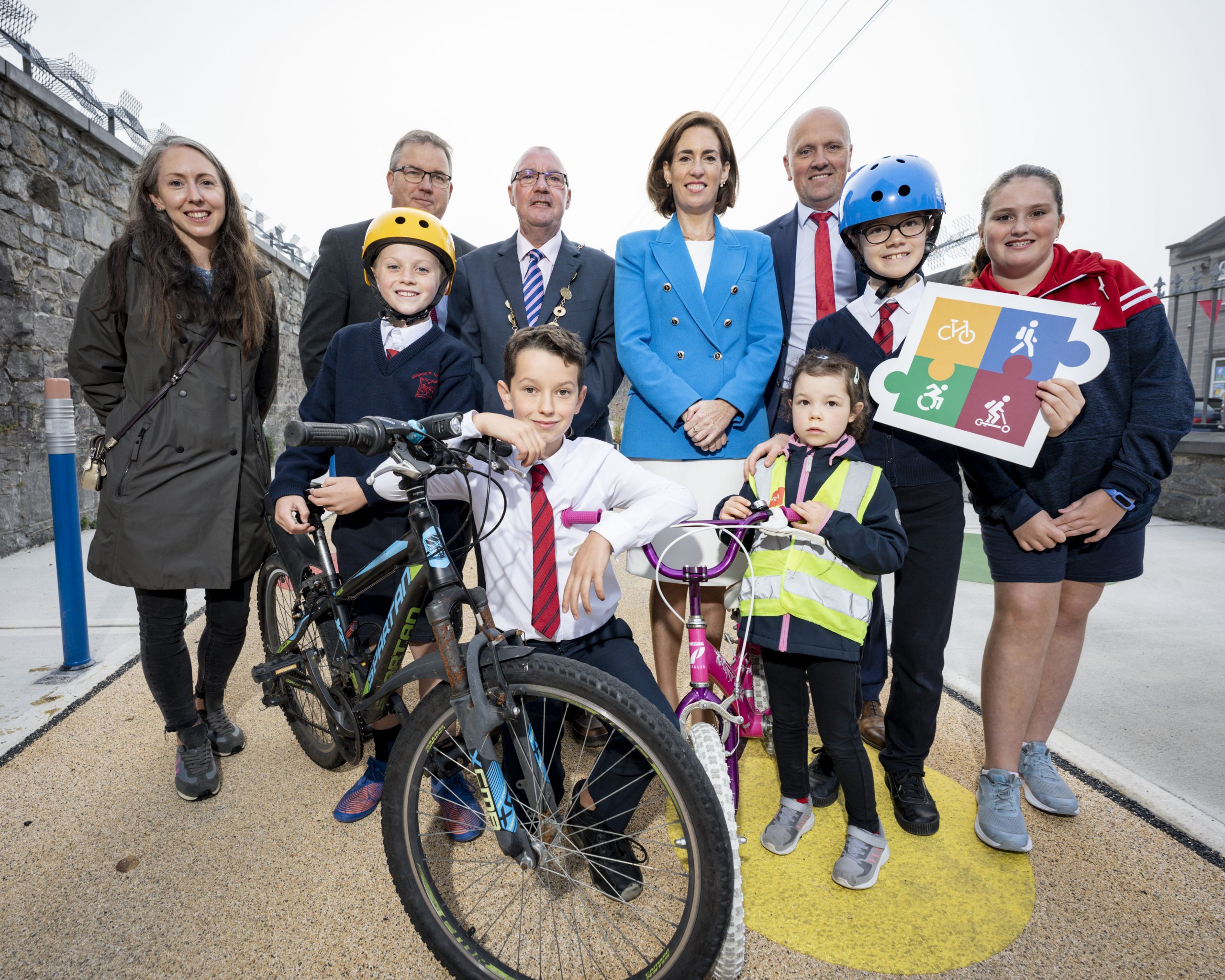 The Mayor of the City and County of Limerick Cllr. Francis Foley and Minister for State for Department of Transport Hildegarde Naughton TD launched the new initiative on Friday morning.

The exciting introduction of Limerick’s new ‘School Street’ initiative will provide a safer environment for the children of An Mhodhscoil when travelling to school.

The project, which is the first of its kind in Limerick, has been launched on Roden Street by the National Transport Authority, along with Green Schools, as part of the Safe Routes to School initiative.

The recent revamp will see vehicle traffic removed from outside An Mhodhscoil’s gates at peak times, along with other safety-enhancing and decorative features.

Speaking at the launch of the initiative on Friday morning, Mayor of the City and County of Limerick, Councillor Francis Foley said that he is “delighted to see Limerick’s first Safe Routes to School ‘School Street’ project come to fruition.”

Works for the ‘School Street’ have been carried out on Roden Street by Limerick City and County Council’s Active Travel team.

These works include the narrowing of the road, along with enhanced space for pedestrians with the widening of the footpaths, and the introduction of colourful pencil-shaped bollards and planting.

Additionally, vehicles except for crèche buses, residents and staff will be prohibited at peak times, between 8:00 am and 9:00 am, and 1:15 pm and 2:45 pm, allowing for a safer space for young students who walk, cycle, or wheel to school.

“An Mhodhscoil is the first school in Limerick to benefit from the Safe Routes to School Programme and I look forward to seeing more schools across our city and county benefiting from similar safety measures,” Cllr Foley added.

Further improvements to the adjacent O’Connell Avenue include the shortening of the crossing distance at the pedestrian crossing directly in front of the school, as well as the addition of planting and rain gardens.

On Quin Street, a new pedestrian crossing has been added to prioritise pedestrians.

The Department of Transport has contributed over €220,000 to the development of the innovative initiative and has provided total funds of over €24 million to Limerick City and County Council for walking and cycling projects this year.

Minister for State at the Department of Transport, Hildegarde Naughton TD, said: “It is evident that the Modhscoil School Street will make such a real difference to the student population by making their journeys to and from school safer, more convenient and more enjoyable.”

Over half of An Mhodhscoil’s 630 students already engage in active travel to school, with Minister Naughton adding that she hopes to see this figure increase with the addition of the ‘School Street’ initiative.