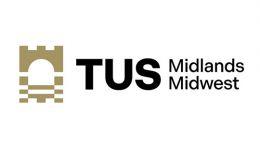 The Technological University of the Shannon: Midlands Midwest (TUS) was officially launched on Friday, October 1, with two new campuses opening in Limerick City.

The Mayor of the City and Council of Limerick called the opening “a big win for Limerick to further strengthen our competitiveness and for those who wish to live, work and study here.”

Mayor Daniel Butler went on to say that the new Technological University “will be a research and innovation hub fostering a wide skills base” and a huge attraction, to showcase Limerick and the Midwest as a centre of innovation.

The two TUS campuses in Limerick City will be in Moylish and the Limerick School of Art and Design on Clare Street.

TUS will host a student population of approximately 14,000 and nearly 2,000 staff, spread across six campuses in Limerick, Ennis, Clonmel, Thurles and Athlone.

TUS President Professor Vincent Cunnane said that “We were both looking for that ideal partner. Limerick and Athlone found in each other that complementarity, that shared set of values and shared vision”.

Speaking on Friday, Mayor Daniel Butler said that he “would like to pay tribute to inaugural TUS President Dr Vincent Cunnane and the team at TUS for the belief, hard work and ambition that led to this day, particularly against the background of the global pandemic”.

“I look forward to meeting and engaging with many TUS staff and students over the months and years ahead. Congratulations on your new beginning.”