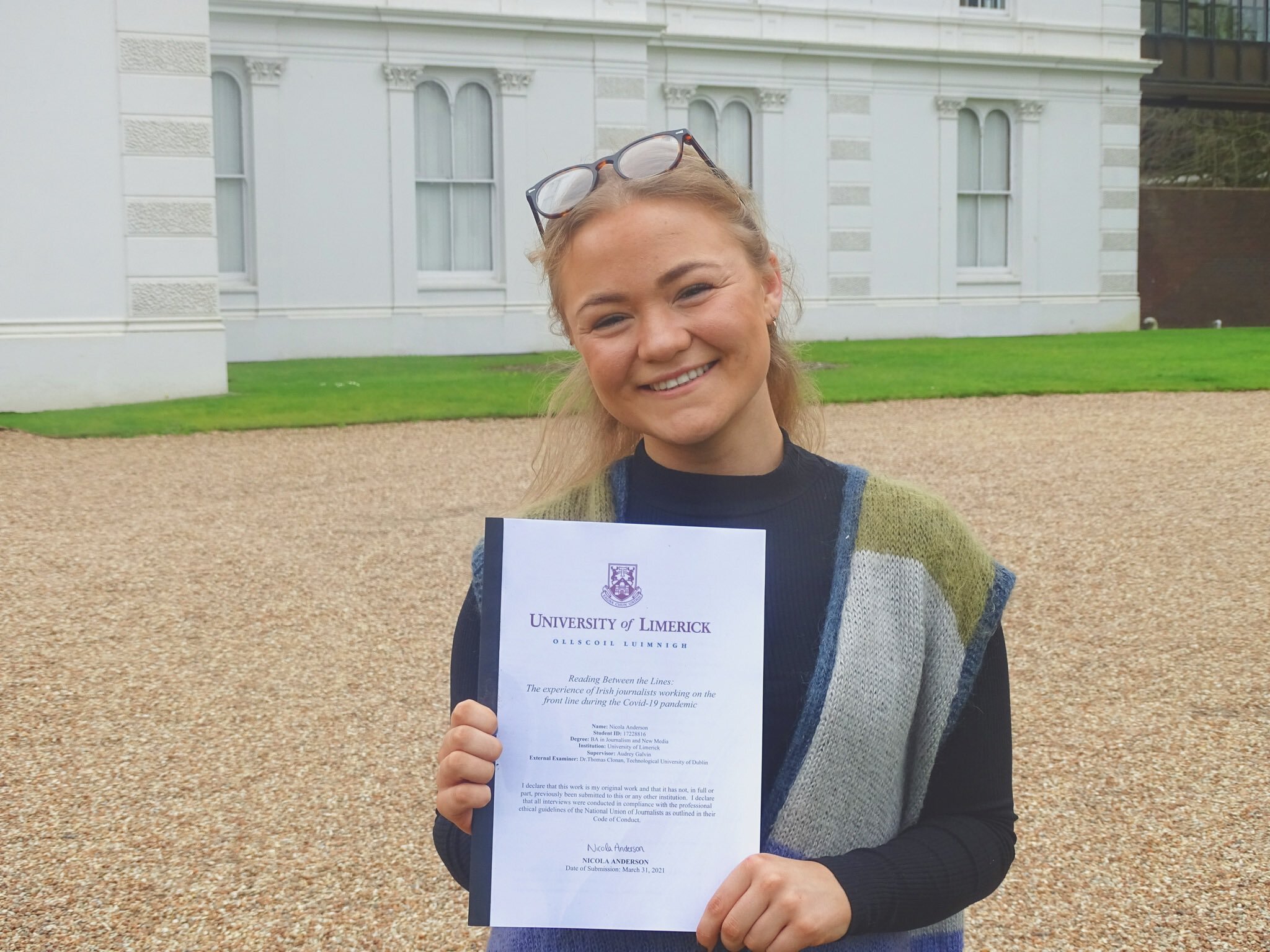 Nicky Anderson, recent Journalism graduate from the University of Limerick (UL), has landed a coveted place on the Learning Waves Journalism Graduate Programme.

She will join nine other graduates on a five month long placement in one of Ireland’s top radio stations, completing her own in Cork’s Red FM.

Beating out stiff competition from over 100 applicants, Ms. Anderson, originally from Galway, is looking forward to the challenge despite being new to Cork.

“It makes day to day reporting more interesting for me because it’s not about my school down the road or the shop around the corner. It’s about something that’s quite new to me too.

“There’s a little bit of a challenge there. There is that need to push myself that little bit further. It’s more than just the recording and the journalism side of it, it’s also making sure that everything I do is correct.”

Nicky had extensive training in UL and received great experience in her previous placements with Live 95 FM under Gillian Devlin and Stellar Magazine, but thinks radio is where her heart lies.

Ironically, Ms. Anderson only picked Journalism in UL the day before the CAO deadline was due.

“I had always thought I wanted to be a teacher and do English because I love English. My Dad was like, “You know if you’re a teacher you’re going to be the one answering the questions and not asking them?”

After picking journalism on a whim, she has since hosted the UL Student Life podcast series with classmate and friend Cathal O’Sullivan last year and also completed a radio documentary for her Final Year Project.

The new broadcaster is hopefully looking forward to a long career in radio.

“I think with radio it sometimes depends on whether people like you or not.

“It’s definitely something I’d love to pursue. Whether it’s behind the scenes or in front of the mic I don’t know. I love both sides of it.

“It’ll be a long road to get to where I want to be but that’s also exciting to know that it’s a constantly moving kind of industry. There’s always more to do.”