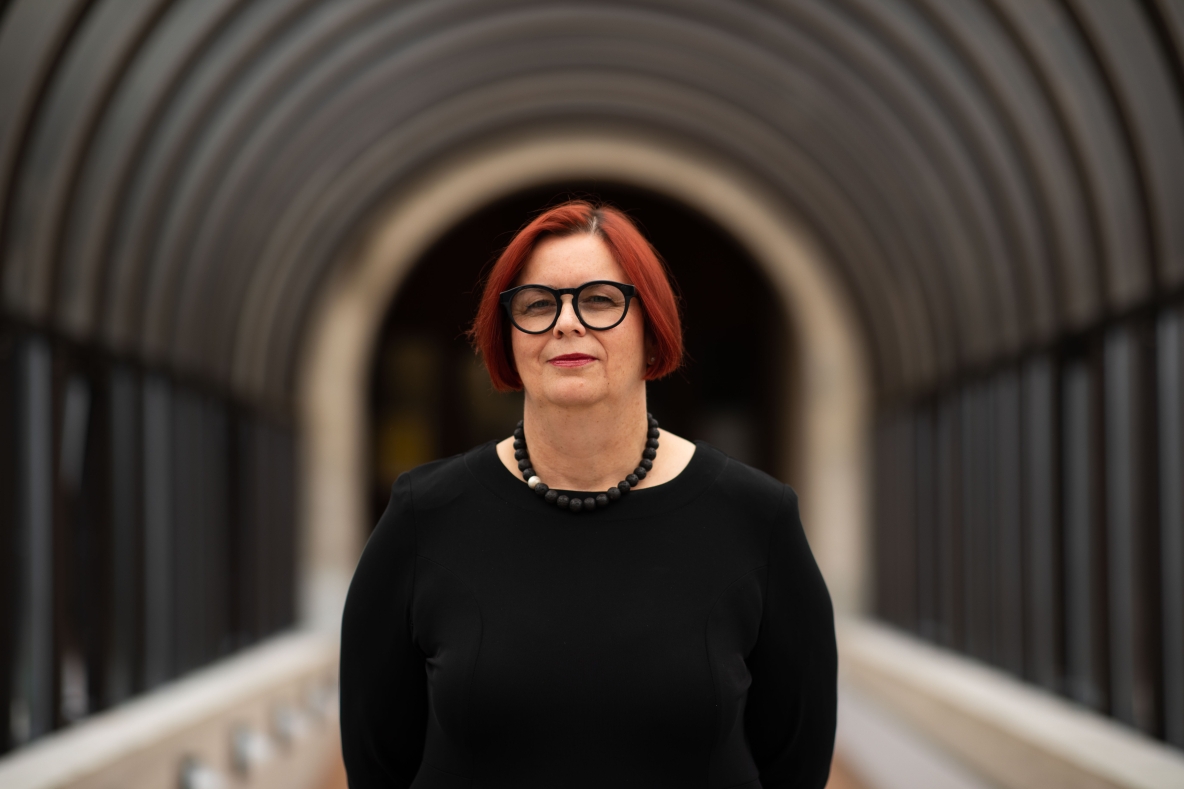 On Wednesday, November 16, UL President Kerstin Mey made her inaugural address in the University Concert Hall.

Professor Mey, who is Ireland’s first female university president, was appointed to the role in 2021 after being appointed as interim president of the University of Limerick in 2020.

Her address, titled, “Back to Practical Utopias,” was opened by Deputy President Professor Shane Kilcommins, who said that Professor Mey is “humble, hard-working, and a human-centred leader.”

Chancellor Mary Harney then spoke, saying that she was “always very impressed with (Mey’s) German sense of determination, that she shows to this day.”

It was noted that President Mey hoped that her inaugural lecture would address a pertinent question for the Higher Education sector in Ireland, and act as a roadmap for the university to continue producing flexible, resilient, and confident graduates who can meet challenges and changes in their professional careers and modern society.

“Climate crisis is mutli-dimensional, and any solution has to be multi-dimensional as well. The solution, to be effective, would have to be adopted by a large portion of society – a daunting prospect,” she noted.

From the address, it is clear that Atwood strikes a chord with Mey, who said, “I was born and raised in East Berlin after the wall was built. Growing up, I witnessed the increased disillusionment of my parents generation – those who were born during or just after the Second World War, who were brought up and willing to invest into the increasing hollow promises of a better future called socialism.”

She then spoke further about her position, saying, “Any person taking on a senior leadership role is expected to demonstrate analytic prowess, an acute sense of realism and grand vision.

“By merely dwelling on the analysis, one might get lost in detail and caught and paralyzed. To cherish the steady state will not make any progress and preserve the status quo. Planning for distant future risks losing traction with reality, and drifting into abstract pipe dreams. For me, the process of becoming the president of a university, a process that was not concluded with the appointment to the role, but only started at that point.”

President Mey spoke about her professional life before leading the audience to another source of inspiration for her inaugural address, University of Cambridge Professor Stefan Collini’s question, “What are universities for?”

“His question has attained heightened relevance for the Irish higher education system at this point in time, of far reaching reforms and the persistent need for adequate funding of research and education,” President Mey said.

“I hold the belief that the current global set of existential crisis demands bold visions for the formation of a shared purpose for the global community- For Ireland, for this university. The clock is ticking. We have to galvanize intellect and passion, ideas and talk, character and agency to avert a global catastrophe. Anything less will not suffice.”

President Mey then considered the development of the University of Limerick towards the end of the current decade by juxtaposing Atwood’s practical utopias with Collini’s question.

She said, “The university’s motto, Eagna chun Gnímh, wisdom for action, articulates that balancing act between experience, knowledge and good judgment on the one hand, and the resolve to engage, to execute, to do in order to achieve an aim, the use of preposition ‘for’ to connect wisdom, action, signals, intent and ambition.”

The event was concluded by President of the Post-Graduate Student Union Louis Pemble, who gave a vote of thanks President Mey on the occasion of her inaugural address.

If you missed it, President Kerstin Mey’s inaugural address is now available to watch online.