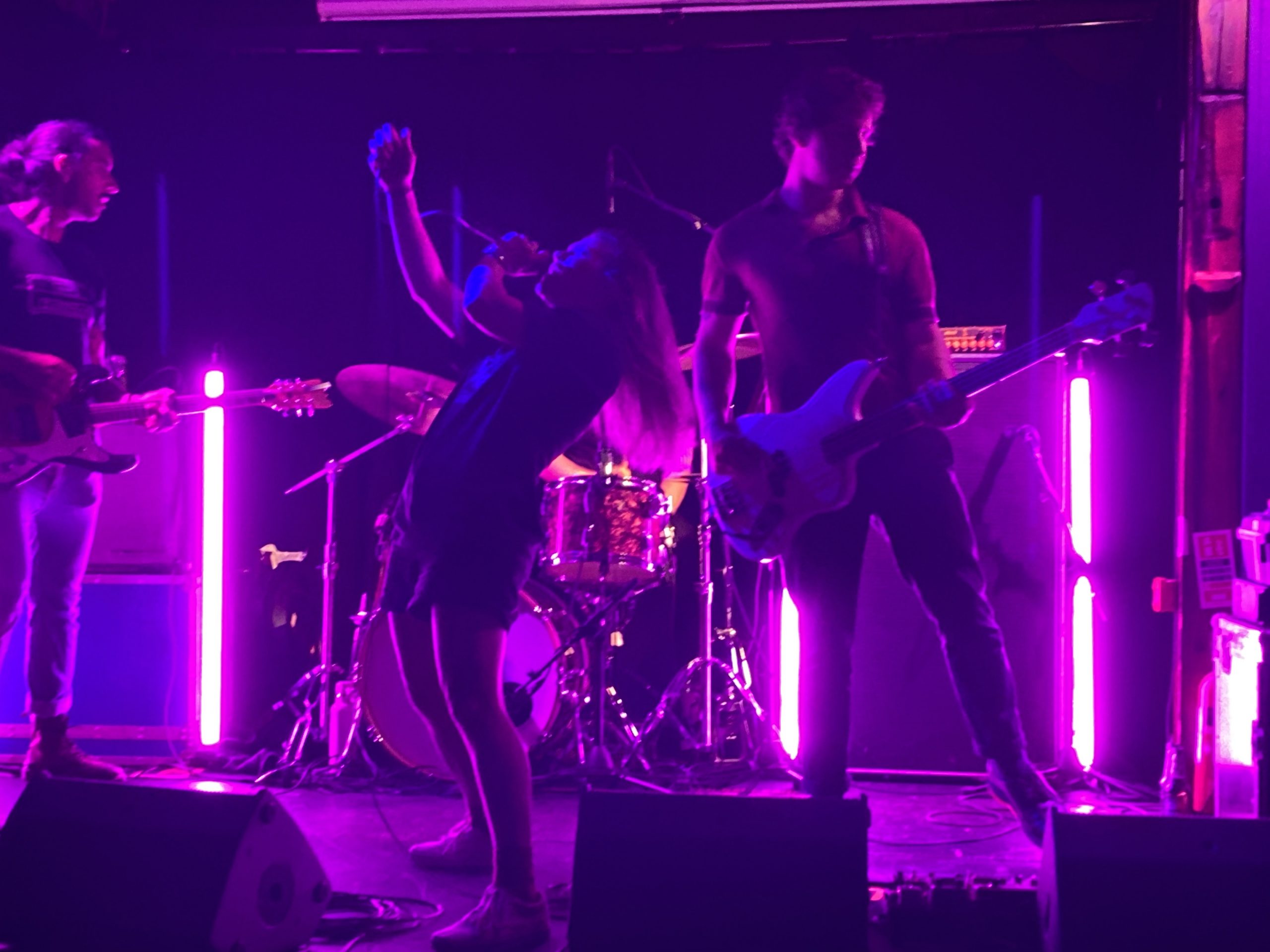 We got word late on Wednesday night that Limerick-based band Parliament Square would be performing in the venue prior to the main act of the evening, Press Club. Lead guitarist and vocalist Brendan Markham revealed that the band got the call to play just that evening.

The intimate venue was lit in cool blue-tones, and there was a warm, welcoming feeling as the audience came in from the cold to the familiar harmonies of the Parliament Square song, ‘As I Am’.

Lost lost in their performance of the fan-favourite tune, Brendan wore a three-quarter length coat and bassist Colin Bartley a cardigan – quite a change from light t-shirts and button-downs of their last Limerick performance in The Commercial’s Record Room last June.

The band recently posted on social media that they are finally back in the recording studio. Catching up with Brendan at the end of the night, it was plain to see how excited he is to be releasing new music, saying he is ‘absolutely buzzing’ for the release to be mixed next week ahead of a new year release.

The band finished their set with ‘Burning Witches’, signed off, and quickly cleared the stage to make room for headliners Press Club.

In an intimate fashion, Singer Natale Foster chatted to the crowd while bandmates Greg Rietwyk, Iain Macrae, and Frank Lees set up.

Press Club is an Australian Punk band based in Melbourne signed to the record label Lunchroom Records. Their debut single “Headwreck” was released in May 2017 with their album Late Teens released the following May. The recording of their third album was delayed due to Covid.

Natalie immediately went from 0 to 100, giving it her all on stage, her amazing, guttural vocals from the use of her chest voice shining through. She and her bandmates had amazing chemistry while performing as she worked the stage, completely lost in the performance full of hair moshing. In Between each number, she would gather herself by leaning forward to summon more energy, her blond hair cascading like a shining waterfall. Her stone-washed t-shirt and shorts set along with white Chucks gave her an edgy look and allowed her to give an almost aerobic performance. It definitely came in handy whenever she came into the crowd. At one point an amp fell off the stage which she then used to her advantage during one of the numbers before returning it to its spot. It did fall for a second time, but Colin came to the rescue and the band was able to continue unphased.

They then momentarily slowed down with their next song with every member getting the chance to shine. Natalie opened by singing the first few lines acapella with medium reverb. The drummer then joined in with symbol work that sounded like a ticking clock, while the guitarist and bassist each had their own instrumentals. During this last number; “Endless Motion”, the band is absolutely giving it socks, the drummer breathing heavily to keep up with Natalie while she shoots off into the crowd again. She then seats herself on top of the bar and got very up close and personal during the last few vocal runs.

Having caught up with Natalie after the set she spoke about how much they enjoyed the performance and can’t wait for the rest of their Endless Motion tour.