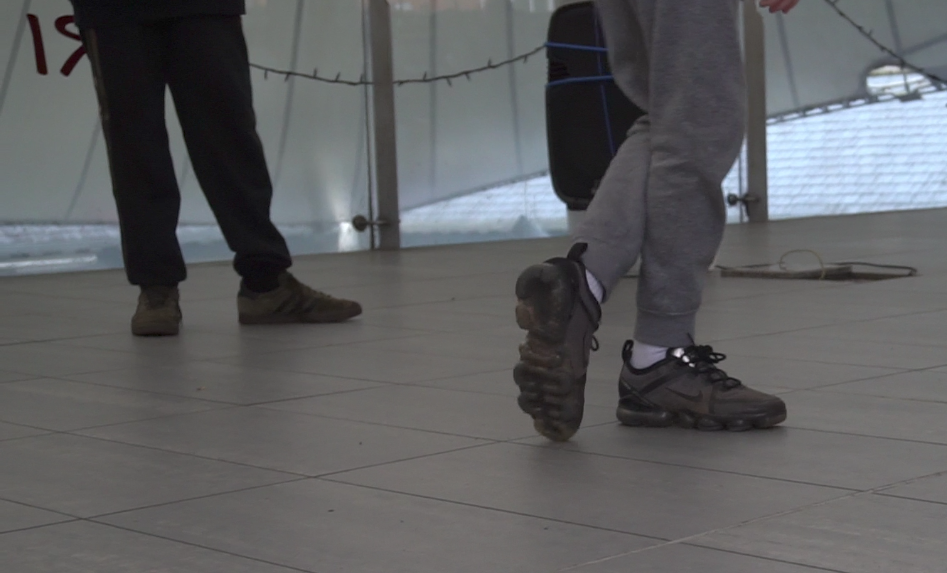 “There is a saying that goes if you don’t express you will be depressed.” says Tobi Omoteso, co-founder of Lim-rockers.

As community initiatives have been asked to close due to current restrictions many children are left without creative and social outlets.

This can have a major impact on the mental health of the kids. Projects like Limrockers, is one such outlet for kids now shut.

Organisers Barry and Tobi are unable to create a safe space for the kids within their studio. Now, having received funding from Limerick city council the group have restructured and meet every week in an open air space in Limerick city, providing safe and distanced dance classes.

Barry “Bazz” Burke, explained “we are lucky the market has been very good to us, it is outdoors so it fits all the rules and regulations”

“The kids can get to see each other and spend some time together once a week. It’s a big deal for them.”

The group meets every Sunday in The Milk Market after hours and distanced in the open air space.

One parent, Melissa, explained “my older son is fourteen and that is a crucial age where they can veer to other peers on the street. I feel this just gives them such positive direction.

Due to this Limrockers stressed the need to restructure the project under current restrictions.

Bazz said the importance of continuing these distanced sessions lay in mental health.

“mental health is the biggest thing, keep progressing as much as we can and make use of what we have in these times”

“it is very hard, as everyone knows, to find the time and the space to do any of these activities.”

Bazz continued “everyone needs to be respectful, care for each other and make everyone feel included and welcome.”

Dancing, he says, promotes these feelings. Although the dance moves learned are secondary to the ideas taught.

“Skills are a byproduct of that. Everyone is based on their own skill level at their own pace in their own time.”

Choreographer Tobi Omoteso said the essence of the project lay in respecting each other and loving the community. Two ideals that cannot be lost in the current climate.

“Limrockers Crew, LRC. Love Respect and Community and that’s the ethos of the crew and the ethos of what we try and teach. To have love to have respect and to take care of the community.”

Speaking of the future Bazz said “hopefully I can resume regular classes and build on them because classes have been disrupted so much in these times. It is kind of like starting from scratch again.”

“Even in regards to premises I don’t know where I stand, your insurance and your vetting and everything all has to be done again so we can come back where we left off.”

Want to check them out? “We are on facebook, Lim-Rockers crew and that’s it,” Bazz said.