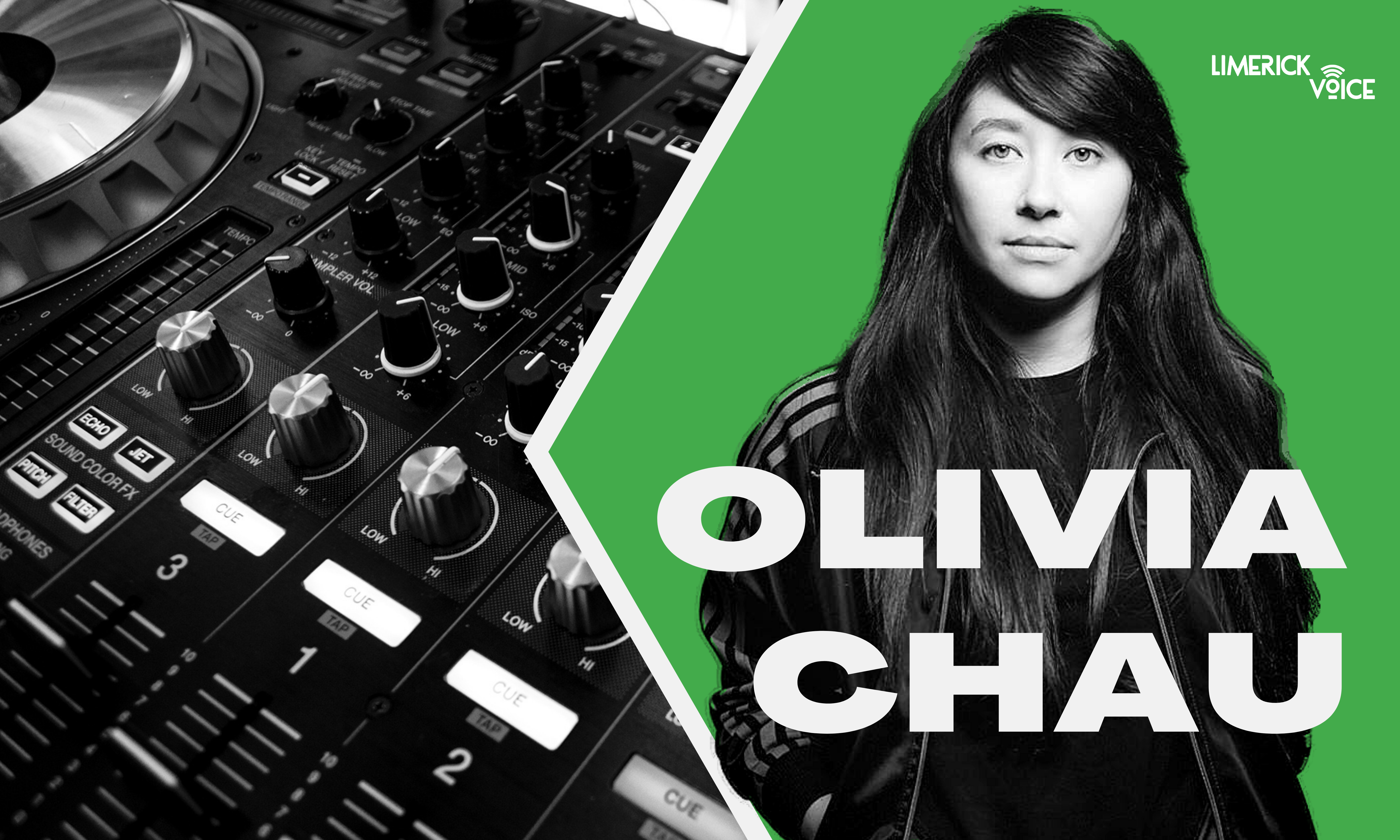 Do you miss peeling your shoes off the dancefloor as you make your way through a packed, sweating crowd of dancers? Or the shrill ringing in your ears that stays hours after a particularly heavy set, temporarily deafening you to the point where you can’t hear your order being called out in the kebab shop afterwards?

Olivia Chau has been DJing in Limerick for over ten years now and, like most of us, misses the beating pulse of the city’s nightlife.

Chau is joined by Limerick’s finest line-up of club enthusiasts, organisers, and performers every Tuesday on her new podcast, Chancers.

Together they reminisce about club nights of Limerick’s past, present, and future; the perfect fix for anyone mourning the thrill of staying out past 11pm and dancing freely without the penance of a substantial meal.

Chancers celebrates a city on the cusp of its cultural pique, before having it’s heart ripped out of its chest, still beating, by the clutches of Covid.

In her podcast, Chau strives to document the magic of Limerick nightlife, but also highlights its promising future. “I think, right now, Limerick is the place to be. For music, and for culture,” she explains. “Ormston House just got their building now and that’s going to become a huge cultural hub. I just think people don’t see us as a threat, but now they need to see us as a threat.”

“I want to be part of the boost to show people that Limerick is amazing, it’s always been amazing – please come back to Limerick.”

So far this series, Chau has spoken with Jack Brolly of ‘Lower your Expectations’, Dan Sykes of ‘D.I.E’. and last week, she spoke with Cóilín Phelan and Colm Brandon of Limerick’s newest night in the clubbing scene, ‘Cabal’.

Upon hearing her own list, Chau quickly jumped to her own defence, “I know it’s very male-heavy, that’s why I wanted to include Niki Kiely [Macronite] in the mix. As I continue on with the podcast, going into series two and three, I’ll actually have a lot more women in there because the way the nights are, there’s just so many guys at the moment putting on nights. I think I’d like to explore that a little bit more, but we’ll see how it goes.”

Among the usual suspects, Chau hints at a few surprising guests later in the season, including popular hairdresser Niall Colgan – “he actually used to put on massive nights back in the 90s and early 2000s. The way the nights go in Limerick now, he set the trend, he was one of the first people.”

The inspiration for the Chancers podcast was one born out of restrictions.

The original idea involved a collaborative project with partner Shane Serrano of Crude Media to capture the charm of the Limerick club scene on film.

Due to restrictions and the closure of venues, this plan has been put on the backburner, but Chau is adamant that the project will be back in action once restrictions lift.

While efficient in a lockdown scenario, Chau admits that audio documentaries can be limiting.

“You can’t capture what a good night is over a podcast,” she says. “We can talk about it, talk about how massive Cabal is and DIE is, even the smaller nights, they have this really brimming energy.”

On dealing with the challenges of remote podcast production, Chau says, “I feel like it’s hard in one way, but easier in another because people have the time to sit down and talk. Like the Louis Theroux podcast, he’s been able to interview people because people are at home and have nothing else, so he’s had these amazing guests on because we’re all just sitting at home.”

The main focus of the first, second, and third season will be Limerick City, with most episodes and interviews already planned and in the making.

Despite Limerick’s thriving scene however, Chau admits that expansion will be necessary for season four onwards.

“I’ll probably move away after series four, maybe try and do other people from around Ireland,” she says, “but I still want to keep it as Irish as possible. It’s always going to be people that are in the underground, DIY scene, people who don’t get the recognition that they should, people that I find interesting. As long as I’m still interested, I’ll keep it going as long as I can.”

There’s a unique sense of togetherness across the Limerick music scene, more so than anywhere else in Ireland.

Between venues, artists, and promoters, there’s a solid support network for anyone working in the industry. Chau touches on this unique dynamic in her podcast, that “there’s no versus in Limerick, everyone helps each other. Everybody goes to everyone’s gigs, and if you can’t go to those gigs, you share everything as much as possible.”

This feeling of solidarity was reinforced when the industry closed its doors last March and, according to Chau, has seen Limerick artists not only surviving, but thriving. “I think COVID, even though it’s been horrible and bad, what it’s done for the last year is all these creative people have come up with amazing,” she explains. “What I’m seeing in music now is all these new bands coming out, bands I’d never even heard of before. As bad as the world is, it’s an amazing time for art and culture and I’m here for it.”

While it passes the time, Chau notes that it doesn’t quite compare to the thrill of live DJing. Whether you are a DJ or Dancer, the scene Chau describes is guaranteed to trigger an intense yearning for sweaty, pre-pandemic dancefloors:

“When you have the crowd in your hand and every song that you’re playing, they’re all going mad for it. Even on a bad night, there’s always a couple of people up dancing. I miss just having fun and knowing that I’m adding to people’s happiness and enjoyment, you know, that song that they love, I managed to play it and they say: ‘Oh my God, this is the best song ever!’ Then when they come up and say thank you so much for everything, I had such a great night, your tunes are great. It’s such an ego boost, but it’s also really nice to hear and I just miss it so much.”

As we approach the looming deadline of our forty-minute Zoom limit, I ask Chau to look ahead to the future of the city.

What’s next for Limerick?

It’s no question that Limerick is one of the most culturally prosperous cities in the country.

Once an underdog, now a hotbed for Irish music and culture. Is this still the case, or has the pandemic stunted its growth?

Despite Chau’s optimism, COVID-19 is not the only barrier standing in the way of a thriving club scene in Limerick. When restrictions eventually lift, Chau suggests that the Irish government revisit the issue of licensing, “there needs to be a change in the laws of when pubs and clubs should close. I think we should be more like Berlin and be a bit later. Then you won’t have people pouring onto the streets, there wouldn’t be all this carnage happening at the end of any night.”

“We should be putting up loads of artwork, spaces where people walk down and think this is amazing. But in terms of nightlife, we have a long way to go. But we could get there. ‘Give us the Night’ is trying to do as good of a job as possible. I would love to be a bit more like Berlin.”