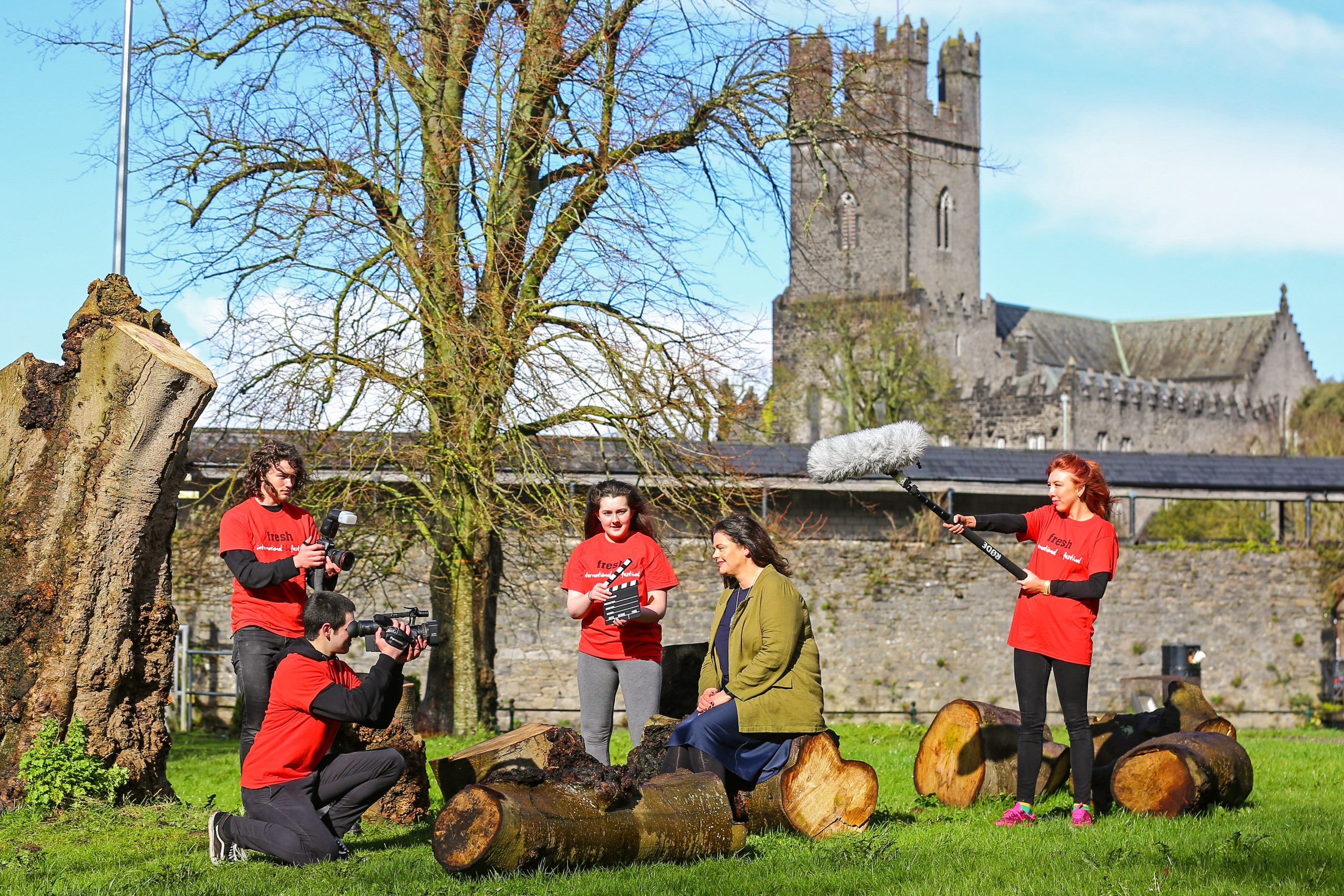 This year marks the 25th anniversary of Fresh Film, an organisation that has been encouraging and inspiring young filmmakers to reach their full potential since the 1990s.

The Fresh International Film Festival provides a platform for young people aged between 7 and 18 to exhibit their films internationally, attend events and filmmaking work[1]hops and compete for the Young Filmmaker of the Year Award.

Rachel McGill from Limerick won the Young Filmmaker of the Year Award in 2016 and was the first ever female winner of the award.

Speaking about her experiences taking part in Fresh International Film Festival she said, “It’s one of my favourite memories and really is one of the most important moments of my life. It showed me what I was capable of as a filmmaker and especially as a girl, no other girl had ever won before, so it felt so out of reach.”

Rachel recently graduated from the National Film School in IADT and has been shortlisted for the Engine Shorts scheme with Film in Limerick, who have been helping her to develop a short film script set in Limerick that she is hoping to direct this year.

“I’m not exaggerating when I say I would not have pursued filmmaking without Fresh, especially as a young female filmmaker. Young people really need to be encouraged in their creative interests and having mentors and people to look up to is so important,” Rachel said.

Since winning the festival in Transition Year, Rachel fell in love with filmmaking and began to see it as a viable career choice, and the festival then became a yearly occurrence for her.

“Throughout my years at Fresh, they’ve taken me to Beijing and Denmark for film festivals, they’ve distributed my film to loads of film festivals around Europe, they’ve held masterclasses with the likes of Roddy Doyle, and most of all they’ve given me the confidence to grow as a filmmaker.”

Founder and Creative Director of Fresh Film Jayne Foley said, “25 years doesn’t sound so long ago, but it does when you think about what Ireland was like 25 years ago in terms of film and technology, it was a very different landscape.”

“At the time there wasn’t an outlet for young filmmakers to show their films, so that’s what we were looking to create,” she added.

The festival began as the ‘Irish School’s Video Competition’ for secondary school students in Ireland, and it took off from the beginning.

“We received 50 VHS tapes in the post, which were really good. It just moved on from there that we decided to build a festival for young filmmakers around that event, which is now Ireland’s Young Filmmaker of the Year,” Jayne said.

The festival has had to go virtual this year for the second year in a row, but Jayne and the Fresh Film team worked hard to make the online festival the best it can be.

“The downside is we don’t get to meet anybody. We have all of these films coming in from young people, and normally a big part of what we do is about encouraging them and screening them in cinemas which is a great experience for them.” “

You can see the real effort that the young filmmakers have had to go to, and they have been really clever with their film-making ideas.”