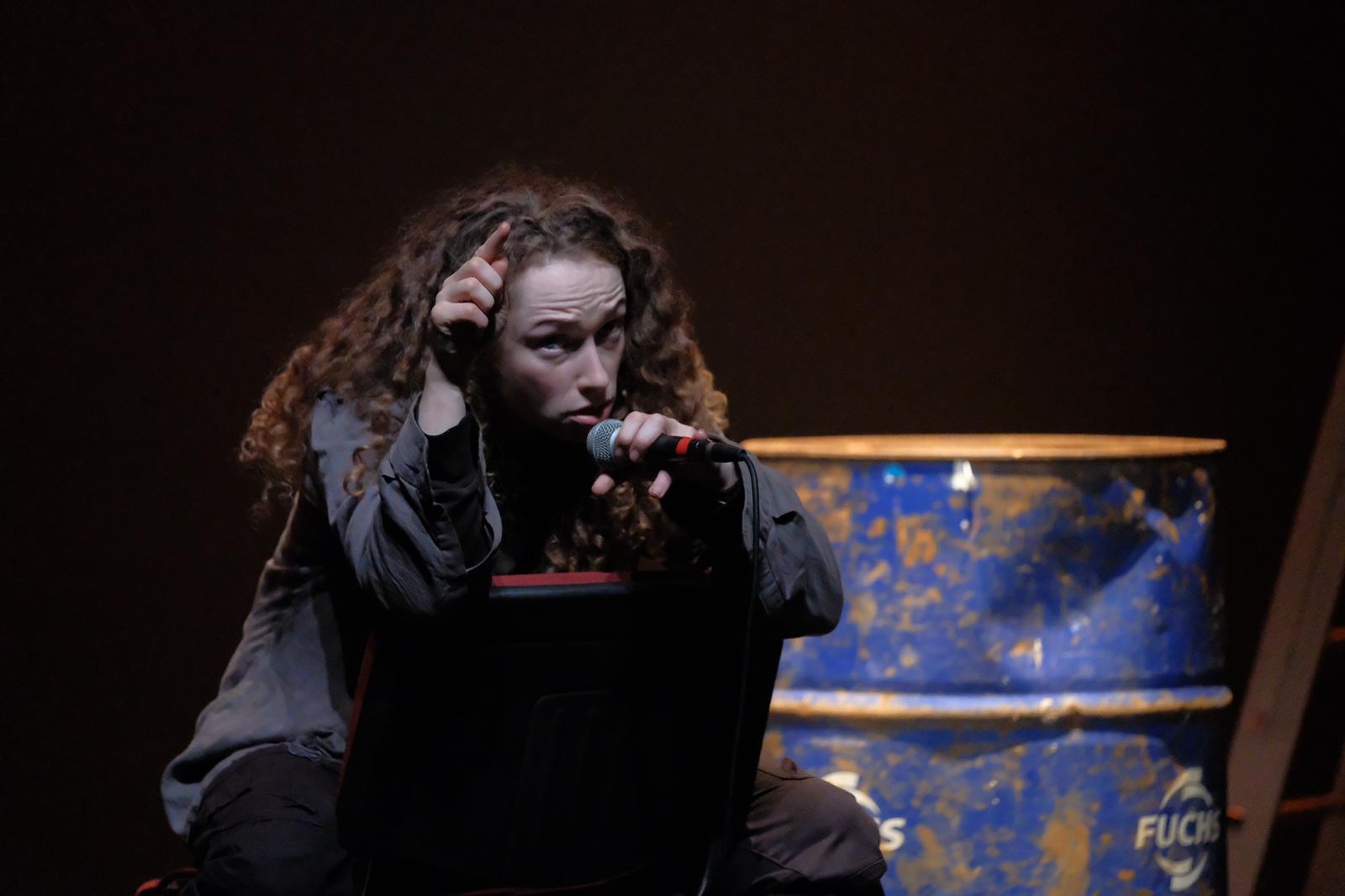 Professionally speaking, Luke Cassidy is not a man who likes making life easy on himself.

Less than one month after his debut novel, Iron Annie, hit shelves across Ireland – to much acclaim from critics and readers alike – a stage adaptation of the book, the Iron Annie Cabaret, has already begun a national tour. It comes to Limerick’s Belltable this Saturday November 6.

Limerick Voice reporter Adam Leahy caught up with the prolifically busy Louth man ahead of the show to talk Iron Annie, the shared Dundalk-Limerick underdog spirit, and welcoming others into his adaptation process.

Who is Iron Annie?

Iron Annie tells the story of Aoife, a “force of a woman” from Dundalk, and her doomed relationship with the beautiful-but-capricious Annie.

Set against the backdrop of a larger-than-life Louth criminal underworld, their adventures sweep them on a whirlwind trip across the Irish Sea to offload 10kg of cocaine.

How does the novel transfer to the stage?

“It’s a little bit difficult to define,” he muses.

“This is sort of the whole challenge from a point of, like, how do I communicate that? When people hear the word ‘cabaret’ they might think about dancing. It’s not that. It’s not a straight up concert either.

“It’s a bit different from what you’d imagine from the Irish theatre canon.”

Bucking Tradition in Dundalk and Limerick

Despite veering intentionally away from the Irish theatrical canon, the tone and heart of Iron Annie place Mr Cassidy among a pantheon of Irish novelists and playwrights (Sean O’Casey, Martin McDonagh, Roddy Doyle) who firmly root their narratives in a concrete sense of place.

“Dundalk was, I suppose, a big inspiration in writing the book. It has a very specific kind of culture.”

“I think that Dundalk and Limerick have an awful lot in common,” he expands.

“In the sense of, you’d almost have the impression that they were places that were kind of left behind by the main centres. And therefore had to kind of create their own culture.”

“I think both Dundalk and Limerick are thriving culturally at the moment. And, you know, you see that sort of surprising people up in the country with the liveliness and vitality that’s coming out of these scenes that would have been looked down upon in the past.

“I believe we have a massive sort of a stigma of the underdog kind of issue that’s decades long in the making.”

Mr Cassidy seems to carry that sense of the underdog spirit throughout his work, explaining how the stage adaptation of Iron Annie came almost from a sense of disconnection from his Irish contemporaries and the Irish writing scene.

“There definitely is a literary scene in Ireland but, partly because I’ve lived abroad for most of the last decade, I haven’t been part of it. So, you know, I’m kind of striking out on my own – even though I have great publishers and everything – I’m kind of by myself and that’s okay.”

When asked if he was concerned over falling into a common trap for first-time novelists writing stories set in their hometown, that audiences presume the narrative to be autobiographical, he laughed:

“People can read what they want. If they decide that I’m Aoife, you know, that I’m bisexual female drug dealer, that’s grand.”

Indie underdog ambitions aside, Mr Cassidy notes how he enjoyed the collaborative process putting the ‘cabaret’ into the Iron Annie Cabaret.

Did he find opening up his world to others difficult?

“That’s actually the part of the process I really enjoyed. Just giving something which is in its own way complete – like the novel is a complete world – and giving that to other people and saying ‘Here, take this. Make with it what you will and come back to me and let’s see what we can integrate that all into.’”

He speaks equally highly of collaborating with actress Eleanor McLoughlin, who takes the leading role in the Iron Annie Cabaret.

“She’s great. She’s taken Aoife and carved out her own identity for the character.”

As the Iron Annie Cabaret Irish tour continues, with further dates in Cork, Belfast, and Dublin in March of next year, he has already begun work penning a prospective television adaptation of Iron Annie – along with a second novel in the works too.

With the North American release of Iron Annie due early next year, Mr Cassidy is playing his cards close to his chest about the future of the Iron Annie Cabaret.

As he modestly puts it: “I’d like to see what the craic is in New York.”

Tickets are available from limetreetheatre.ie.