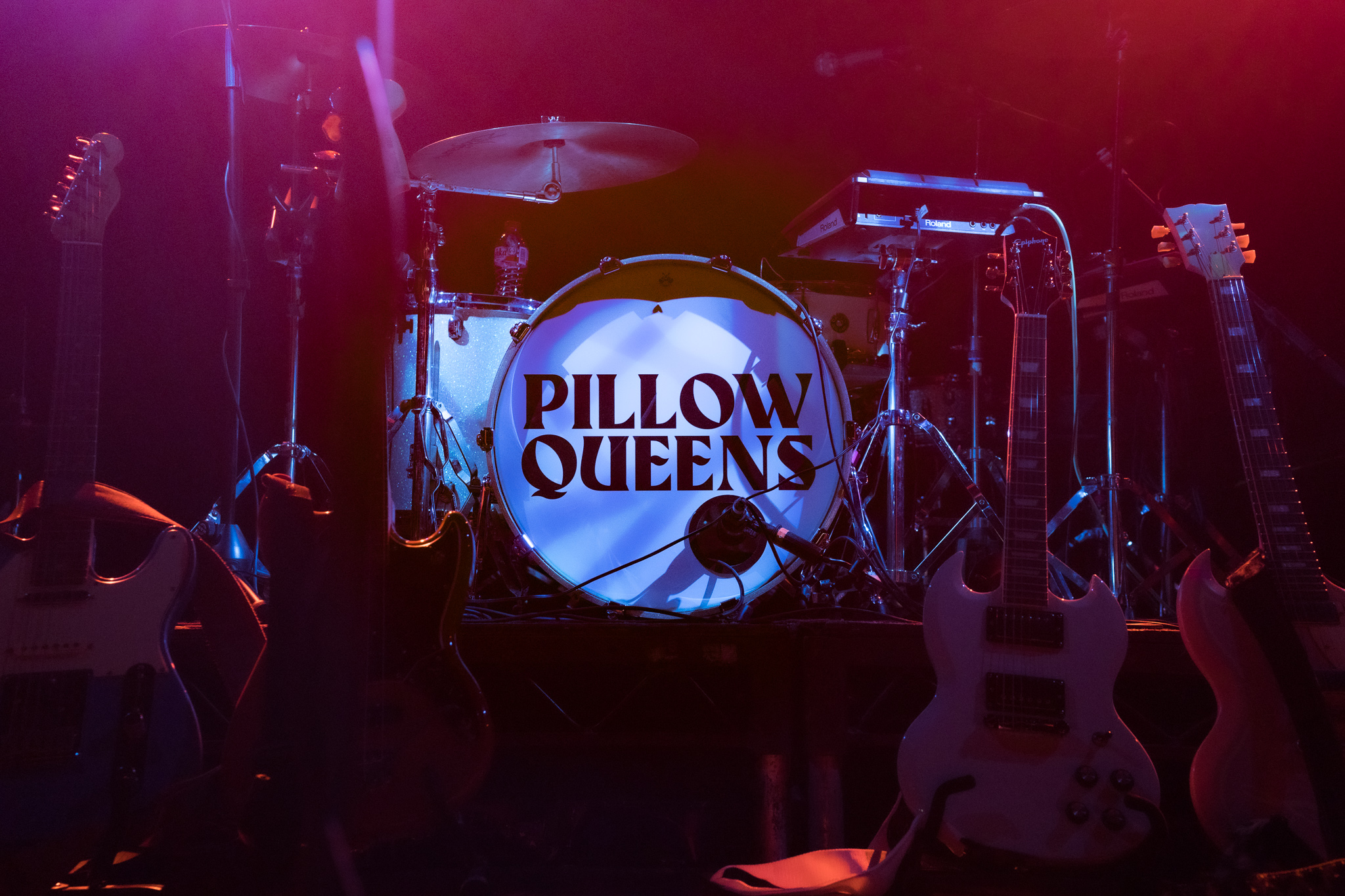 Dolan’s have done it again, raising the roof with another cracking gig.

Dublin-based band Pillow Queens took to the infamous Limerick venue on the first leg of their current tour and blew away the crowd of fans old and new alike.

The night started with the warmup act setting up the merch while a last-minute mic check could be heard from Dolan’s warehouse.

The delightful warm-up act, Brighton duo ARXX are signed up to tour with the band for the entire tour and are known for their garage/punk vibes and even had a single come out on the day of the gig. They had the crowd dancing and singing along immediately, even making you forget that they were only doing a few songs. Coupled with amazing harmonies, a strong chest voice, and fantastic guitar and drumming skills they captured the hearts of everyone in the room.

Shortly after, The Pillow Queens came strutting out on stage, welcomed by an onset of cheers and screams from attendees. The indie Dublin-based band is described as Rock/Alternative indie. Originally from North Dublin, Kildare, and Wicklow, the group formed in 2016 and is signed to the label SubPop, with all members in their early 30’s.

They kicked off the set with their song Delivered. full of sultry harmonies and a complete curveball for rock concerts as an opener but gave plenty of opportunity for Pamela to lock eyes and give the audience a sense of intimacy. The crowd then got very excited as the band led into one of their newest songs ‘Be By Your Side’. Which, in a way announced the coming of their new album ‘Leave The Light On’. This number is a fan favourite and was immediately recognised by the opening drumbeats from Rachel Lyons.

The entire band looked absolutely stellar, giving “queer girl next door” vibes, attendees were in awe the entire set as they knew how to play to the crowd. At one point Pamela’s microphone cut out but kept going in the hopes it would be resolved. Like the queens they are, the show kept going by taking over Sarah’s mic, who then went on to work the stage during an insane instrumental.

The mic was soon replaced, and Pamela left the crowd laughing with a sassy “I’m back baby!” with other members chiming in with a few well-timed puns before they moved on to the next song.

It was at this point that we (including amazing photographer Alan David Driscoll) managed to shuffle to front and centre and truly feel immersed in the presence of queens as the audience basked in the glow of gentle strobe lights and the waves of the amazing music.

The last song on the agenda was fan favourite ‘Gay Girls’, allowing everyone to sing their hearts out and stamp on the sticky floors till the last note played.

As soon as the band gave thanks to those involved and for everyone for coming out they left the stage, the standard chant of “one more choon” began to chorus throughout the warehouse.

The band came running back on stage for their encore and started playing the songs that fans knew were missing from the set. Those who spent the gig singing along and dancing for their lives are hanging on by a thread but use every last ounce of strength to rock out with the band for the last few songs, including the perfect teen rebellion number ‘Rats’ before finally closing with their ultimate Dublin anthem ‘Liffey’.

The crowd was left bewildered and hollow, but in the best way possible, having blown away all the cobwebs of the last year. After a quick hello to ARXX and purchase of merch, it was time to get in the car, roll down the windows and listen to ‘Be By Your Side’ to wind down from the best rock concert Dolan’s warehouse has seen since restrictions were lifted.

Find out more about Pillow Queens.