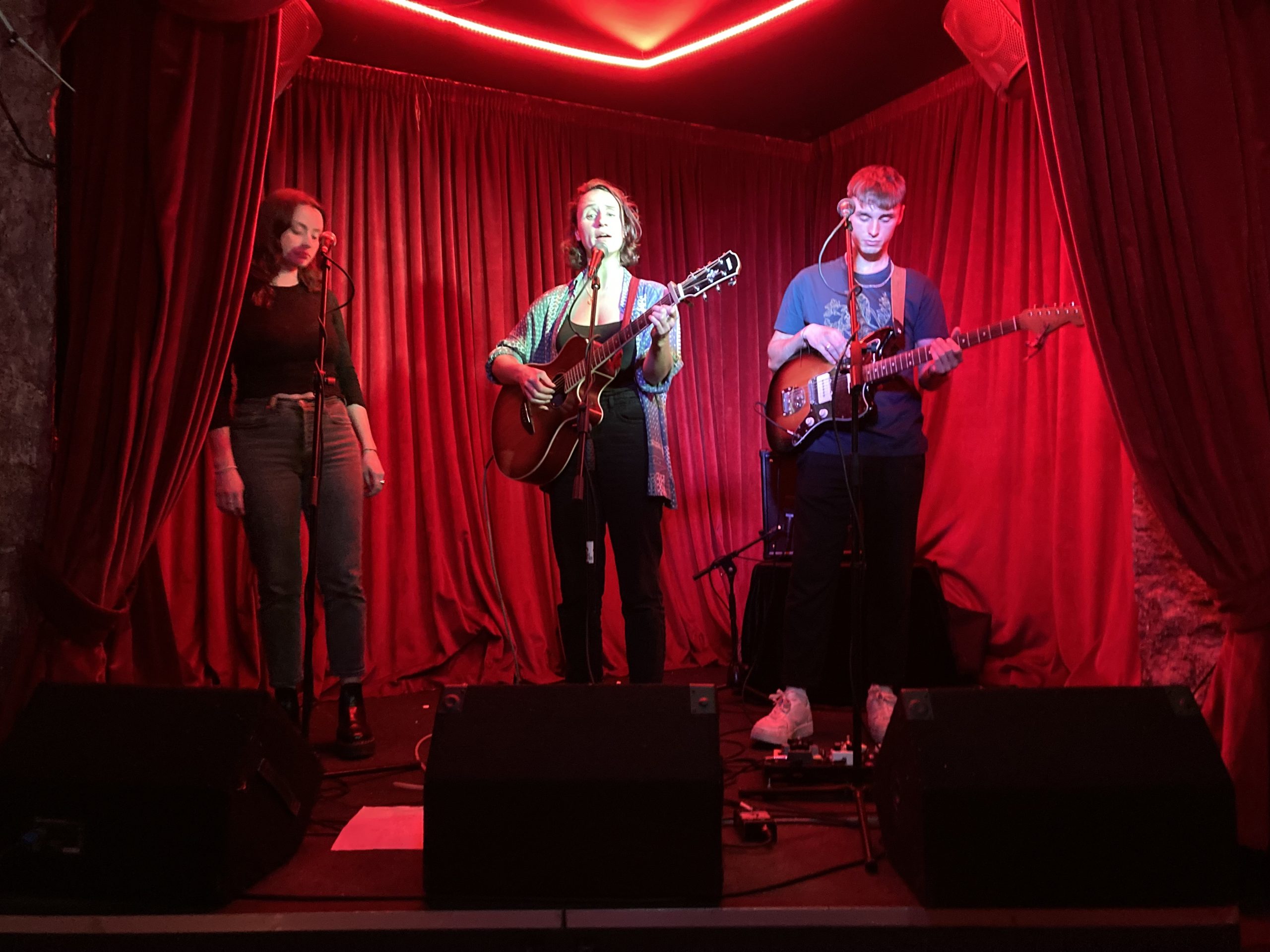 Molly O’Mahony’s Limerick gig first came to my attention when local artist JaYne announced on Instagram that she would open the show, automatically making it a must-attend event paired with Molly’s amazing repertoire.

Before Molly could indulge the crowd in a warm evening of song, JaYne arrived in a vintage-styled, faux fur trimmed coat to reveal a more casual look than at previous Limerick performances, with a beautiful, loose-fitting green silk blouse beneath.

After introducing herself and her accompanying pianist Martin, she ran through her chosen songs and had good back-and-forth banter with the audience.

JaYne opened with the song ‘Soul Heros’, her familiar, smooth vocals washing over the room. She also played a new song – ‘Netflix and Breakfast’ – which fans are eagerly awaiting the release of. She thanked everyone for coming along and quickly welcomed Cork singer-songwriter and star of the evening, Molly O’Mahony, on stage.

As soon as Molly and her band arrived on stage, which consists of brother Fiachra and sister Mathilda, the singer plugged in her red-strapped acoustic guitar. Fiachra set up his electric guitar and Mathilda readied herself to perform backing vocals and harmonies, which Fiachra later joined in on.

Molly sported a loose blue checked shirt and sparkly socks with no shoes (her boots got waterlogged). I quickly noticed that all three siblings were wearing navy blue, with Fiachra parading Molly’s band tee (which is also available in green). I wondered if this was coincidental or perhaps a reference to the song Brother Blue.

Opening with a “jazzier” version of track ‘Bittersweet’, Molly added a breathy quality that didn’t diminish her vocals – a difficult thing to accomplish.

She became completely entranced while she performed and put an unimaginable amount of emotion into every number. Molly and Mathilda’s voices melted into each, creating a beautiful sound, and when Fiachra joined in it became a blissful three-part harmony.

The added reverb, the gentle strumming of Molly’s guitar and Fiachra’s riffs filled the room making it seem like everyone was in a bubble and nothing else existed, including the very full pub overhead which was completely forgotten about.

Seeing the dynamic between the siblings on stage was heart-warming; their perfect harmonies, obviously strong connection and banter that left the crowd belly-laughing.

Molly is originally from Ballydehob, West Cork, where she returned to live with her family during Covid-19 after a decade of living in Dublin.

During this time spent in Cork, Molly, Mathilda and Fiachra decided to put their time in lockdown to good use, as they all started singing and making music together.

Molly has a degree in Music and English from University College Dublin and has applied it in both her performing and songwriting ever since.

During a the three-part a capella arrangement of a Damien Dempsey song, the sisters poked fun at Fiachra for a performance blunder. You felt the family connection and didn’t want it to end.

They winded down the gig with ‘Tomorrow’s Lunch’, which left attendees swaying to the “love song lullaby” and after giving thanks to everyone who came, they finished with ‘Remember to be Brave’.

Molly’s songs are inspired by her ritual of journaling, which she did a lot of during lockdown.

Her new album was recorded in just over a week at Black Mountain Studios in Dundalk. She and her siblings had had a long time to perfect each song, so it was just a matter of getting to the studio and letting the music flow.

Molly used a well-timed bursary from the Arts Council of Ireland and crowdfunding to bring the album to life. Since then, three new songs have been released as singles.

Catching up with Molly after the gig, she was happy with how her Limerick performance went and spoke of how excited she is for her album to finally be released, available on Spotify at the end of November.

Find out more about Molly O’Mahony.