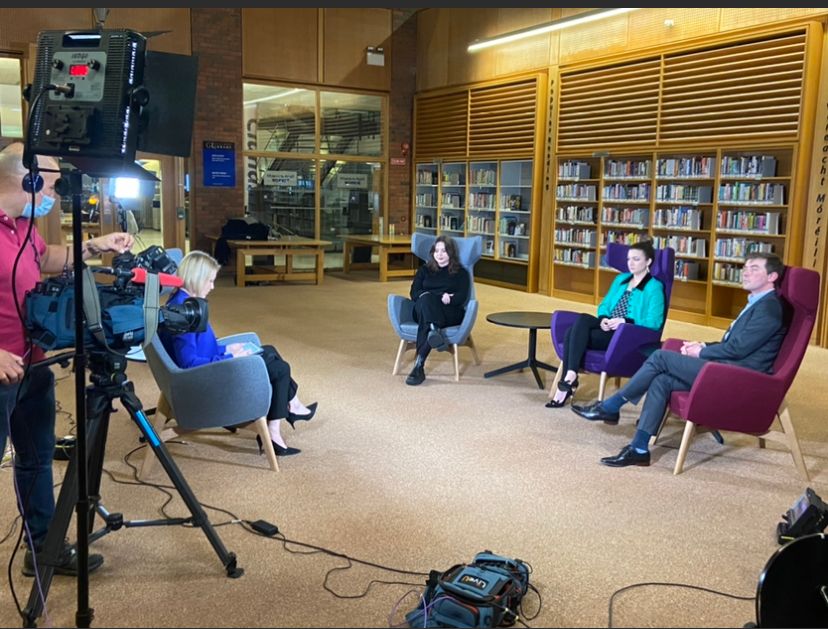 Host Claire Brock was joined by Professor Stephen Kinsella, UL Student Roisin Ni Shuilleabhain and Journalist Meghann Scully to discuss the current rental crisis and the rise in inflation happening in Limerick and across the country.

Professor Kinsella highlighted that “You can’t have a situation where there’s a vast imbalance between people’s disposable income and, the kind’s of rents we’re seeing.”

Journalist Meghann Scully stressed that “it’s kind of frightening to think we’re at this age and we can’t buy” but would love to see long-term renting become viable in the city.

“I’d absolutely love that (long-term renting) and I think that would be a great scenario. The apartment I’m in now I adore it. But obviously the furniture in it is the furniture that came in the apartment, but if I had someone say to me, ‘Look, you can have this apartment for the next 10, 20, 30 years and you can furnish it yourself.’ At least I know then I could get like a small loan out and I could turn it into my own little home and I think that would be the ideal situation.

“At the moment, I guess renting is my only option, but there’s not long term security in renting. I’m kind of hoping that I can stay there as long as I can. But as if that option was there, I’d be happy to do that or even like a rent to buy scheme as well.” Meghann said.

UL Student Roisin Ni Shuilleabhain explained how the rising cost of housing and inflation has impacted her final year experience.

However, Ms Ni Shuilleabhain highlighted that many students are putting themselves in “precarious living situations.”

“Then there’s also people that are couchsurfing that are in these precarious living situations. And as we know, Ireland isn’t as safe in recent events that we’ve seen so many young people in all kinds of weird situations,” Roisin concluded.