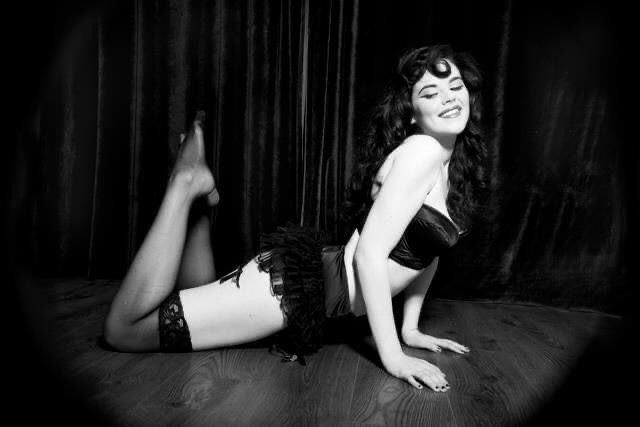 The glamour of the cabaret is coming to The Commercial Bar, Limerick.

Prepare for a night of flirty fun and sexy surprises as Laura Lavelle and Breda Larkin, co-producers of The Wild Atlantic Cabaret (also known as The Wild Geeze), bring their sexy stylings to the Treaty City in a show simply titled “Trick or Tease”.

Limerick native Lavelle took her first steps into the world of burlesque while studying in the University of Limerick’s Irish World Academy of Music and Dance.

“I was drawn to burlesque, I always had an interest in Dita von Teese, so I got some lessons, began teaching it, and, as they say, the rest is history.”

She believes that burlesque culture is continuously coming to the fore in the Irish mainstream consciousness, growing from a small underground movement in years past.

Lavelle modestly shared that, despite being partially personally responsible for a current cabaret resurgence in Limerick, burlesque has been present in Ireland since long before her time.

She hails cabaret artists like Lola Montez – a proto-cabaret dancer who rose to prominence even before Ireland’s golden age of cabaret in the brief prohibition period between 1920 and 1933 – as a firm influence and inspiration. On the roots of burlesque and cabaret in Ireland, Lavelle said:

“Because alcohol was illegal, everyone was going to the hotspots to hang out and have shows and do music, so stripping just became a natural part of that celebration.”

To Lavelle, burlesque is a bespoke form of dance that she can curate all aspects of herself, from choreography to costumes and beyond. She confidently describes her performances as “a one woman show in a three-minute dance.”

Lavelle asserted her belief in burlesque and cabaret as empowering not just to women but also to those who do not confirm to a set gender. On the topic of the power of burlesque as a tool for engaging curious audiences, touching taboos, and expressing personal empowerment, she said:

“It might sound cliché, but it’s very empowering to women. Especially in a society where our bodies are being policed. There are no rules in burlesque and cabaret, you can just do whatever and it’s celebrated.

“Our nipples are still not allowed onto any type of public platform, creating this narrative that, you know, the female body is taboo and needs to be kept in a box because some people can’t control themselves.

“If men are allowed to show their nipples wherever they want, then women should be too.”

Lavelle delighted in sharing her thoughts on what audiences can expect from next Friday’s Wild Atlantic Cabaret Show.

“They need to expect their lives to change. And their whole idea of what constitutes good entertainment. [It will] open up a whole new world of entertainment they didn’t know was available.”

Lavelle shared that many burlesque performers, as with a great many other Irish artistic communities, have suffered quite a lot at the hands of COVID-19 restrictions, with many performers not taking to the stage in over 19 months.

“The performers are absolutely frothing at the mouth to get going,” she quipped.

Trick or Tease will be being hosted by Lavelle and her comedy partner, Breda Larkin, at The Commercial Bar on Friday, October 29. Audiences can expect a night filled with burlesque dances, comedy and music performances, and a lot more in between. Prizes are also available for best dressed – a fun and spooky start to the Halloween weekend.

Tickets are available online from Eventbrite and will also be available for purchase on the door, subject to availability. Get the feather boas ready, why stay in when you can stand out!