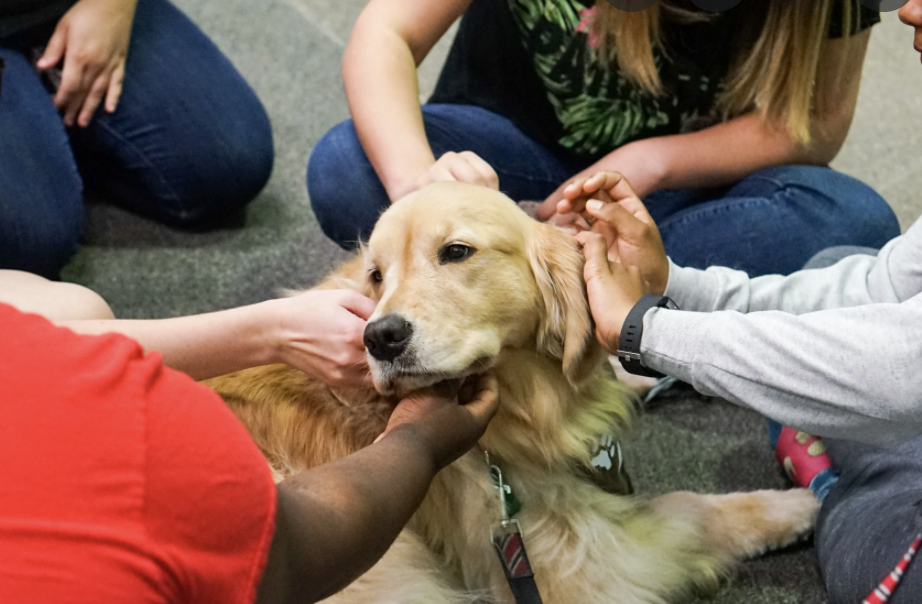 Animal Assisted Therapy (AAT) has been a popular form of therapy for college and university students for decades across the globe, offering students a free yet effective way to lower stress levels and feel a sense of comfort.

The use of therapy dogs on college campuses has risen in popularity since 2005, due to the low costs involved and with many pet organisations willing to offer the dogs as a form of volunteering.

One notable volunteer organization that has been offering dogs for years as a form of Animal Associated Therapy is the organization “Irish Therapy Dogs”.

This organisation was founded in Dublin in 2008.

When talking to Dr. Sandra Barker, a professor at Virginia Commonwealth University and Associate Director for inpatient psychiatry programs and Director of the school of medicine center for human-animal interaction, Ms. Barker stated “As someone who has written numerous articles about the importance of students interacting with dogs and the many benefits it has, it was extremely important for me to donate as much as I could to Irish Therapy Dogs.”

Approved and registered volunteers (owners and their dogs) attend weekly, where they lend their animals to volunteer at the universities.

This experience is extremely rewarding for both the owners and the students, where they can witness firsthand the positive benefits associated with the students interacting with the animals.

Although all of the animals at Irish Therapy dogs have homes, it is extremely common for universities to work with local animal shelters to not only socialize the animals but also have the opportunity for them to get adopted.

Bringing more animals onto college campuses may be an effective, relatively inexpensive way to help students deal with psychological issues and may increase the chances that they will learn, participate, or continue with animal-assisted therapy in the future.