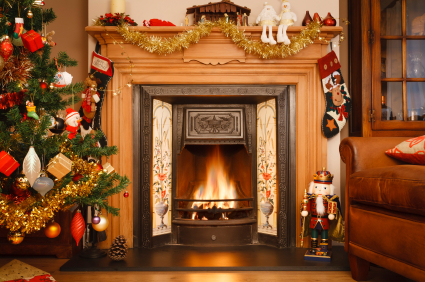 While it’s easy to replay the events of mid-March onwards endlessly in our minds, I’m reminded of a song by the late, great Ian Dury – Reasons To Be Cheerful.

At time of writing the first few doses of the vaccine are being distributed, giving us hope in a year where that word sounded absurd.

Sports persevered through the most challenging of circumstances, offering us the chance to see Limerick rightfully reclaim its All-Ireland hurling title and Barcelona’s spectacular self-implosion.

The world became enthralled in the exploits of one Joe Exotic as well as Marianne and Connell, and people took up hobbies like cycling and baking (banana bread, anyone?)

The long-overdue discussion surrounding race was had, encouraging people to try and make the world a more tolerant and open place to live, John King and his magic wall enthralled viewers, Tubs spilling Fanta in front of the entire nation provided a clip show staple for the ages, and the hallowed art of pub quizzes became a mainstream sensation.

And from a Limerick standpoint, Denise Chalia and Blindboy further solidified their status as national figures, creating a strong sense of local pride.

Or as we say in my native rural Galway, a great day for the parish.

Of course, it would be remiss to acknowledge the effect this year has had on us all, from physical and mental health, to the widening social and economic gaps in this nation.

As soon as the vaccine jabs enter our blood stream it’s not as if we can go back to 2019 and carry on from where we left off.

The road to recovery will undoubtedly be a long one, with plenty of bumps, and fraught with more challenges.

But in adversity, comes strength.

Since assuming the Digital Editor role for the Limerick Voice in October, I’ve been privileged to use my position to champion causes near and dear to my heart, and these last few weeks (despite feeling closer to a decade) have truly been a joy.

While not physically being in Limerick has been difficult from a personal and professional standpoint, being able to communicate with writers and sources in seconds is a testament to the era in which we live, and community spirit is something that will triumph over a nefarious virus any day of the week.

We will continue to champion social causes and local businesses, give you in-depth features, keep you up-to-date with the exploits of our various sporting teams, and detail how the issues of the day affect you.

We’re taking the festive season off, but rest assured we will return in late January – A Voice does need a rest every now and then! – eager as always to deliver the news and content that matters the most to you.

If you’re in a position to do so this holiday season, I would like to implore readers to reach out to someone they haven’t spoken to in a while.

As the late, great Bob Hoskins told us long ago, “it’s good to talk!” and in these most unusual of holiday seasons, a talk could be all that someone needs.

Thank you all for your continued readership of our outlet, and we’ll see you in the new year.