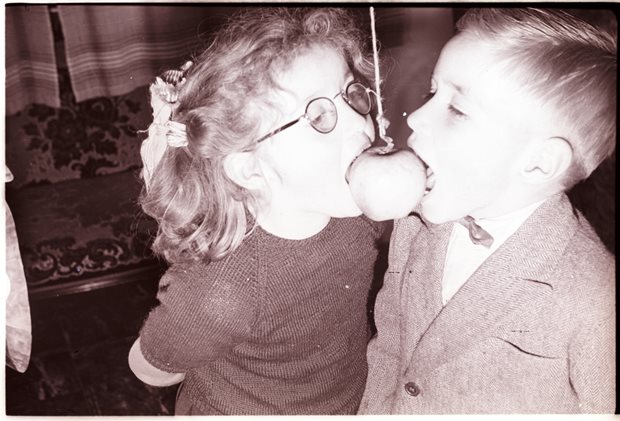 Hallowe’en has become increasingly popular internationally over recent decades, commonly known as a time to dress up in costumes, celebrate and eat sweets.

We have many customs that are celebrated every year on Hallowe’en, everything from Trick-or-Treating to bonfires to bobbing for apples.

But where do all these traditions come from, and what do they mean? Limerick Voice reporter, Andrea Sheehan spoke to Dr. Billy Mag Fhloinn, an Irish Folklorist and Limerick native, to find out more.

The origins of Hallowe’en can be traced back to the Celtic festival known as Samhain, which was a festival to mark the end of the Harvest and was a very important time in Ireland with great gatherings and celebrations taking place.

“In mythology, traditions of Samhain mark the time when the Otherworld and this world are close to each other. In early Irish literature there are many stories from this time of Otherworld beings such as spirits or faeries coming to this world or people from this world crossing over to the Otherworld. There was believed to be communication between entities, to seek knowledge or occasionally in conflict,” Dr. Mag Fhloinn said.

It is believed that the spooky nature of the holiday can be attributed to the sense of eeriness and strangeness in the atmosphere as supernatural presences walked the earth.

According to Dr. Mag Fhloinn, it is thought that Samhain developed into the Hallowe’en we know today as the Christian Feast of All Saints (or All Hallows’ Day) moved to the 1st of November and the Feast of All Souls moved to the 2nd of November, which strengthened the spiritual connections at this time.

“On this night it was believed that the souls of recently deceased loved ones and family members would return. Families would leave food out for them, light the fire and leave the door unlocked to respect and commemorate the dead and let them know that we had not forgotten about them,” he added.

One of the most popular modern Hallowe’en traditions is to dress up in costumes and go trick-or-treating. This is believed to have originated in the traditional practice called ‘souling’ which saw people going to neighbour’s houses telling them they were praying for the dead, and in return these people gave money, cakes and treats etc.

Homemade masks of straw or cloth (and occasionally pig skin) were worn as costumes to disguise people as they went door to door.

There is a common belief that today Halloween has become an Americanised and commercialised holiday, but the basis for this can be traced to Irish emigration to America in the 19th century.

“There is an interesting dynamic in the fact that Irish people who emigrated to North America brought Irish Halloween traditions with them, these traditions became completely Americanised, and then we re-imported them again.”

There is a truth to the statement that America has had a big influence on Halloween, but many of the basic elements of it originated in Ireland. The spookiness and strangeness is a traditional aspect of the time, which has been heightened by Hollywood horror movies and commercialisation.”

“The modern aspects and Americanisation can affect the Irish customs but it also gives a context for Irish traditions to continue. Halloween has become internationally popular and many of the traditional practices and games are still carried out today.”

“Without this commercialisation and popularity Halloween may have faded out in many parts of Ireland, as did many other older pre-Christian festivals that we no longer celebrate. It is a bit of a double-edged sword because although we may lose some of the original traditions it allows many of them to continue on and remain relevant,” Mag Fhloinn said.

Another example of the Americanisation of Halloween is the Jack-o’-Lantern. In Ireland, the original tradition was to carve scary faces into turnips. Pumpkins were adopted in their place when the traditions became popular in America, as they could be hollowed out and are much easier to carve than turnips.

“Traditions are not static, they are constantly in a state of change,” Mag Fhloinn said. “There are modern Samhain festivals becoming increasingly popular all across the country. People are looking back at old traditions but are also creating new traditions and are making it a dynamic and vibrant cultural event to celebrate.”

Watch Billy Mag Fhloinn mark Samhain with a talk on the history of traditional straw masks and costumes in Ireland, on Saturday October 31st at 7.30pm on the Ormston House YouTube channel for Mummers, Masks and Mischief, co-produced with Lumen Street Theatre for the Samhain Festival and part of Ollphéist at https://www.youtube.com/watch?v=BxqOXawlvlU&ab_channel=OrmstonHouse

To learn more about Samhain and other Irish Folklore visit Billy’s website www.tradition.ie