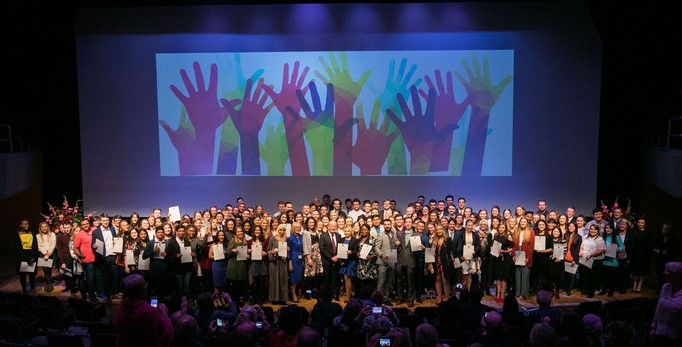 The University of Limerick has fostered a strong reputation for it’s volunteer culture in recent years.

A large part of this volunteer culture can be attributed to the presence of the Presidential Volunteer Awards, or PVAS, as they are more commonly known.

Gabriella Hanrahan, Community Liason Officer at the University of Limerick, described volunteering “as the gift that keeps on giving – whatever you put into volunteering you will get back twofold.”

Raised a communitarian, Hanrahan and her 7 siblings were volunteers and this laid the foundation for her volunteering journey.

She said volunteering is a CV builder, citing an experience where her background in volunteering was well-received by a prospective employer.

Hanrahan said “I have yet to meet a student that has said to me after they volunteered, that is the worst thing they ever did.”

The University of Limerick is the only Irish college that acknowledges volunteering work on a student’s transcript.

Students can attain a Bronze PVA (for 20 hours of volunteering over an academic year), a Silver PVA (for 40 hours) and a Gold PVA (for 60 hours).

Mike Finnerty, a final year Journalism student in UL and Digital Editor of Limerick Voice is the recipient of two Gold PVA awards.

Finnerty said “I used to go NUIG but dropped out, and one the reasons was I felt there was no real community spirit there”.

Starting over at the University of Limerick, he got involved in various activities such as serving as an international buddy for foreign students, radio DJ, charity week, bucket collections and serving as class representative.

Finnerty has almost 3 years of volunteering experience, and cited his experience as radio show host on ULFM in second year with boosting his confidence.

“You need a certain level of confidence to be a journalist, but it was always something I was lacking in. Doing the radio show in second year really helped with that, and I wouldn’t have done it if it weren’t for the PVA program.”

“Even if it seems scary for some people, volunteering has helped me grow as a person. It made me push myself, and I’ve really benefited from the volunteering process,” he added.

Dave Mullen is a Project Design and Technology student has four years of experience in volunteering and is also a multiple recipient of the PVA.

His admiration for the Limerick Suicide Watch team led him on the path of volunteering.

As part of his volunteering, Mullen took courses on suicide intervention, first aid and a two-day course HSE-run “ASSIST” course, which re-enacts scenarios that the Limerick Suicide Watch faces.

On his first day volunteering with the Limerick Suicide Watch, Dave handled an intervention that lasted for two hours.

Discussing the challenges of his volunteering service, Mullen said it is hard to detach himself from work as he is concerned about the wellbeing of people he has helped during tough situations.

Dave said: “Although I started volunteering before college, the PVA is an added bonus of recognition that encourages public service”.

“Volunteering is an all-around rewarding service and I encourage everyone to participate in a volunteering service because it is a purposeful act.”