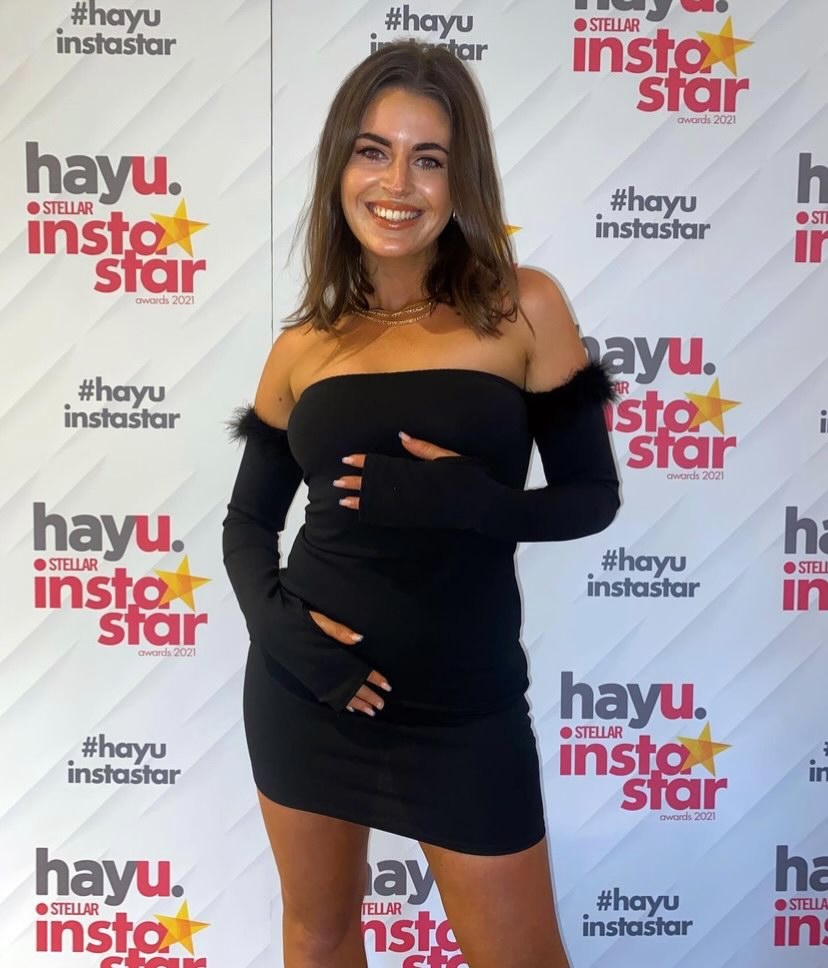 “Even to this day, if you were to ask me ‘do I think I’m the best person for this job?’ I probably would say no, but I’m definitely the most passionate, so I think that’s what stands to me. Passion takes you all the way.”

These are the words of Denise Curtin, as she humbly describes her role as Digital Editor of Stellar, one of Irelands top leading magazines.

At only 27 years of age, Denise has established her name firmly in the media industry, making waves in the Dublin fashion and lifestyle scene.

Hailing from Mallow, Denise had her sights set on working in a magazine from a very early age.

Reminiscing on stumbling across her old ‘We Heart It’ page recently, an image-based site where users collect their favourite images and share their passions with others, Denise recalls how she had saved hearts saying her dream was to ‘work in a magazine’.

Upon completing her Journalism degree in UL, Denise chased her dreams and headed to Dublin in search of her big start.

Never forgetting her roots, the  27-year-old relishes the swell of pride she feels when she hears of country people making it in the city saying: “It’s great when you hear of people from Cork or Limerick or even Tipperary, anywhere in Munster really. When your outside of that Dublin bubble getting a job here can feel unattainable, almost as if  you can’t break in because you think they [Dublin students] have already made the connections, it’s easier for them.”

Denise gained her first start in the journalism field working as a ‘Spinnie’ for Spin South West radio, a job that she adored and gained valuable experience from.

This involved, driving a mini cooper whilst doing promotional work around Munster, and further afield for the radio station.

The journalism student applied to do her work placement in Spin South West when she was in her third year of college, and this allowed her the opportunity to work in a presenting role, bringing her one step closer to fulfilling her goal of becoming a radio presenter.

Despite her hard work, the UL graduate is a firm believer that some things are possible simply due to “being at the right place at the right time”, and this was the reason she was chosen to accompany colleague Marty Guilfoyle for the morning breakfast show.

Denise was the ‘perfect shoe-in’ to sit with Marty in the morning as on air assistant and pop on and off-air now and then, offering a helping hand whilst learning valuable tips and training from watching him in his element.

Before long, Spin recognised Denise’s huge confidence boost and offered her the chance to present her own show, Spin Party.

Newly graduated Denise began her first Dublin job working for Her magazine. The company was seeking new graduates who were looking for their first start in writing and the working world.

“I left the interview thinking God, I feel like we were such a perfect fit, I hope they see that too. I’m passionate about everything they cover and I’m free and ready for the job.”

“I was getting the train home to Mallow after the interview when I got a WhatsApp call from the woman who interviewed me saying: ‘We want to offer you the job’ so obviously I was stood in Heuston crying saying ‘I can’t believe I got the job in Dublin’. I couldn’t believe it.”

Denise credits her job in Her for uncovering her niche and building confidence in what she felt passionate writing about.

It was here she discovered her love for interviewing others, writing celeb news stories, and branched into podcasting, where she interviewed a range of interesting candidates.

Throughout her career, Denise has had the pleasure of interviewing a range of various celebrities and individuals from all walks of life, however some of these are more memorable than others for one reason or another.

Recalling one interview that has left a lasting impression for the wrong reasons, Denise does not hesitate to name the one and only Rita Ora.

The singer sounded very uninterested throughout the conversation, before hanging up abruptly mid-question, leaving Denise with no natural ending to the interview, she was told to simply ‘make it work’, teaching her to think on her feet in times of doubt.

On the other hand, she recalls Emma McKay from Sex Education as one of the best celebrity interviews she has ever conducted, describing her as being very easy to talk to and made feel ‘at ease’, all important qualities for a good interview.

Speaking on the topic of her current job in Stellar Magazine, Denise gushes: “I absolutely love it. It honestly is something I’ve wanted to do for so long but it feels kind of not real that this is my job. I think as well because of Covid, I started the job on the 18th of March, 2020, so because of Covid I’ve really done a lot of this gig at home so far.”

“When you’re writing it you’re really telling people everything and then you forget that the magazine actually goes around the country. I could be down in Mallow and see it in the Supervalu and I’m like ‘Oh feck! It’s here too’.”

Denise is responsible for managing socials, looking after the website, and more importantly, ensuring traffic remains high on the website, whilst also recording ‘The Skim’ podcast and attending glamorous events across Dublin.

Advice for her younger self

What advice would she give her younger self, an aspiring young journalist? She has plenty.

“Never ever feel like you’re not worthy of a job or like you need to have a specific connection. What I heard a lot when I was younger was that in order to be successful in the media industry you needed to have loads of connections and that used to torment me because I knew no one who was a journalist and I knew no one who was in media and I couldn’t have had less connections if I tried. I think it really hurt me in the back end.. but it also gave me the perseverance to show them and prove them wrong.”

As for what’s next for Denise? Keep your eyes peeled on the television as she says she would love to establish herself in the presenting world.

Keep up to date with Denise by listening to ‘The Skim’ podcast on Spotify, with new episodes released every Wednesday.