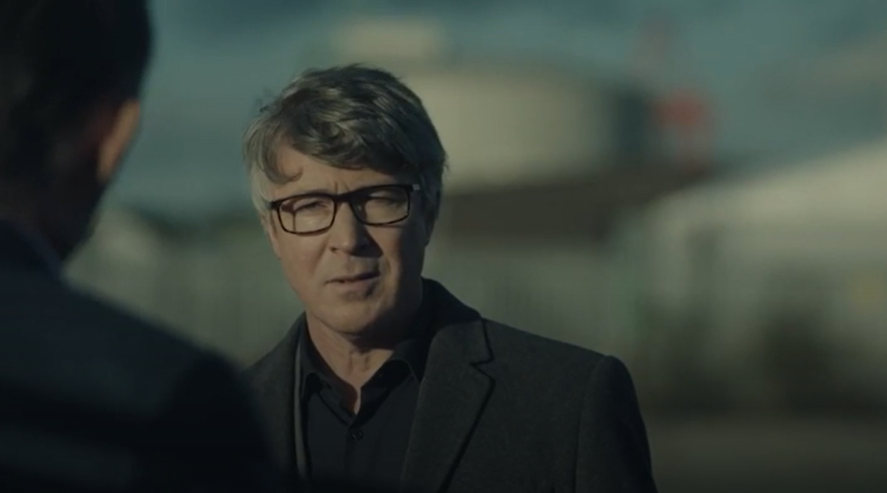 By now, you have probably heard some commotion about the new RTE drama Kin, which some like to simply refer to as a ‘knock off Love/Hate’.

This weekly review of Kin aims to not only update our Limerick readers on what has happened in Sunday nights weekly show, but also to answer the pressing question: is this new RTE crime drama a modern day Love/Hate, or simply a terrible follow-up act?

Readers should be advised that this review will contain spoilers.

So far, a “terrible follow- up act” seems to be a somewhat cynical comment, because while it is undeniably similar in setting; Dublin based, drug kingpins and violent gangland fueds; it’s plot and aspirations as a programme feel different.

Starring Peaky Blinders star Emmett J Scanlan and indeed, Love/Hate actor Aidan Gillen, Kin seems to be one of those dramas that takes a firm hold of the viewer from the beginning.

Based on the first three episodes having aired at 21:30 on the eve of September 9, up until last Sunday nights show (September 26), I reckon the ‘knock off’ remark is presumptuous in it’s entirety: don’t we give anything a chance to bloom on Irish television these days?

From the beginning, it was evident that Kin wasn’t to everyones taste – including that of the former Lord Mayor of Dublin, Christy Burke, who pleaded for the show to be cancelled just after the first episode was released, claiming it was “immoral”

In the opening episode, nothing is left to the imagination. Being introduced to all the characters who gather to welcome Micheal (Mikey) home from being released from Mountjoy prison, a scene opens with Jimmy’s wife Amanda (Clare Dunne) explicitly taking lines of what we can only presume is the hard drug cocaine.

We are also met by Frank’s wife (or sibling?) (Marie Doyle Kennedy) and Jimmy & Amanda’s two sons Jamie (Cian Fitzsimmons) and Anthony (Mark McKenna Jr), who are the whole casted immediate family which the plot is based around.

It doesn’t take long for tensions to rise to a simmering point as cool headed Frank and his nephew Eric (nicknamed Viking) have a row over his lack of composure and respect.

Frank, considering Eric a liability from the beginning, soon proves him right by conducting a drive-by shooting after a public row with known rival Caolon Moore, a supplier of the same drugs to which he dislikes.

Having ambushed Caolon Moore and his cronies, war soon breaks out and Jimmy’s son Jamie (who aspired to break out of his father’s criminal ways) is shot dead by mistake, with the target having been on his uncle Eric instead – who is also injured in the unexpected gunning down.

With episode one having ended in chaos, only the same was to be anticipated going forward, and the viewer was not disappointed in this sense.

Kingpin Eamon Cunningham (Ciaran Hinds) who supplied both drug operators the Kinsellas and Moore himself, is clearly a force not to be reckoned with from his menacing presence and threatening dialogue.

By the end of last Sunday night’s episode (September 26) Jimmy and Mikey get revenge on Moore by pairing up and going against Frank’s wishes to “drop it”, which Jimmy finds incredulous considering his son Jamie was brutally murdred by mistake.

Moore is shot in plain sight by Mikey who is immidiately arrested but has nothing to live outside prison for, because he is denied access to see his daughter Anna (Hannah Adeogun).

A big revelation turns things on their head for viewers as something between Mikey and Amanda are revealed, brother/sister in law, while we are left with Frank reaching losing point with Jimmy having gone against his wishes.

The aspirations of Kin

Aforementioned, the aspirations of Kin as a crime drama feel different to that of the much loved Love/Hate that aired back on our screens in 2010.

This twisted tale of gangland crime strives to highlight the unbreakable bond of family and blood ties within, and reinforces the idea as the old saying goes: while you can choose your friends, you can’t choose your family.

Although critics consider Kin to be unrealistic and “glamourising criminals”, I for one haven’t given up hope just yet; but the question still lingers.

Were creators Ciaran Donnelly and Peter McKenna too ambitious for our current Irish audiences?

We will soon find out.