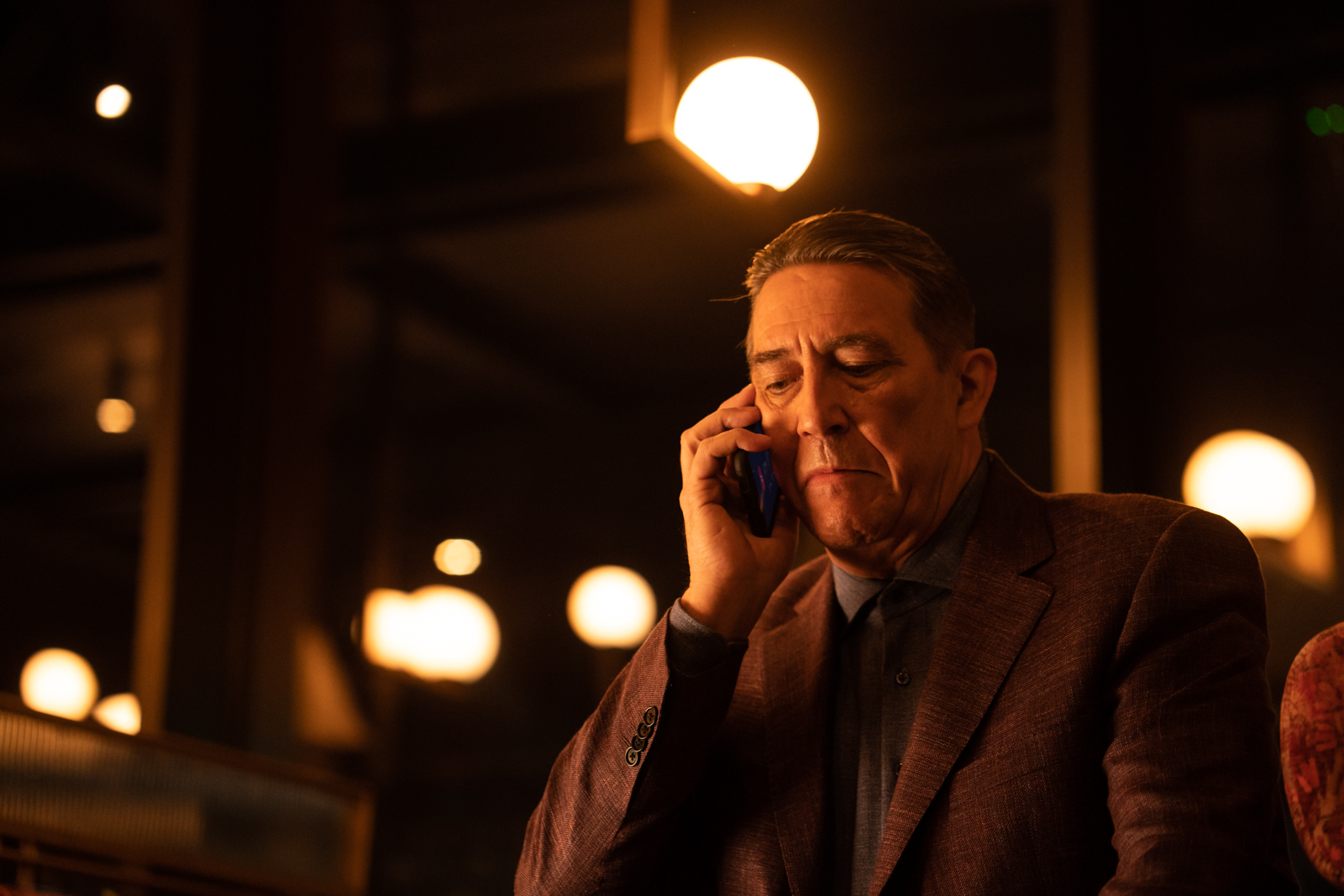 As we pass the halfway mark in this new Irish crime series, this question still needs answering.

Can we conclude just yet if Kin is a ‘terrible follow up act’ to Love/Hate? Not quite.

There are, however, some discrepancies beginning to reveal themselves in my opinion – unless redemption is still yet to come and these questionable additives get cleared up by the finale.

One obvious question is why they feel the need to reveal Frank’s (Aidan Gillen) homosexuality in such a peculiar manner.

He is outside his house one morning for absolutely no reason, scrolling through Grindr, an online dating app designed specifically for homosexual people.

Why there? It’s not only doubtful but obscure.

Hopefully the story of his sexuality is going somewhere, otherwise it seems a bit irrelevant to the plot considering it’s more about the family and their dodgy dealings than much else.

The next question I have is how the guards are seemingly so complacent in all of this.

A squad car is constantly parked at the end of the road but nobody around is being asked anything, and all the while the Kinsella’s are racking out heap’s of cocaine to share between themselves. Seems a bit unrealistic if you ask me.

Despite these odd additions to the show, it seems just believable enough to get by.

Granted, it would keep you wanting more than an hour each week – but that seems to be the beauty of it. I don’t think it would have the same shine if the whole box set was available at once.

Episode 5 doesn’t necessarily disappoint, it is true that thing’s are heating up – but what can the Kinsella’s expect when playing with fire?

Cunningham (Ciaran Hinds) reacts to losing €50mil worth of stolen goods by setting a bounty on each and every one of the Kinsella family’s heads, Jimmy (Emmett J Scanlan) doesn’t know his wife as well as he might like and Anna (Hannah Adeogun) finally reaches out to her dad Mikey (Charlie Cox). What happens next is almost obvious.

A revelation sends Amanda’s (Claire Dunne) in a downward spiral by the end of the episode, and an ominous questionmark lies over Eric’s (Sam Keeley) head.

Are the seams of the Kinsella’s tight knit bond inevitably beginning to rip?

It adds to the excitement that we are forced to wait to find out.

Learn more about the show on RTE’s website here at: https://www.rte.ie/entertainment/2021/0911/1245335-everything-you-need-to-know-about-rte-crime-drama-kin/

Catch Kin every Sunday at 21:30 or check out the RTE player for the first five episodes now.