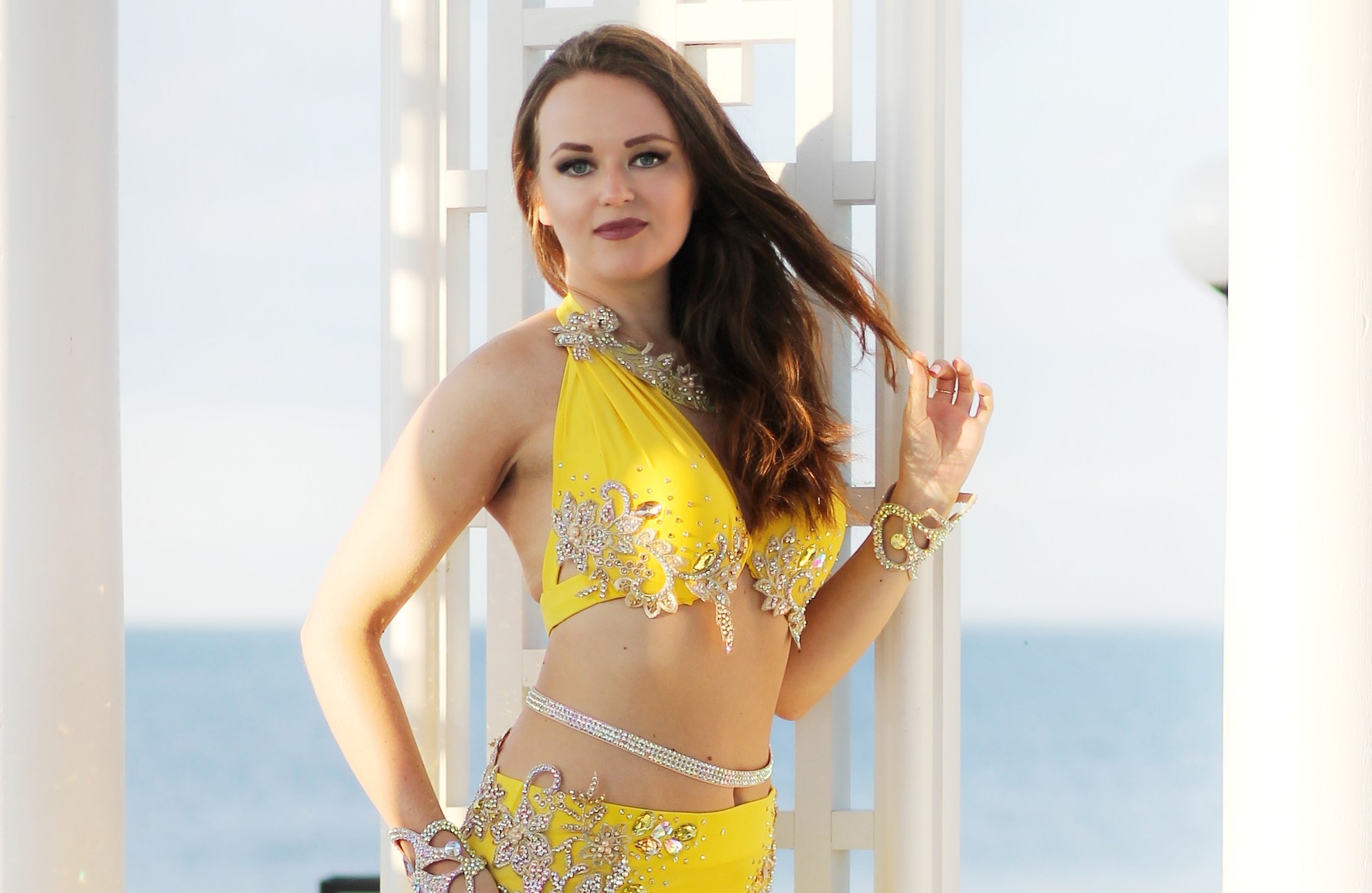 Katya Kiipli is a Limerick based professional belly dancer, with a following of almost 50,000 on Instagram.

Katya has been lighting up Limerick with the colourful art form and has even opened her own classes within the city.

“I fell in love with this beautiful dance form when I was about 15 and I had saw Shakira on the TV for the first time. I tried copying her moves at home in front of the mirror,” says Katya. “Then I watched this Brazilian TV series called ‘O Clone,’ and completely became obsessed with the Middle Eastern Culture and dance.”

Katya grew up in the small town of Sillamäe in Estonia, and was largely self-taught in the dance before she explored classes.

“There were no belly dancing classes in my home town, so I was mainly learning from YouTube videos. I was such a big fan of a Turkish dancer called Didem Kinali. I went to my first ever belly dance class when I was 17, thinking I already knew how to dance – oh how wrong I was!”

In 2008, at the age of 19, Katya made the move to Ireland after her mother had moved over a few years before. However, oriental dance was hard to come by in Limerick as the Irish belly dancing community was very small at the time.

“It wasn’t popular here. I stopped dancing and didn’t even think I’d be ever doing it again. Then I came across a UL brochure and saw that there was a BA of Voice and Dance course available. I decided that I wanted to do it, and after that I’d have enough knowledge to open my own belly dance class. So in 2010 I started my studies in UL.”

Since completing her degree in UL Katya has gone on to compete in belly dancing competitions across the globe, including places like France, Austria, Germany, The Netherlands, Serbia, Spain and many more.

“ I can’t remember how many cups and medals I have in total! But I keep them as a reminder that everything is possible, so if I lose motivation I look at how much I have achieved already.”

In 2018 Katya created her own belly dancing festival in Ireland called ‘Raqs festival,’ that allows other Irish belly dancers to compete and display their talents.

“Competitions are the best and the fastest way to improve yourself as a dancer. When you know a competition is coming up you practice more. I also love competitions because of the possibility of meeting new people who share the same passion for dance as you.”

Despite the belly dancing community in Ireland being small, there is still a few teachers in Dublin, Cork and of course Katya in Limerick.

“It’s a rather small community so we all know each other, my class is usually a group of 4-5 people.”

Belly dancing classes provide gentle exercise for the body that uses glutes, a lot of core muscles and strengthens the back and joints.

“It’s great for anyone who is trying to come out of injuries, anyone who has never done any exercise and wants to start off gentle, and even anyone who’s just gave birth!”

Katya has a great love for teaching and especially creating choreography which she demonstrates on her popular social media platforms, she describes choreographing as emotive and aesthetically beautiful.

“Since my studies in UL, I always enjoyed the creative process of making choreographies. I think it’s a great way to expand your movement vocabulary and find your own style of dance.  I certainly feel more motivated to create new dances, when I see such a positive feedback from the people who follow me.”

Katya also creates her own lavish dance costumes, designer belly dancing costumes can be very expensive, averaging €100 per costume, so she wanted to explore her own talents.

“One day I literally woke up and decided that I need something special, but not from a designer… I wanted to try to make a costume with my own hands. I visualised a design, made a sketch and started making it. It took me about 2 months to finish it.”

Despite her many years of studying the visually stunning dance form, Katya still gets ‘pre-show’ jitters, fretting whether she will step on her skirt, lose balance or if the audience won’t like her performance. However these are common feelings of nerves and she says when the work has been put in there’s nothing to worry about.

“Just go for it! It’s such a beautiful, feminine, sensual form of art. It’s suitable for absolutely everyone, you don’t need a specific body type or have to be a certain age. It’s a great way to build up your confidence and self-love, as it’s so rewarding to see what our bodies are capable of!”