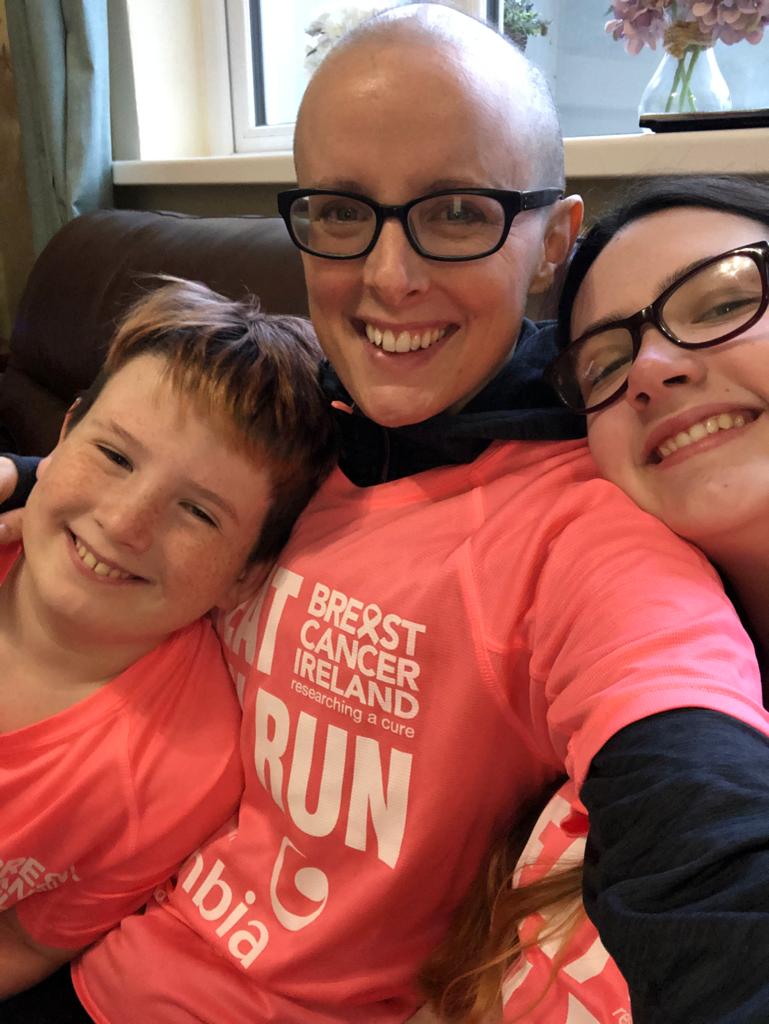 In April 2020, the world was coming to grips with the COVID-19 pandemic as Ireland and the world shut down with politicians and scientists scrambling to find the means necessary to fight back against the virus.

However, as Karen Sugrue prepared to go to bed, she discovered a lump on her breast which would lead her to fight her own battle against breast cancer.

During a time of great uncertainty around the globe, Karen stumbled upon the discovery of the lump which she initially assumed and hoped was only a minor scare.

“My first reaction was that it was nothing. I didn’t know if I could contact my doctor. I said to myself I was just going to leave it. I casually mentioned it to a friend. She said you will go Monday morning and you will get this checked because this was a Friday evening, so I did go straight away. I know a lot of people are not going to their doctor. That’s another reason why I’m talking about it.”

Despite the pandemic hitting these shores and the uncertainty over how to tackle the virus, Karen admits that with people nervous about attending hospital appointments, she was able to be seen by doctors quickly.

I entered at 9am Monday morning and by nine o’clock on Tuesday morning I was in the breast clinic. At 11am that same morning I knew that I had cancer. Two weeks later I was getting my first chemotherapy.”

“I wanted to talk about this to ensure people are going. I thought the word cancer meant death What I’ve learned is there are as many cancers as there are colds and flus. I thought cancer was one thing.”

“An awful lot depends on where your cancer is, what type it is and how quickly you catch it. The sooner you go in, regardless of what you have, the better your outcome. That is the case across the board.”

The lecturer in Sociology at LIT believes her background in research helped her but not in the way she was expecting.

“Has my training helped? Yes. Not the research way. I am hugely aware of people out there who would not have my privilege and my outcome. People may not have been able to go to their doctor and get themselves to a breast clinic.”

“They may not have the means to go to all the appointments. An oncology team won’t take you unless you go to an emergency dental appointment. These are small details I never knew but are literally life or death. My shitty time as a privileged white person in Ireland was much less shitty than many people out there who did not have the resources and privilege I did.”

After receiving a cancer diagnosis, patients must wait two weeks to discover what form of cancer they are fighting and their hopes of overcoming their diagnosis.

“In that two weeks you don’t know what you are facing. You could be facing an easy thing, you could be facing a terminal diagnosis. That time was the most difficult. My reaction was to say nothing. If you say it it’s real. Words make things real, and I did not want that to be real.”

The Limerick native admits she struggled to speak about her cancer diagnosis and that she would sometimes pretend to feel good to protect her loved ones.

“Oh my god is it very hard to text your mum or text your siblings or tell your children. Telling close friends too was very difficult. If it’s possible for you to do that then what comes back is so reassuring. With training, if you can manage to be vulnerable with somebody then that really allays the fears.”

Throughout our interview Karen continues to emphasise the importance of checking yourself and not being afraid to seek medical advice.

“I like to talk about how hopeful it is and the excellent outcomes there are for people once you go and get tested. When people think something is wrong, they panic and don’t get tested. No matter what happens, you must get tested straight away.”

After her initial chemotherapy, Karen was due to undergo surgery and radiation. However, she feared her surgery would be delayed due to the second lockdown.

“In October it was touch and go with regards to surgery. I got in just before the autumn lockdown. I was petrified I wouldn’t get in on time. When I woke up from surgery, I was told I was cancer free. That was a great day.

“I had my final radiation on Christmas Eve. How about that for a Christmas present? I was told I would be tired but when better to sleep than during Christmas?”

The LIT lecturer believes the pandemic has forced everyone to realise what is most important and to lower their expectations of themselves.

“Real heroism lies in the simple things like just turning up every day for the people in your life. It is really hard to get out of bed some days. I think we need to cut ourselves some slack and reward ourselves for the small stuff we do.”