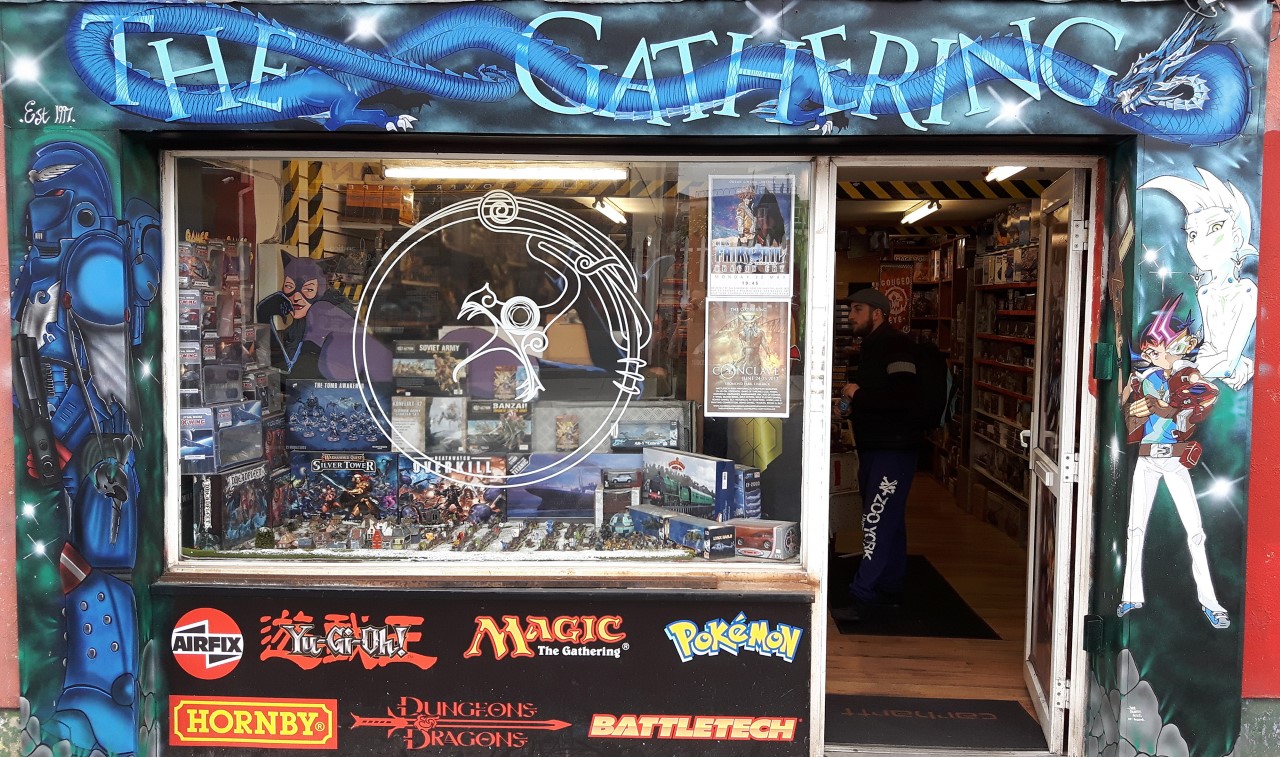 The Gathering games shop in Limerick City is the oldest of it’s kind in Ireland, offering a broad selection of card games, board games and tabletop games over the last 23 years.

Additionally, it is the home of its own games club, through which members of all ages could organise Dungeons and Dragons campaigns, Yu-Ghi Oh! competitions and anything else they fancied.

Due to lockdown restrictions, the shop has been shut fully, and owner Garry Jackson had his own reasons for staying closed rather than pursuing business online.

“There’s a few parts to it. I have a family; I operate in and around my own. I’m sure there’s a lot of small businesses in the same boat,” Garry explained.

“If the club was able to operate, I would have sorted out something, but for the sake of sales? Well, I’ve always considered that secondary, as hard as that might be to believe.”

Garry called Covid a ‘blessing in disguise’ in some ways, opining that Brexit would have hit his shop far harder if coronavirus hadn’t arrived when it did – most of his stock comes from overseas.

As such, Garry has had to venture into the European market to get new stock, something he considers an opportunity rather than a chore.

The shop has survived three recessions, and Garry prided himself in predicting the second and third lockdowns before he could run out of resources.

“I stocked up well around Christmas,” he continued. “I’ve been dealing with companies in Britain for twenty odd years. The Europeans are cheaper, but there’ll be a trade-off, losing those relationships based on longevity and good will.”

Despite recent obstacles, Garry looks forward to benefitting from his long-term experience to get the shop and the club moving again; he said the business began in a time when “being called a nerd was still an insult.”

Gaming has become exponentially more universal since, but Garry recalled there always been an encouraging and unique community in the club from the very beginning – many of those who run events at the Gathering’s convention, Conclave, are long-term members.

Garry considers himself ‘lucky’ to have found the niche, having opened in a time when social settings based in gaming were not common; through years of inclusiveness, it became a haven for those who may not have played tabletop, war or card games before.

“At the time, these were generally girls, as well as children with autism and Asperger’s,” he added.

When video game shops became popular, it was thought shops such as The Gathering would die off.

Garry added: “We got through that, while most video game shops have closed down. Most gamers have moved onto a different platform, though the same people will come in to us and play D&D. Trends often take a bite out of us, but there’s something far more solid about our community.”

He continued that the modern era has provided the members of the club with far more options other than playing at the shop itself, even if that was their preferred method prior to lockdown.

When the shop and club reopen, Garry is confident that enough of the club members have stayed in touch that he won’t be missing anyone.

Additionally, he reckons that this hiatus from reality will make club members, and the general public, realise the importance of social events and regularly keeping up to date with their friends.

“I’ve always said that the game is the medium,” he stated. “It’s not about the game, it’s about the gang you get on with.”

Garry hopes that with the tight-knit community connected to the shop, everything from their small groups to the Conclave convention hosted in Thomond Park will be ready to produce more of what their members have come to expect from the establishment.