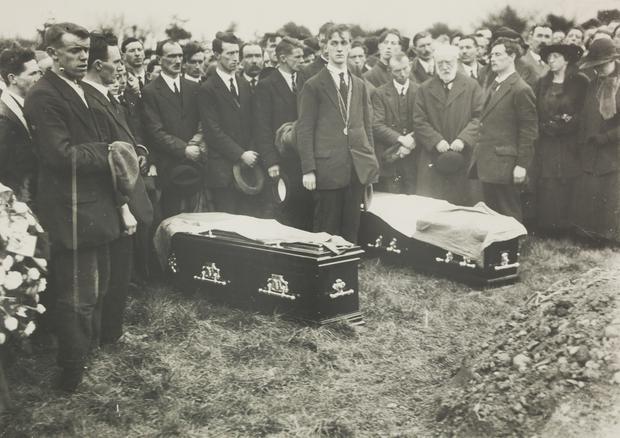 The night of March 6/7, 1921 is regarded as one of the darkest nights in Limerick history.

Between 11.30pm and 1.30am, three men – the Mayor of Limerick George Clancy, his predecessor Michael O’Callaghan and an IRA volunteer, Joseph O’Donoghue – were murdered in their homes by RIC Auxiliaries.

Dubbed the ‘Curfew Murders’, the killings sent shockwaves across the city and county and marked one of the bloodiest days for the city during the War of Independence.

Historian and author, Tom Toomey, who has written extensively on the War of Independence, described the terrible atrocities that took place

“At around 11pm on March 6th, a party of armed men called to the Liddy residence at Janesboro Avenue. They searched his room and when they were finished, they said they were taking him away. They warned the Liddey family not to leave the house until after 6 am as curfew was still in effect. When the Liddey’s went out the following morning, they found Mr. O’Donoghue’s body.”

“George Clancy, was shot at his home in front of his wife in Castleview Gardens, close to the the famous Treaty stone. At about the same time a knock came to the door of O’Callaghan’s and he saw two men outside demanding admission – one of whom was George Nathan.”

At the time, acting Inspector George Montague Nathan had been harassing local representatives and routinely carrying out raids for “seditious material” in their homes, Toomey added.

Toomey also alleges there was collusion by the British military and police at the time, saying the RIC responded 25 minutes after Mrs O’Callaghan’s calls for help. Mr Toomey asked: “Why did it take so long to put out the patrol?”

In addition, he said a sentry on duty that night at the nearby Clancy Barracks allowed gunmen to pass by and return minutes later without question, which he said was incredible given the city was under curfew at the time.

“The matter was reported to the officer in charge, Lieutenant Smythe, who instead of going towards Clancy’s went in the opposite direction to O’Callaghan’s house. Why was that?”

Three Limerick streets have since been named in memory of the murdered men: Clancy Strand, O’Callaghan Strand and O’Donoghue Avenue in Janesboro.