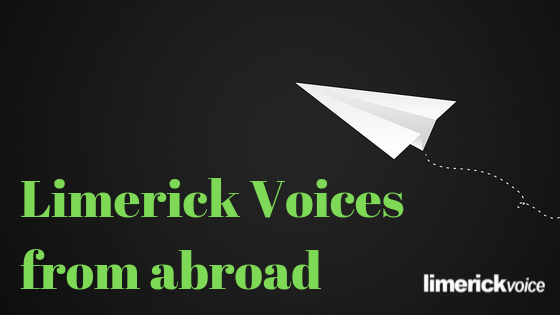 From? St. Mary’s Parish and Corbally.

I first went to Sweden in April 1995 on tour with a band led by Peter Donnelly of the O’Malleys.  At the time, there was a wave of Irish bands going to Germany and Scandinavia.  Initially it was supposed to be a seven week tour but we stayed on for another seven weeks.  After that, I toured with Dale Fortier.  I got more and more work and ended up staying here.  I met my Swedish wife in the late 1990’s and settled in Nykӧping.

I’m a professional touring musician.  I do guitar work on various albums for example, Claire Cunningham and Brian Byrnes.  I also do voiceovers for DSTV and Canal Plus.  It takes time to become established – you have to diversify and be flexible.

I live in Nykӧping, a town of approximately 28,000 people 100 kilometres south of Stockholm on the Baltic sea.  Swedish culture is completely different to Irish culture.  There is not as much emphasis on material things.  The desire to have bigger, faster, better is not there.  It’s more laid back in that sense.  The people are very friendly and they have a great rapport with the Irish.

Be prepared to compromise and have an open heart and mind.  Accept all cultures.  Embracing the culture that you have moved to is a way to combat home sickness.

My daughter Maeve who is a DJ in Limerick. The sense of humour. The people.