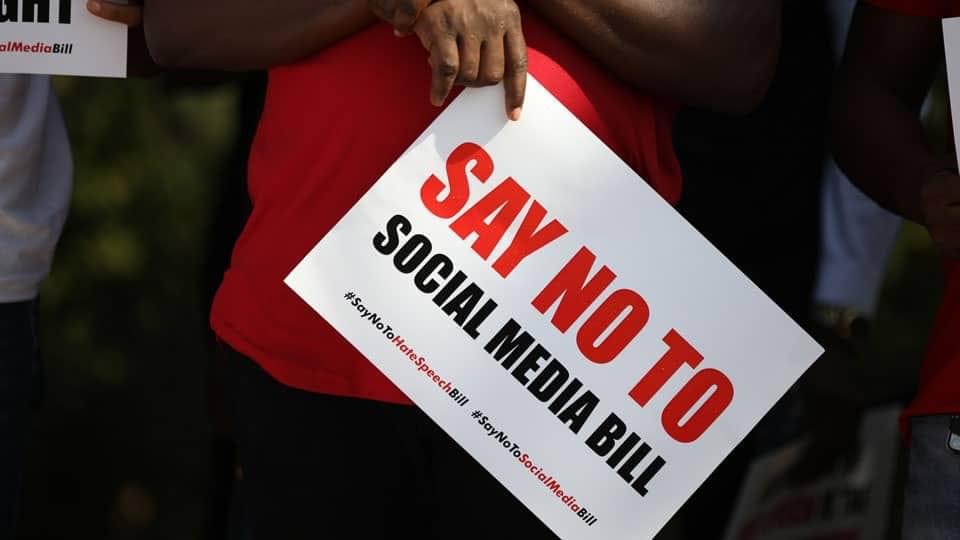 Following the end of the Sars protest, globally recognised due to the popularity it gained over social media platforms, Nigerian state governors and public officials have called for the regulation of social media and Nigeria’s internet space in the form of a new bill.

Speaking on the bill, information Minister Lai Mohammed assured citizens that “Social media has come to stay and it will be an antithesis to democracy to shut it down because it is the fastest way of disseminating information, however, we must regulate social media in a manner that it does not become a purveyor of fake news and hate speech.”

The Social Media Bill, officially titled “Protection from Internet Falsehoods and Manipulations and Other Related Matters Bill 2019″ states that a person must not:

Transmit a statement that is false or,

• Affect the security of any part of Nigeria.

• Affect Nigeria’s relationship with other countries.

• Influence the outcome of an election to any office in a general election.

• Cause enmity or hatred towards a person or group of persons.

The bill passed the second reading on the floor of the Nigerian Senate and its details were made public.

The bill has been met with widespread criticism all over as Nigerians in the diaspora are faulting several of its clauses as being vague.

Tobi Omoteso, a Limerick-based choreographer and social media influencer, born in Nigeria stated; “The bill is only beneficial to the government and elite and would prevent the people from holding their leaders accountable to their duties of protection and service to them”

Maxie Awosika, an international student in Limerick added; “The bill gives the government the right to shut down the internet at will, one would have no chance to defend themself in the court of law without appealing before the law enforcement agency in the event there being a case of a breach on the bill’’

Maxie said the excesses which the bill is trying to curb, already have existing laws and measures in place to control such acts.

Wuraola Fakorede, a blogger and human rights activist said “The truth is, this current government understands the power and influence of social media. President Buhari rode on the wave of social media to become president in 2015. The government doesn’t want to be put under the scrutiny of public opinion.”

Wura added Nigerians all over the world should join their voices together to resist the bill because if it is successfully enacted as a law it will be a “Helpless Situation”.