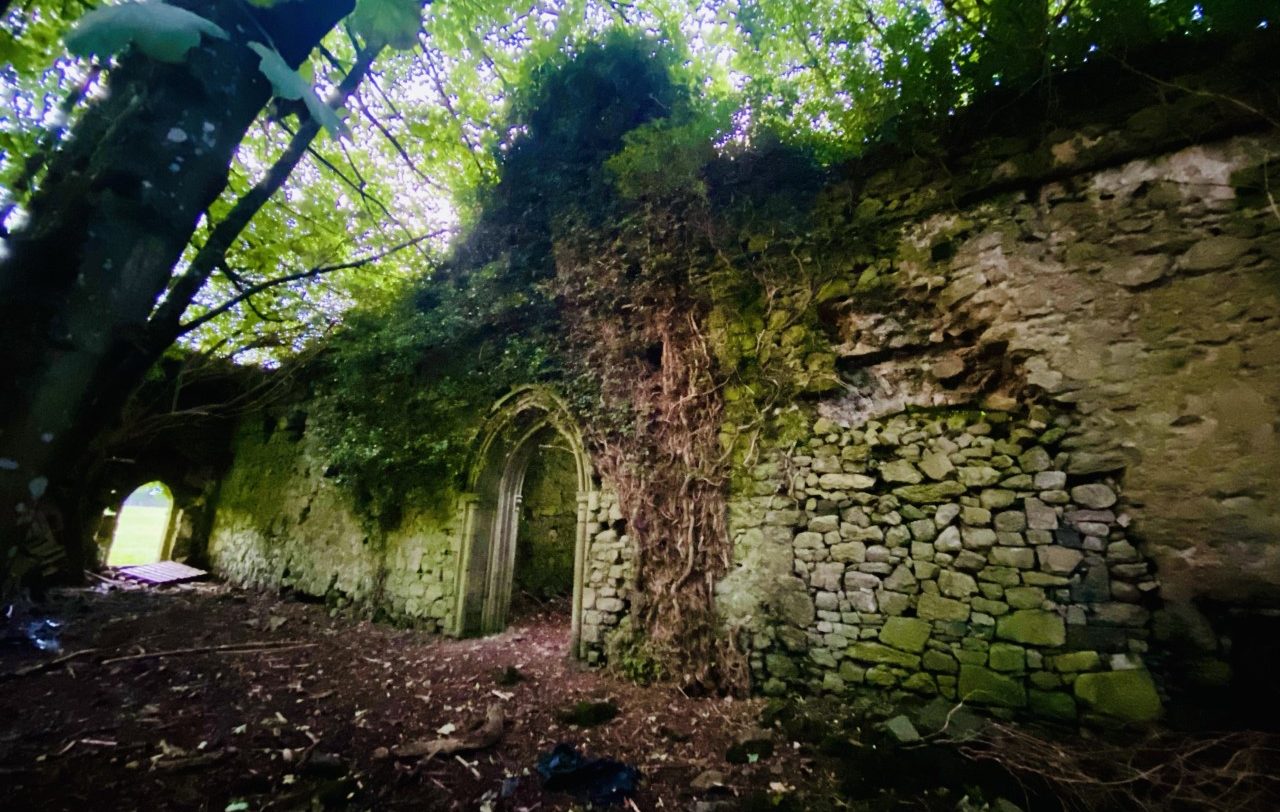 A member of Irish Paranormal Investigations, Ann’s experience with the paranormal started when she was just a child

While October is usually the most paranormal time of the year for most of us, for paranormal investigator Ann Massey it is simply another month. A member of Irish Paranormal Investigations (IPI), Ann’s experience with the paranormal started when she was just a child.

She recalls her earliest memory of the paranormal; “I distinctly remember being out playing on the street as an eight-year-old. I turned and saw my nana standing in a smart suit and hat, just smiling. I ran in to say she was outside and my parents laughed it off. We were then notified that she had died.

“I was raised with death being matter of fact and not the end, and I wasn’t told ghost stories so much as given detailed accounts of paranormal experiences from older family members for as long as I can remember!”

A respected author, paranormal investigator and history and hauntings specialist, Ann is the Deputy Editor of Spooky Isles, the UK and Ireland’s biggest independent paranormal, horror and dark history website. When asked about her scariest experience with the paranormal, Ann says that she isn’t easily spooked.

“I have to say I don’t really get scared, it’s more some experiences are more intense than others. The stand out experience would be in the Bloody Chapel at Leap Castle. We had the men on one side and three women on the other, including me. The men would be very hard core sceptic and us women ranged from sensitive to medium. The males were trying to get a reaction when the room grew heavy and dark.

“What I can only describe as a mass of dark energy rushed at us three females, going through us and pushing us back against the wall. We were left drained and feeling morose as well as shocked. I recovered first after an hour or so but our Medium was left dazed from the experience for days.”

The IPI have conducted investigations in both the UK and the United States as well as at home here in Ireland, with Ann’s favourite investigation taking place across the pond in New York.

“Without a doubt, my favourite investigation was the Morris-Jumel Mansion in Manhattan. The history alone is sensational, the building has been George Washington’s headquarters and the home of Vice President Aaron Burr (who murdered fellow politician Alexander Hamilton in a duel) and his infamous wife Eliza Jumel. Myself and Dominic McElroy investigated with Chris Davaros from Gotham Paranormal and our investigation was off the charts. Shadow figures, strange readings, intelligent interactions, footsteps and extraordinary personal experiences.”

Aside from investigating all things paranormal, Ann has also lectured on the Irish witch trials.

“For me, it has always been important for the folklore and accusations to be separated from these women who had achieved a level of power and utilised it, be it for good or evil. My research and studies have shown that there was a direct correlation between the hold these women had over a community and the Church, and men of power who were afraid of that power slipping away.

“I wanted people to understand that these accusations were less supernatural and more political. That’s not to say they didn’t have any strange abilities, but there business acumen and charisma are the reasons they were accused of witchcraft.”

Ann believes that being sceptical is an important trait to have, across all fields.

“Being a sceptic is important. We debunk first and foremost and 99.9% of the time there is an ordinary explanation for extraordinary claims. Being closed minded and blinkered is very different and the arrogance that comes with it is damaging and stunts progress in any field.

“Over centuries, there has been stubborn insistence on everything from the earth being flat and Galileo ostracised, to the belief there could be nothing smaller than the Atom. Albert Einstein was a firm believer in the paranormal himself. Absence of evidence just means we need to look harder. To disprove something you have to have evidence as equally as you need it to prove a theory.”

Closer to home, Ann also has a fierce interest in Limerick’s paranormal history.

“We have so much activity going on in Limerick. From The Hellfire Club and Friary in Askeaton to happenings in Curraghchase Forest Park and so much in between. I believe there is a definite triangle of incredible history entwined with activity between Newcastle West, Askeaton and Adare. Lough Gur and it’s surrounds are soaked in supernatural energy and enigma. The Abbey of the Black Hag, Grange Stone Circle and Wedge Tomb are hotspots for sure. Anyone exploring Knockfierna and not sensing or experiencing anything must have their eyes and ears shut!”

Just because October is nearing it’s end does not mean Ann is any less busy.

“I have been working with a couple of production companies in a consultant capacity of late, which has kept me busy. We are going to be visiting more local paranormal locations again soon, such as Redwood Castle – which is a first for us!

“After that, we hoping to get back in to one of our most perplexing locations to date, revisit some old favourites with newer team members, and we are back in New York at the start of 2023!”

Find out more about investigating the paranormal yourself in this article written by Ann Massey.