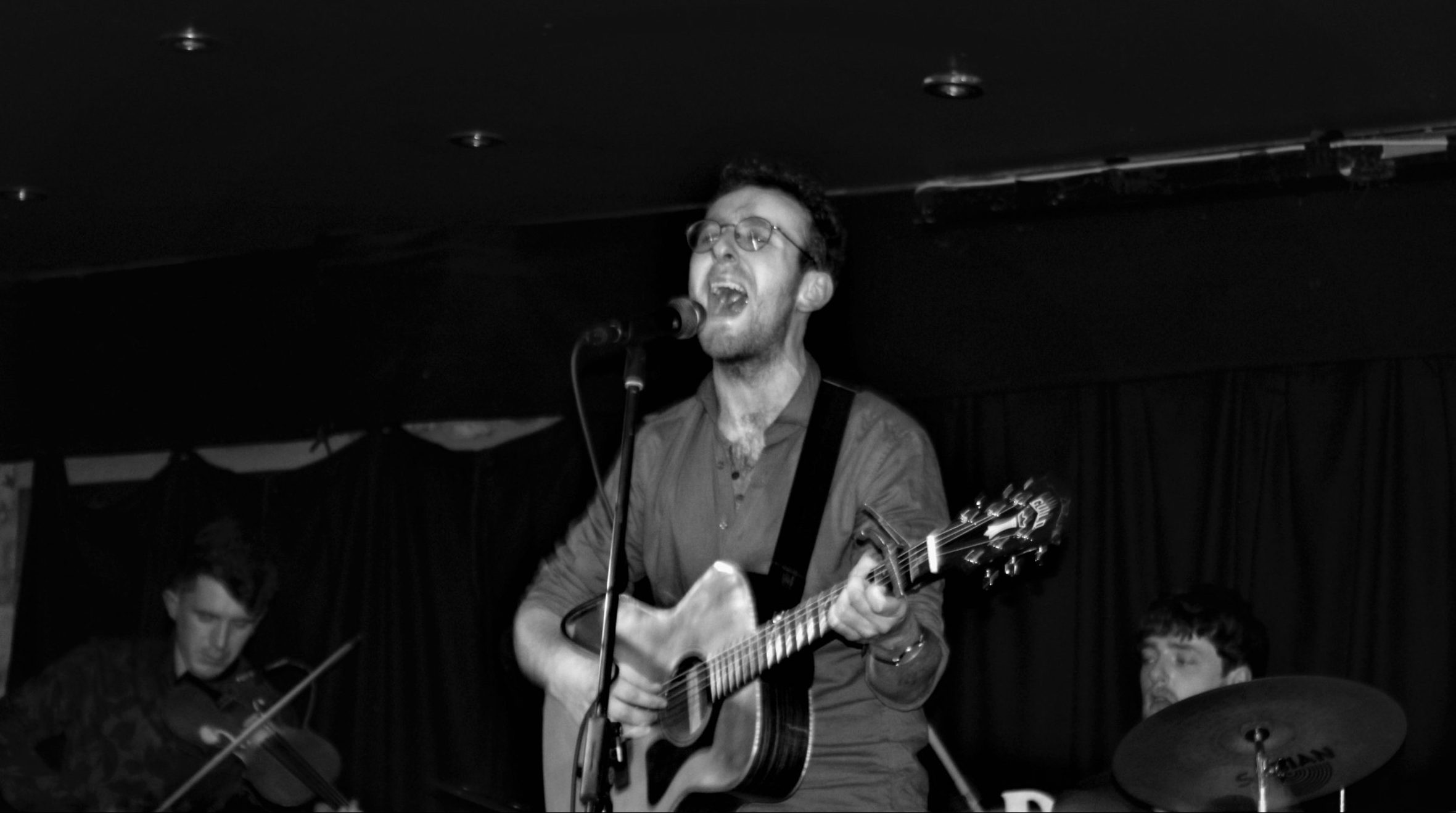 The performance came in advance of the Limerick folk singer’s new album ‘Love and Be Brave’, due in Spring 2023

On Saturday, December 17, Limerick musician Paddy Dennehy, who recently returned from a tour with John Spillane, took to the stage of Dolan’s upstairs venue for an intimate evening of song.

The venue quickly filled up as support act Emily Donoghue gave the crowd a lovely welcome. Her set went down a treat, particularly the song ‘Girl’, during which the crowd was encouraged to get involved in delivering the melody allowing Emily to add some beautiful harmonies.

The singer-songwriter’s voice is deep, rich and smooth, and the crowd were amazed by Emily’s phenomenal scatting abilities that complemented a jazzy number near the end of her set. Later in the evening, Emily returned to the stage to play bass for headliner Paddy Dennehy.

Taking to the stage, Paddy greeted his guests before opening with the song ‘Bathroom Light’. Many local fans had not seen Paddy perform since his 2019 Record Room gig with Marty Ryan and the CLEF Choir.

Sporting an olive green button-down and his signature specs, Paddy wore his thick hair in its usual haphazard style. Once behind the keyboard, he became lost in his own world.

“Once I start, I completely forget everything else and just go with it,” he noted later in the evening. “Nothing else really exits when I’m playing.”

Between tracks, Paddy could be seen emerging from his musical trance to engage the crowd with his big grin, in stark contrast to his melancholic music.

Paddy and his band have great chemistry on stage and passed knowing looks and great banter between each other throughout. His backing comprises a violinist, drummer, electric guitarist and bass player Emily. Occasionally, Paddy rose from his keyboard to play acoustic guitar for upbeat, rhythmic numbers.

On-stage banter and anecdotes, such as one about going to Xtra-vision as a child, had the crowd laughing and engaged throughout.

One particular song from Paddy’s upcoming album ‘Love and Be Brave’, titled ‘Are You Still My Girl?’, left attendees awestruck and wanting more. The folk singer said he had some sort of an epiphany about life and death whilst compiling the album, something he hadn’t given much thought to before.

Paddy showed off amazing vocal rasps while performing the album’s title track. He would go from rockstar to classic musician in the blink of an eye, putting every ounce of emotion he had into a wide range of styles – even wiping his brow at times for how hard he was working.

Joking with the crowd continually about his melancholy tunes, at one point he assured them, “It doesn’t get happier, but it gets louder!”

After wrapping up his set, a classic chant of “one more tune” rose up amongst the crowd, and Paddy and the band quickly returned to play two more songs including fan favourite ‘Snow Song’. After the band’s final number, the room shook with applause and the crowd rose to their feet for a standing ovation.

Wishing his audience a Merry Christmas, Paddy exited the stage and could be seen mingling, with many fans commending him on how involved and passionate he is during a performance.

In the days following the gig, Paddy told Limerick Voice that he has been ‘flying high’ ever since, and is now looking forward to the release of his new album in spring 2023, and whatever else comes after that!

Listen to Paddy Dennehy on Spotify.