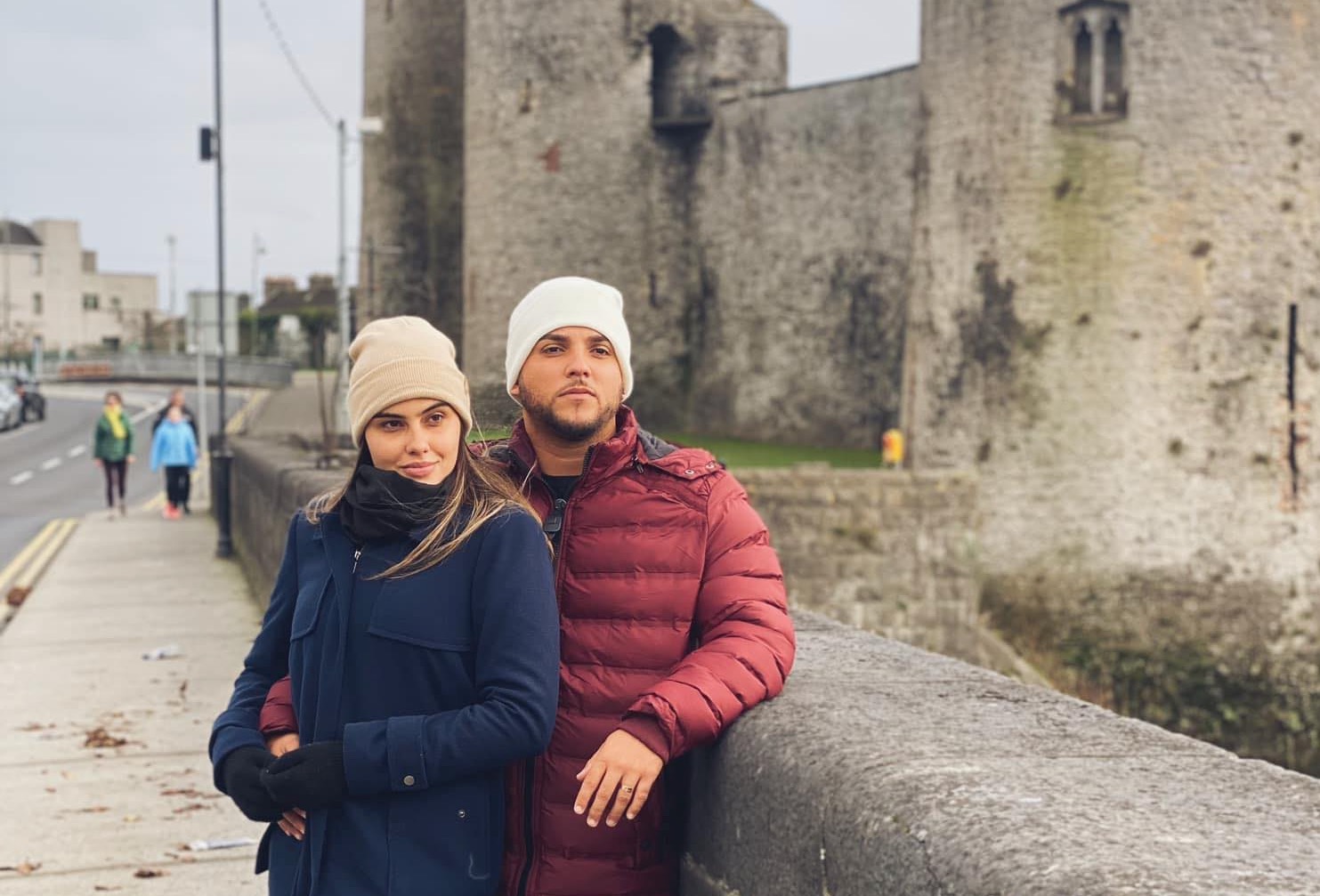 Every year, we hear stories of more and more young Irish people emigrating to every corner of the globe in search of work, adventure, and a few great Instagram photo-ops.

However, we sometimes fail to think about the thousands that come to Ireland in search of the very same thing.

People come to Limerick from all over the world to learn English and (hopefully) achieve a better standard of living, with many coming from South America, and particularly Brazil.

The Embassy of Brazil estimates that the number of Brazilian nationals living in Ireland has risen from 13,000 in 2016 to over 70,000 today.

Now, post-pandemic, these numbers are not slowing down.

Meet Victor Farraia, a 28-year-old Rio de Janeiro native living and working with his wife in Limerick City. Prior to coming to Ireland permanently, Victor had never ventured outside of Brazil.

So, why did he come to Limerick?

In his own words, “I had a dream to travel abroad, and for us Ireland was the cheapest country, and it’s easier to get a visa here – for us Brazilians, it’s very hard to study in the UK or mainland Europe”.

Victor also chose Limerick for financial reasons – there are strict restrictions on hours foreign nationals can work when they initially come to Ireland, making it virtually impossible to afford rent in the likes of Dublin.

According to Victor, it’s “impossible to survive here (working) only 20 hours per week”.

This is if you can even find a job – students like Victor, who have a low level of English before arriving, find it difficult to secure work.

“It was maybe two months after I arrived that I found a job,” he says.

In order to make ends meet, many Brazilian natives are left with no option but to work precarious, low-paid jobs such as courier driving/cycling for fast food delivery companies, which can be incredibly stressful and unpredictable.

There were other challenges for Victor coming to Limerick, in particular, being so far from his family back in Rio.

“Sometimes we cry, we feel sad,” Victor admits while speaking about his family in Brazil.

Another particularly tough struggle was having to get to grips with the distinctive nasal tones of Limerick – he jokes about Limerick natives having “such a hard accent” to understand.

Victor’s overall sentiment, however, is positive. He makes frequent reference to the beauty of Limerick. Coming from someone native to a city boasting Christ the Redeemer and Copacabana Beach, we’ll certainly take it!

He also loves the people here; “Limerick natives are so funny and so happy – the same as in Brazil, they love to party, go to the pub, and drink.”

Victor studies English in Limerick City and hopes to extend his stay further, pending the acceptance of a visa extention.

The ultimate goal for many when moving to Ireland is Irish citizenship via naturalisation, a lengthy process which requires living and working in Ireland for a number of years, or marrying an Irish citizen.

As we enter a post-pandemic world, we can look forward to a Limerick made more vibrant, culturally-diverse and an overall better place to live as we welcome people just like Victor to our city every day.