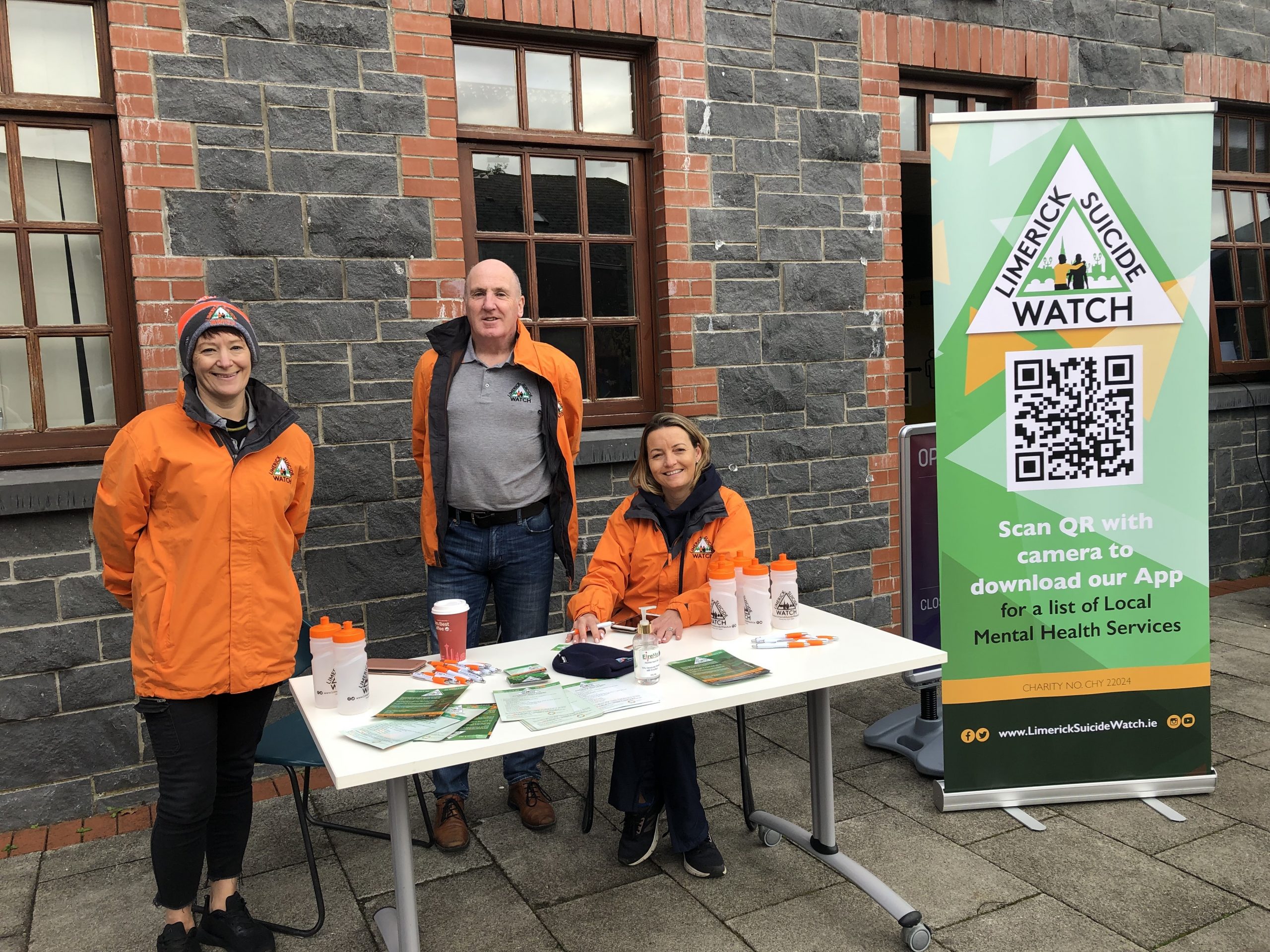 Student Life at the University of Limerick kicked off Week 10 as ‘Mental Health and Wellbeing Week’, allowing students the opportunity to speak to important mental health organisations in the courtyard.

Among them was ‘Limerick Suicide Watch’ (LSW). LSW is a suicide awareness programme that wants to encourage conversation around mental health and suicide and promote positive mental health.

The fantastic volunteer group at LSW patrols in Limerick every Monday, Tuesday, and Thursday at 9 pm, and Saturdays at midnight, to prevent suicides.

Public Relations Officer Elaine Leahy at LSW spoke to Limerick Voice reporter Jody Coffey about their patrolling, their mission, and how the public can help and support their cause.

Patrolling the city at night

“It’s a minimum of a four-hour patrol. If 1 am comes, and there’s anything going on around the river, or that we’re just not comfortable leaving – we might have spotted somebody, or been shadowing somebody – then we’ll stay on it until we’re all comfortable [leaving]. On Saturday, we’re there anywhere from 4 am onwards.”

As students face their end of term exams and assessments, and with the holiday season rapidly approaching, people can begin to feel overwhelmed or under pressure.

Elaine lists ways in which LSW can lend a helping hand and provide support and information.

“When we are in town [patrolling], we’re very approachable and very visible with our colours. [You can contact through] the website and the app that we have, [and] through social media, our PR will reply to concerns or any queries online as well. “

Following the HSE guidelines, and for insurance reasons, anybody getting involved by volunteering must be at least 25 years old and be Garda vetted, and once this has been verified and approved training will be provided to become a patrol member with LSW.

Elaine has an important message for anyone struggling, and offers advice:

LSW will be fundraising at the Milk Market in Limerick on December 18 for the Christmas market, complete with a Santa’s grotto for those wanting to take pictures.

The Milk Market will also be hosting a market morning on December 22 in aid of Limerick Suicide Watch.

If you have been affected by the topics raised or want to volunteer as part of the patrol team, you can reach out to Limerick Suicide Watch via their website.

Following their social media accounts – Instagram, Facebook, and Twitter – can be instrumental in spreading awareness for the cause and starting the conversation around mental health and suicide.

Donations could help save a life, and go towards items such as uniforms, flotation devices, and jackets, helping Limerick Suicide Watch set up a permanent base to and help fund other potential projects that are within their scope including awareness around mental health and suicide prevention. Donations are always welcome, and you can help by donating here.