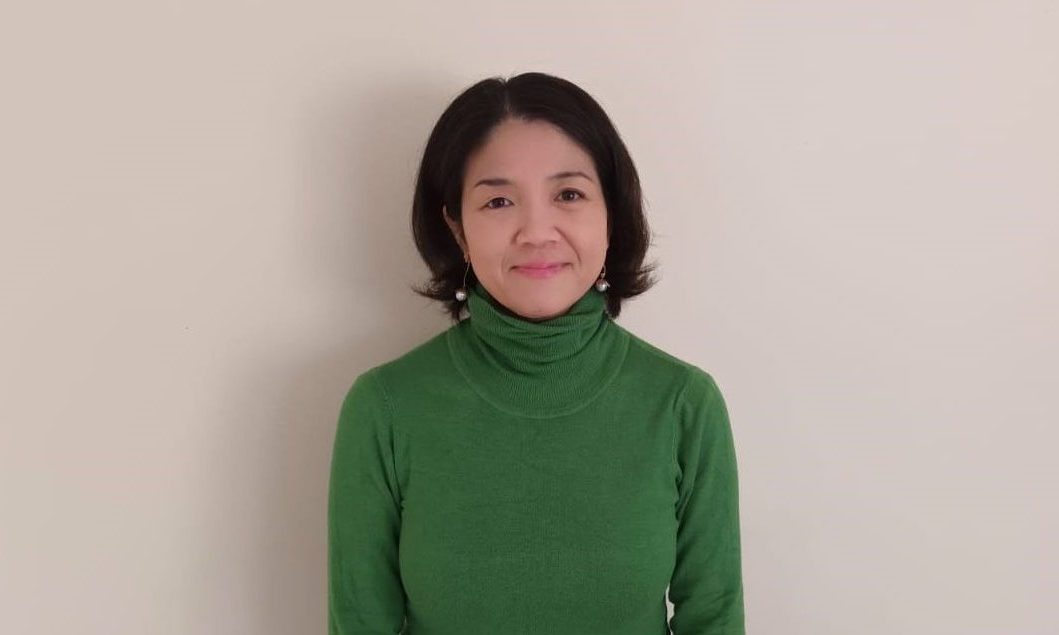 As part of the Tell Your Own Story campaign, Anita Bamettler spoke to UL Japanese tutor Sachiyo Masutani-Hurley about cooking, culture, and what she can’t live without in the kitchen

The French gastronome and epicurean Jean Anthelme Brillat-Savarin famously said, “Tell me what you eat and I will tell you what you are”.

Indeed, eating, but also the act of cooking and celebrating food as a whole, is indicative of an individual’s personality and culture.

We brought our to ‘Tell Your Own Story’ food questionnaire to Sachiyo Masutani-Hurley, a Japanese tutor with the Language Outreach Programme at the University of Limerick.

Describe yourself in a couple of words or sentences.

Where do you come from?

I am from the Hyogo prefecture in the Western part of Japan. I have lived in Ireland for twelve years; five in Dublin and the last seven in Limerick. I am married to an Irish man and have one child.

What foods or dishes represent where you grew up?

Most famously, there is sushi, which is a traditional Japanese dish that is prepared with vinegared rice, sugar and salt, accompanied by a variety of ingredients such as raw seafood and vegetables. Another popular dish is tempura, which are pieces of deep-fried seafood and vegetables. Equally representative of where I grew up would be ramen, which consists of Chinese-style wheat noodles served in a meat or fish-based broth, often flavoured with soy sauce or miso. Toppings such as sliced pork, dried seaweed, and green onions are used in ramen.

Is there a scent, spice, or dish that brings you back to your childhood?

It would have to be the scent of miso and dashi which is used to make Japanese fish broth and miso soup. In Japan, like many other countries, there is a wisdom that states breakfast is the most important meal of the day; this is a belief I was brought up with. I grew up watching my mother wake early each morning to prepare nutritious food for breakfast such as steamed rice, miso soup, omelette and natto (fermented soy beans). My mother made dashi with katsuobushi (bonito flakes) and niboshi (small dried fish) to prepare miso soup,  and it is that scent of dashi and miso, more than any other, that returns me to childhood.

Has anyone influenced you in your cooking? If yes, who?

My mother is my biggest influence and she introduced me to the idea that food is more than simply fuel, that food is something to be enjoyed and shared. My mother was a creative person in different fields, with food being one of them. She took great pride and enjoyment in the preparation of dishes and recipes, creating food that was both nutritious as well as delicious. Memorable food made for memorable occasions.

What is the most exotic food you have ever tried?

I spent a year of my early twenties studying in Pittsburgh in the United States, a cosmopolitan city, and that year was an eye-opening experience in sampling a variety of delicious foods from different countries. Among the most exotic were homemade Turkish dishes, prepared by my Turkish friend’s mother, such as dolma, bulgur salad and köfte. I had never sampled any food which tasted quite like these, and those foods left a lasting impression. Exploring different cultures through cuisine is something I really enjoy and a practice first really investigated in Pittsburgh.

What do you consider your greatest cooking achievement?

One of the aspects of living abroad is that preparing dishes from my home is sometimes difficult, as the necessary ingredients may not be as plentiful as they are in Japan. While a lot of the ingredients would be available in the Asian Market store, one or two essentials can frequently be harder to come by, so I developed methods and recipes in how to arrange and cook Japanese food using alternative products here. Necessity being the mother of invention, the proof being in the pudding – these cliches have actually added up to what I consider to be my primary achievement in cooking.

Do you have a cooking disaster anecdote to share?

A lot of cooking disaster tales begin with the dinner party and expectations going awry; mine would be no different. A meal at Christmas time to be cooked for my family-in-law, casual yet formal at the same time, as for the cook there is always a level of formality when cooking for invited guests.

I expected my guests at a certain time and the phrase ‘fashionably late’ didn’t really exist in the Japanese lexicon. Like bullet-trains that arrive on time, the many dishes of a prepared meal for the invited was ready, set, and all for go by the time the clock reached a certain point. My guests had an unavoidable delay on that particular day, and the process of re-heating, while not a foreign concept, was required.

My twelve years in Ireland have taught me some hilarious and fascinating phrases and sayings, with ‘Sod’s Law’ being one of them. The law states that anything that can go wrong will go wrong, and on that night, Sod (whoever he was originally), was right. The re-heating over an hour or so didn’t go to plan due to various distractions; some food was burnt to a crisp, and some burnt yet still edible. The meal as a whole was saved by the good humour of family and by the Christmas spirit, but the memory looms large as a near-miss semi-disaster in my cooking history.

What would we always find in your fridge?

Besides my husbands’ fizzy drinks, of which there can be many, what you would find most common in my fridge would be eggs, miso paste, cheese and some vegetables.

What is the cooking utensil or gadget you cannot live without?

A frying pan, which is an all-purpose player that can cook fry, simmer, and grill.

Do you have a ritual in preparing and/or serving food?

The primary ritual I would have is in sterilising the cutting board and knife with boiled water before I start cooking. I also wash my hands thoroughly.

What is your favourite herb?

A Japanese herb called perilla, as well as coriander, scallion, and rosemary.

Do you have a go-to food or dish when you need comfort, e.g. when sick or feeling low?

Comfort food would come in all kinds of goodies and recipes (ie chocolate, ice cream, etc), but my go-to dish when the weight of the world seems a little heavy on the shoulders would be Japanese broth-simmered udon noodle soup with egg. It is tasty, light on the stomach and gives you a feeling of warmth.

Do you prefer supermarkets or farmer’s markets?

For convenience I normally frequent supermarkets; however, when I have the opportunity or the time, I would generally prefer farmer’s markets as you can usually get very fresh products.

Do you prefer eating in or out?

Eating out can be a treat, the aesthetic of a nice restaurant with good quality food can be a memorable eating experience and I do like to eat out with the family. My actual preference, though, would be eating in. I prefer homemade food to eating out, perhaps because I am preparing it myself. I know what my family likes and the meals would be nutritious and balanced.

What is the best way to cook an egg?

My most favourite method for cooking an egg would be as part of a Japanese rolled omelette, which is seasoned with soy sauce, sugar and dashi.

Do you have a food pet peeve?

Only one I suppose, and that would be a decibel-bursting noisy eater.

What time do you usually eat the main meal of your day?

The main meal of the day would coincide with the Angelus; 6pm.

What did you have as a main meal yesterday?

Finally, please, share with us one of your favourite recipes.

I would like to share a very popular Japanese dish, Karaage. The dish is Japanese fried chicken.

The ‘Tell Your Own Story‘ campaign works to improve diversity in the media by empowering people to share their own stories; reducing stereotypes and fostering empathy.