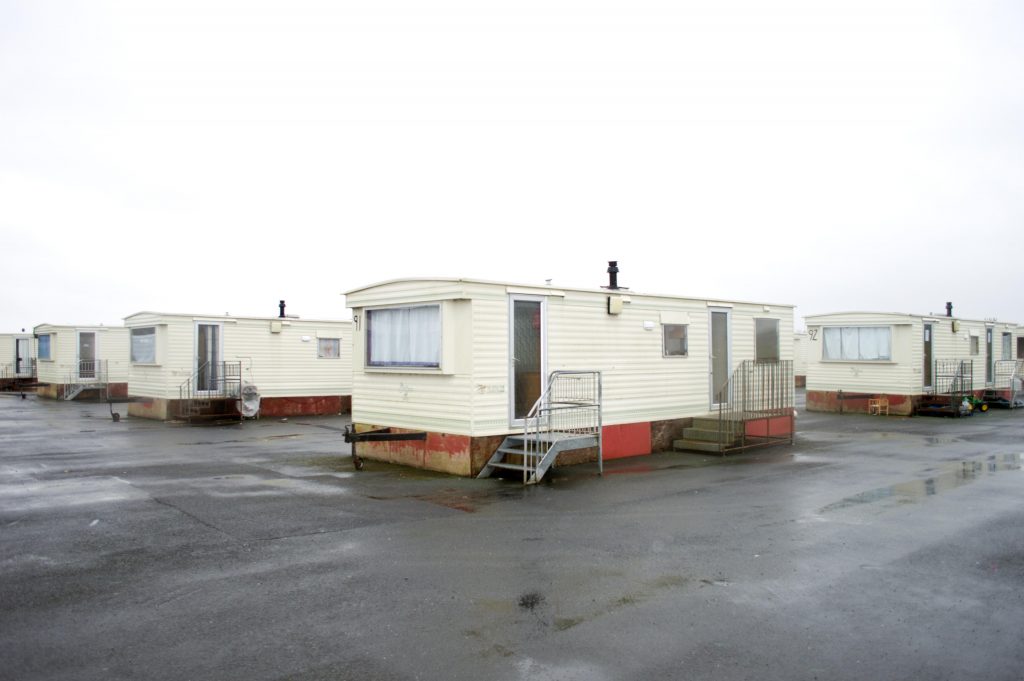 By: Zoha Kahn and Kate Devaney

In 1999, Direct Provision was brought in as an ‘emergency measure’ to cope with an escalation in asylum applications in Ireland.

Over 20 years later, Direct Provision is still in operation and what was once put in place to battle a crisis appears to have become one itself.

With recent announcements that the system will be abolished, it is unsure what this means for those currently still in the system or new asylum seekers entering the country.

While improvements have been made to the centres over the last few years, the living conditions still have severe impacts on asylum seekers’ mental health, career, social life and freedom.

While each individual has a different story about going through the process, Limerick Voice reporters Kate Devaney and Zoha Khan spoke to a number of people to explore their first-hand experience on the realities for asylum seekers in Ireland.

Here are their stories.

“After 25 years what do I do? All my money is gone, my business is finished, all my life is broken.”

Sedik Hadad has been living in Knockalisheen Direct Provision Centre in County Clare since early 2020.

The 51-year old Syrian native was settled in Saudi Arabia for over two decades before being forced to flee to Ireland because of new laws being passed which favoured a Saudi workforce.

Due to the oppressive regime in Syria and after seeing numerous of his expatriate friends being left for dead in Syrian prisons, Sedik knew he could not return home.

That is when he made the decision to travel to Ireland, leaving his wife and two children behind.

“After 25 years what do I do? All my money is gone, my business is finished all my life is broken.”

“I think it’s better to go to a good, human country where you can feel you are human. I feel here in Ireland good people are not racist here and respect Islamic and all people.”

“But it’s a long time, one year and three months; also my family in Syria is in danger there. I am afraid for my son, my wife, my daughter because everything there is danger now.”

“I know I am safe but I need my family. It is not natural to live alone.”

However, Sedik’s trials are far from over.

A sufferer of depression, Sedik yearns to be with his family and speaks of his fragile mental health.

“I have high depression and I take tablets so much that sometimes I am take tablets and sleeping all day.” he said.

He feels further isolated as a result of living in a Direct Provision Centre.

Sedik craves Syrian food as he does not like the food served in the canteen and as a result spends the meagre €38 weekly allowance on buying bread, olive oil and a pack of cigarettes.

He also added how the diversity of the asylum-seeking population is not acknowledged, and further excludes asylum seekers from wider Irish society.

“It’s so stressful to be in Direct Provision”

Syed Mosih Uddi is a Bengali asylum seeker who has been living in the Cork Direct Provision Centre for three years.

As the 35-year old awaits his interview, he has successfully completed a Level 5 qualification from Cork College of Commerce.

He had aspirations to complete a Level 6 qualification, however he decided against this when classes were moved online as a result of the COVID-19 pandemic.

The Bengali man is confident in his ability to integrate into wider Irish society but feels as if living in Direct Provision is stagnating him.

“It’s so stressful to be in Direct Provision. It is totally different from outside, when you go out you feel different. You don’t see your future and you can’t be positive.” he shared.

As a result of recent legislative changes allowing asylum seekers to work, Syed has been working as a security guard for Pfizer Ireland Pharmaceuticals in Cork for the past seven months.

However, he still faces challenges.

He has changed rooms three times due to issues with his roommates and says that he does not like the food they are served in the canteen.

One of the biggest challenges would be fear for the family he left behind.

“I want to call my family here. Sometimes I fear to call them and if they call me then I fear to pick up.” Syed said.

When asked for what advice he would give to a fellow asylum seeker, Syed responded:

“We try to help each other and we advise to be strong and to keep busy themselves. That is the only way because people have nothing to do all the time in Direct Provision.”

An asylum seeker who wishes to remain anonymous, originally from Afghanistan, undertook a six-month journey across numerous countries to reach Ireland.

In June 2017 they officially became homeless after losing their place in their at-the-time Direct Provision Centre due to some complications with his asylum application.

After months of sleeping rough, in April 2018 they secured a bed in a Direct Provision Centre.

He has had numerous clashes with the staff in his centre.

The Afghan native attributes this to their refusal to stay quiet and speaking up for themselves and on the behalf of others.

He shared stories of how the kitchen staff did not wear masks and how one staff member was picking their nose while serving food.

The most notable incident occurred when he called an ambulance after a security guard injured a disabled resident by using excessive force while breaking up a disagreement.

They also disclosed how the security guard attempted to provoke them by cursing at them while they simply walked past and then proceeded to make death threats.

The manager sided with the security guard and did not take any action against them, despite the incident being caught on the centre’s CCTV cameras.

Fearing for his safety, he rang the Guards and asked to spend the night in the Garda station as both the manager and the security guard had key cards to their room.

However, once he was assured by the Guards that no one would enter, he locked his bedroom door and spent the night in the room.

When contacted about this alleged incident at the Direct Provision centre a Garda spokesperson confirmed that officers had responded to a call at the address but said: “no offences were disclosed”.

A spokesperson for the Direct Provision Centre said all queries should be directed to the International Protection Accommodation Service (IPAS).

When contacted about the allegations a spokesperson for the Department of Children, Equality, Disability, Integration and Youth (DCEDIY) said that complaints should be made to An Garda Síochána, IPAS and/or through the independent Jesuit Refugee Service (JRS) helpline which is funded by the DCEDIY.

“The health and wellbeing of all residents during the pandemic remains the highest priority for this Department. To that end, a wide range of measures have been put in place across the accommodation network to address any COVID-19 related issues should they arise,” the spokesperson said.

The following individual has requested to remain anonymous out of fear that this interview might affect their application.

“People are fleeing to other countries to save their life and I am one of them”.

The 36-year old is one of many who paid a smuggler to bring them to Ireland, although at the time, they did not know what country they would be brought to.

“They choose where you go; you don’t choose for them.”

“I was in a rush and needed to get out, when you’re in a hurry to escape you don’t think about it,” he said.

The Ethiopian native came here because their home region of Tigray in Ethiopia is at war, and as he is part of a minority group, he feared for his own safety.

He left behind this father and brothers.

Despite residing in Ireland since 2018, he is still waiting to receive a decision on whether or not they have been granted refugee status.

It is standard practice for individuals in Direct Provision to be waiting years for an interview or decision on their status.

The former business owner and farmer says while there are issues with the way he lives, staying in the system and not getting an answer is what is “really hurting”.

The farmer has been in three different centres since he came here, and integrated themselves into the community by taking educational courses.

They were even granted a scholarship from an Irish University after filling out the CAO application.

However, they had to drop out of the scholarship because they were transferred to Waterford, without explanation.

This has happened three times.

“In this position you are weak, you don’t ask why. The letter comes for you to transfer and you go. These things happen, that’s the problem,” he stated.

He has now been in Dublin for nine months, after they were transferred from Waterford because it was “crowded”.

However, despite being moved so they would be safe, they have contracted the Covid-19 twice from living in the centre.

“A hundred people use one toaster, one microwave, how many people touch that?”

“There are so many people here and a lot of people have had Covid-19.”

“We feel the government doesn’t care about us because of this,” they explained.

The Department of Children, Equality, Disability, Integration and Youth said, “The health and well-being of residents in the accommodation centres is of the highest priority”.

“The International Protection Accommodation Services (IPAS) is always available to deal with any complaints from residents and residents are encouraged to engage with IPAS if they are unhappy with any aspect of their accommodation,” they added.

While there are positives to the system, such as the medical card and the ability to get a work permit, they feel  there are more negatives that decrease their quality of life.

Back in Ethiopia, they had their own business, their own farm and two homes.

He had what he calls a ‘nice life’.

He feels it is important for Irish people to understand the system, and know why people come here and claim asylum seeker status.

“They need to understand how it’s bad. I prefer to live back in Ethiopia but I can’t.”

“I always regret when I remember those times. I think people do not have the real information.”

He feels that asylum seekers should be recognised as ordinary people, who should participate in society and be treated in a human manner.

“People should know about the system. That’s what everyone dreams – to have a nice life.”

While each asylum seeker has their own story, it is clear they all share the same perspective: it is time to end Direct Provision.

The Department for Children, Equality, Disability, Integration and Youth commented by detailing the announcement of the new system, saying those who are in the system, “will be helped to integrate into Irish life, with health, housing, education, and employment support at the core of the system”.

“The aim is to have all residents in commercial centres benefitting from independent living by the end of 2021. The Standards also include commitments in relation to the provision of food, including access to a varied diet that respects cultural, religious, dietary, nutritional and medical requirements,” they added.