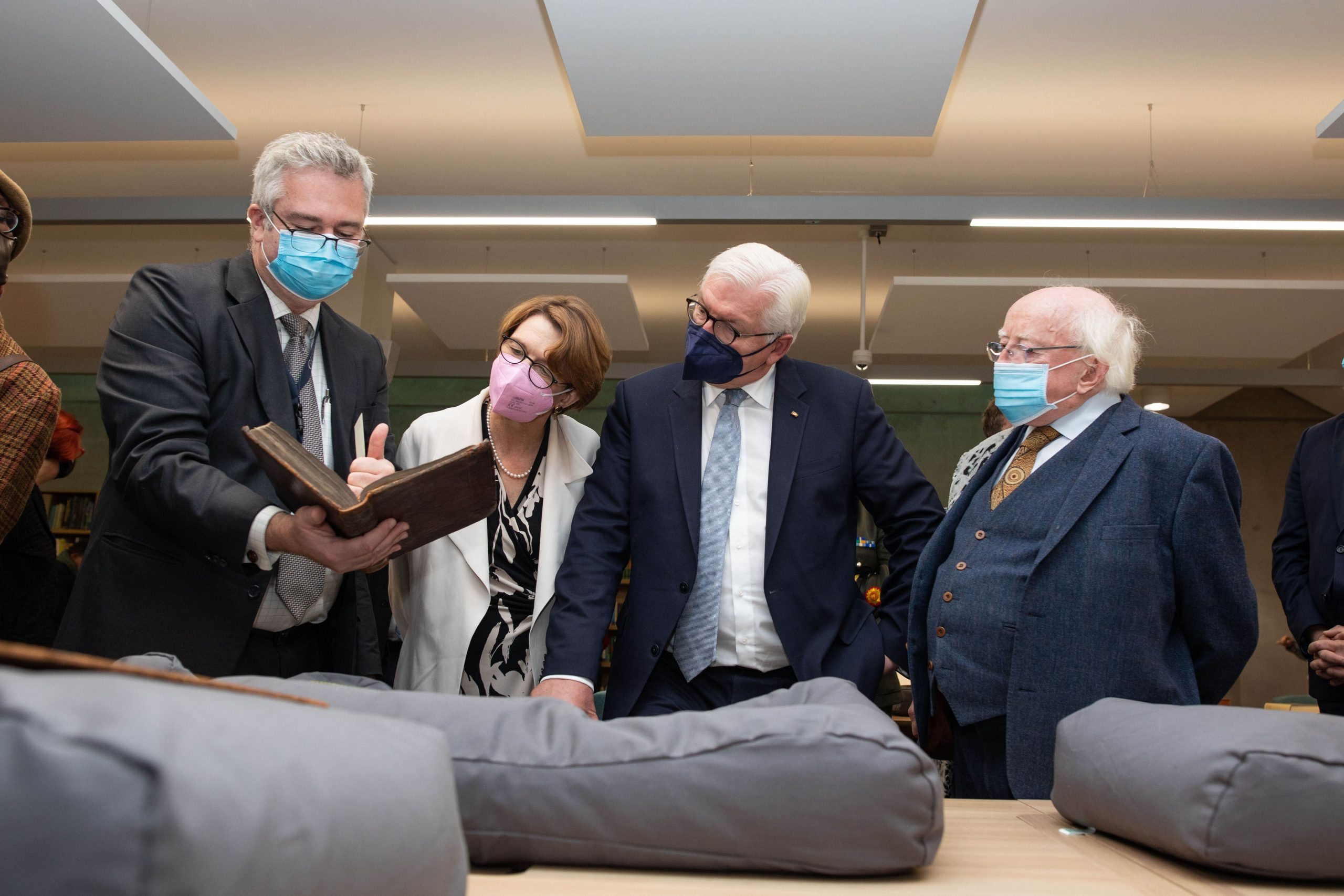 The University of Limerick hosted two state leaders on Friday, as President of Ireland Michael D Higgins and German Federal President Frank-Walter Steinmeier visited the UL campus for the Conference on the Future of Europe.

The presidents attended a student engagement session as part of the conference, where according to UL President Professor Kerstin Mey, they met “the scholars of today, who will become the thought leaders of tomorrow”.

The German and Irish presidents also visited the Glucksman Library where they viewed some of the library’s most  treasured items, including the first German edition of James Joyce’s Ulysses.

“Europe has always been at the heart of what we do”,UL President Professor Kerstin Mey said about the Conference’s student engagement session, which was based on the theme of ‘a stronger economy, social justice and jobs’.

“It is hugely important to note that education has a key role to play in imagining, creating and delivering the resources needed to realise a shared vision of a European future that is anchored in equality and inclusion, sustainable growth and shared prosperity”, Professor Mey said.

“The values of solidarity, partnership and cooperation that underpin a joint European approach to education has transformed University of Limerick from one on the periphery to one at the centre, which in turn benefits our staff and students”, she added.

Following the student engagement session, the European dignitaries moved to the UL Paviliion on the North Campus, where they looked at a hurling display and laid their eyes on the Liam McCarthy cup.