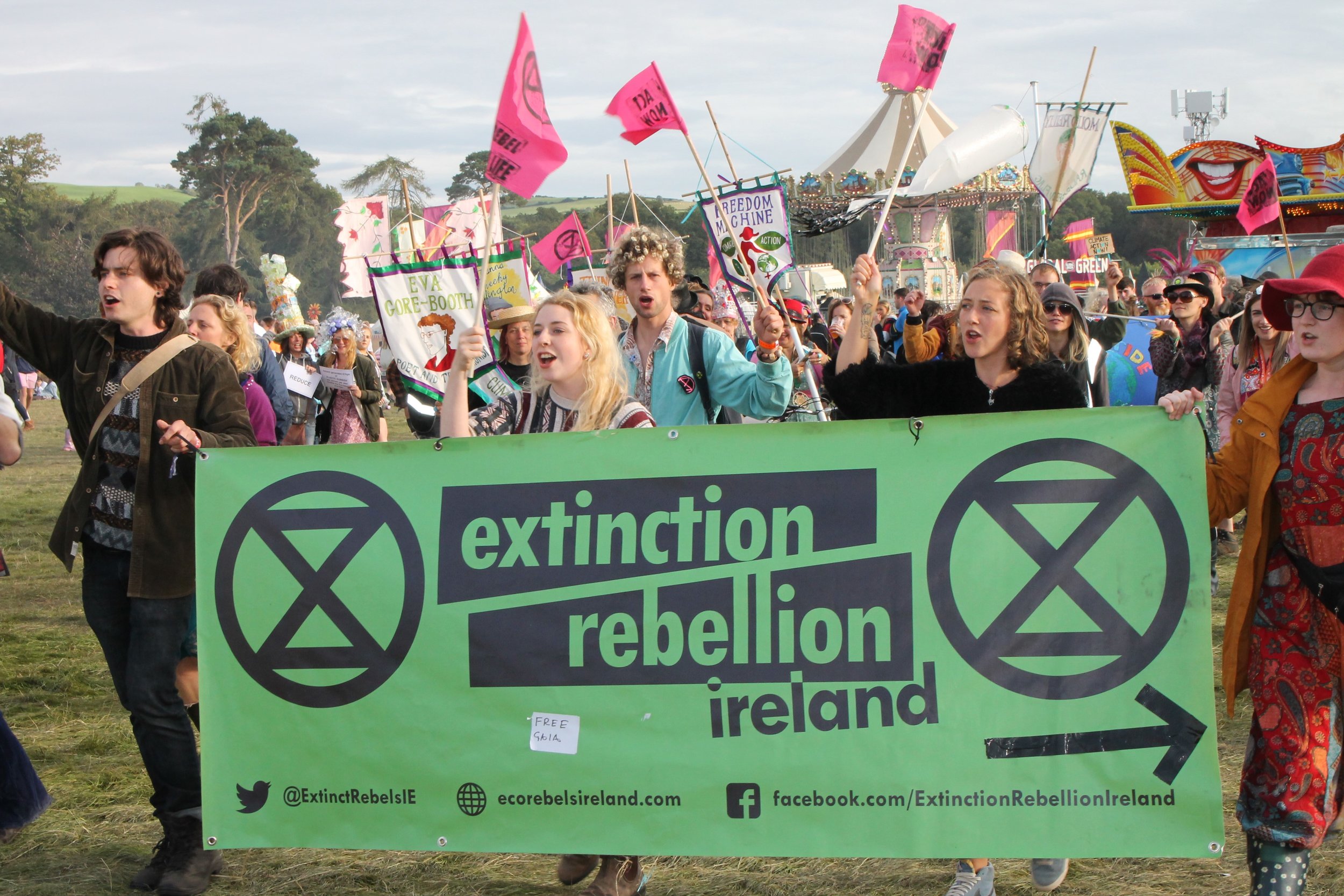 People across the world have been weighing on the recent protests carried out by the Just Stop Oil group. The organisation, who aim to bring awareness to the dangers of climate change, have been using controversial methods in order to put their message across, such as throwing soup at Van Gogh’s painting Sunflowers.

Manuel Salazar, Coordinator of Actions for Extinction Rebellion Ireland gave his thoughts on the protests.

“We totally support it. To be honest, Just Stop Oil or Insulate Britain, all these groups, they are sisters of Extinction Rebellion. So they are rebels and they come from Extinction Rebellion originally. What they are doing is something that is called civil disobedience. Civil disobedience is part of the approach that we talked to highlight all these issues about climate change and the urgency for those, so we are totally supportive of that.”

“We have been explaining after the events, why we did it, they way we did it. It is clear throwing soup into a painting, it looks shocking, but at the same time it brings the emergency.”

He said that the reason art is targeted during these protests is because “Most people will see it as a beauty, and most people will say it is something that needs to be protected”, which draws public attention to the demonstration.

He believes there is a form of hypocrisy at the reaction people have had towards the recent protests versus the issue of climate change.

“What is brings into our attention is that people are outraged about something, that is just a painting, and the don’t have the same outrage by the beauty that nature is offering us. It’s a total distraction from people so to understand, that something that is man-made is not as beautiful as what is done by nature.”

The opinion Extinction Rebellion has on the Irish Government plans to climate change are both positive and negative.

“It has been a mixed response. Some people think that we are going towards something more drastic and radical. Other people like myself I think that it’s not enough.

Definitely the Green Party which is basically the side of the Government that we are hopeful for, they have still a lot of problems, you know struggles with the other two parties that are not so environmentally orientated. So then there’s been a lot of compromise and for a movement like Extinction Rebellion that is just not good. We need actually drastic action and changes. So there’s mixed views, but in general we think that it’s not enough”

When asked if Ireland needs to move away from ‘traditional’ farming, he states, “Yes we have to.”

“But I think the main issue is the Big Agriculture. The big farming industry, not the small farmers.”

“We definitely have to do a lot of changed there, and to be more sustainable.”

Manuel believes that the Government’s plan to cut agriculture emissions by 25% by 2030 isn’t sufficient.

“It’s not enough. We need at least between 30 and 40% on that, so we definitely have to do changes there. However, we need to be careful as well that by doing these transitions, or these changes, farmers don’t get affected as bad, because we need to also keep them going. Someone has to produce food.”

“They have actually to sit down, more on the table, discuss more, and the go further. So it’s not ourselves against the Big Agriculture as it is because I don’t think we can completely remove it. But in general to get a compromise and they have to really reduce their emissions and bring back business to the small farmers as well, because they’re getting squashed in all senses. Definitely regulations, strong regulations have to be put in place and drastic changes in that industry to be more sustainable.”

Ireland has been deeply affected by the ongoing cost of living crisis, an issue that Extinction Rebellion are in full support of, including the Cost of Living Coalition.

“We know that the long-term solution for the cost of living, to reduce the cost of living is switching to renewables, since our economy is run for fuel and gas and so then the prices are high so we need to actually move away from those.”

Extinction Rebellion have a number of upcoming events, including a protest taking place November 11th at the Dáil.

“It would be great if people can join us here in Dublin”.