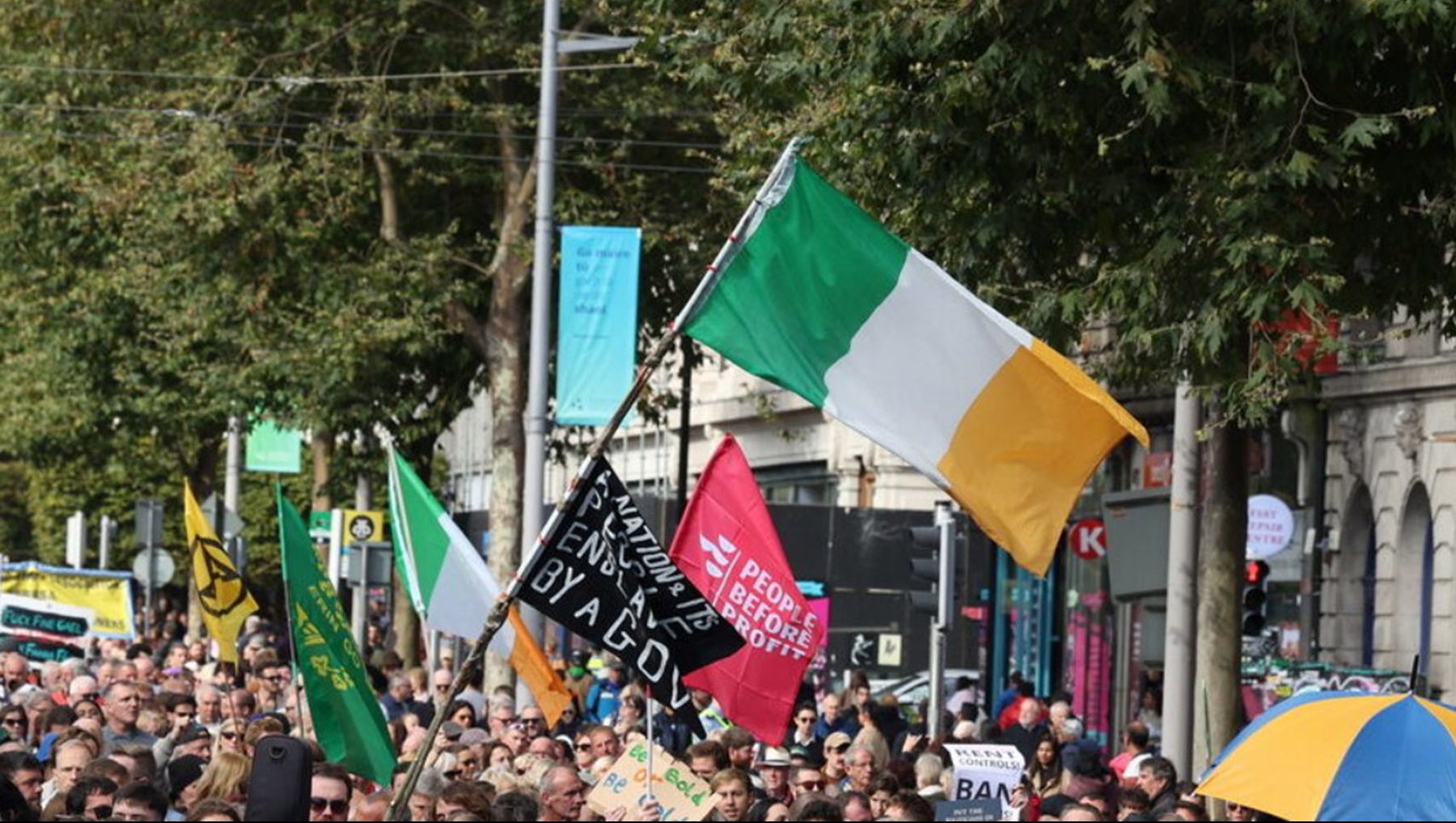 Two representatives from opposing political parties speak about building trust, getting elected and their desire to work for the people of Limerick City

Limerick City’s next local elections will take place in 2024, when Cian Prendiville of People Before Profit and Eric Nelligan of Limerick Aontú will run on behalf of their communities.

Both will see how far their work since 2020 has taken them in the bid to achieve political power on a local level, to establish authority and fund larger and more frequent projects to help fight injustice in the community.

In every election in the Limerick City constituency since its inception in 2011, all non-established party candidates have been eliminated by the fourth of nine rounds, gaining no seats.

Established parties that have previously held power in the Dáil or a good number of seats in Limerick have traded these positions amongst themselves for generations, apart from Sinn Féin, who endured a 92-year gap between their last Limerick TD in 1924 and re-entry in 2016.

The last newcoming parties to succeeded in Limerick City both did so in the same 1987 election, with the late Jim Kemmy’s switch from independent to founding the Democratic Socialist Party winning the ticket alongside fellow Limerickman, the late Desmond O’Malley, who also was re-elected with his newly formed party the Progressive Democrats.

Both men have since passed and so have their parties, leaving the status quo in place for a new generation of political heads to attempt to infiltrate the ‘Pigtown’ party pen.

The closest candidate to do so in recent years, reaching to the aforementioned fourth round, was Solidarity-turned-People Before Profit member, Cian Prendiville.

Prendiville won a Limerick City and County Council seat in 2014, following the success of he and fellow activists’ nationwide water charge protests.

“If we want to change things, we need to build an alternative to take on the greed of big business and the super-rich, both locally and internationally, “says Prendiville.

Having an interest in politics and social issues from an early age, Prendiville’s conclusion from the war in Iraq, at a time when he was still a schoolboy, was a sense of disgust and the belief that there is no real justice in the world.

Feeling that same sense of deliberate injustice and deep inequality within his community at home in Limerick City, he decided take action.

Of his early years taking part in school protests, Prendiville comments, “I decided that actually, if you want to change things, you need to get involved. Try to nudge those in power to do the right thing, or to try to at least push them in the right direction.

“My approach to campaigning and local activism is one of trying to organise people on their own, in their own powers. Teach people to rely on their own strength.”

From another aspiring, non-established party is Eric Nelligan, who represents Aontú Limerick. A secondary school teacher at St Munchin’s College, he had the urge to make a change after realising the affect it could have on the students he interacts with on a daily basis.

Nelligan has been interested in politics and world affairs since he was a child, reading newspapers while working in his family business. He, like Prendiville, believes that in order to see change in your community, you have to work with your community.

“On a matter I saw as life or death, I organised and planned canvasing teams around the Save the 8th campaign,” Nelligan tells the Limerick Voice.

His interest in actively seeking to promote and better the lives of his students saw him join Aontú Limerick, who he admired as, ‘”Regardless of stance, a party that stood for what they believed in, without other intentions, that would sacrifice political power for those beliefs.”

After the Abortion Referendum in 2018, Nelligan proved this intent and his desire to prioritise action over words, refusing to stand in the 2020 election as a Limerick Aontú representative.

“I didn’t want to stand up and be a fraud. I wanted to put in the groundwork before putting myself forward – to be known as a doer, not a shouter,” he adds.

The reality is that people don’t vote for candidates and for parties they don’t trust, but building that trust is easier said than done.

While Prendiville and Nelligan would disagree on a vast number of things, they are both committed to the importance of trust in their communities – and therefore have also found the most efficient was to obtain it.

“I think trust is crucial, and people do not trust politicians,” Prendiville admits. “When I was elected in 2014, I think it was on the basis that we had an organised campaign, and campaigned alongside the people. Going above and beyond to prove to people that you’re not in it for the personal gain, you’re in for the improvement of the community.

“We were working with people who saw me – first-hand – working hard, organising protests, and they were out on the streets with me. That’s the trust to build on.”

Nelligan touches on the same points, but adds, “Most people that stand for office, and especially those that get in, will change any stance – be it on abortion, same sex marriage – just to appease their party, their constituency and gain power. People don’t trust frauds, and we can all see the results of that loss of trust over time.”

“Limerick Aontú strive to be a party of action. We run homeless relief shelters to help those that have been forgotten by the state, we campaign for issues without other intentions. I do want to see less abortions carried out in Ireland, but I also understand why they take place. The cost of having children here is enormous, so, breaking line from other conservative parties, we would definitely like to increase child benefit.

“Because of our progressive and conservative beliefs, Aontú’s work is work done alone. We’re involved because we care about our community and want to show that even without help, we show up and we act.”

The results of the 2024 local election will decide whether Prendiville and Nelligan’s parties can create a historic outcome in Limerick City and become the first non-established parties to disrupt the status quo this millennium. Of course, this would be on the back of what is already due to be a seismic election, with former outsider party Sinn Féin becoming increasingly likely to take office.

See the full list of Limerick City and County Councillors.